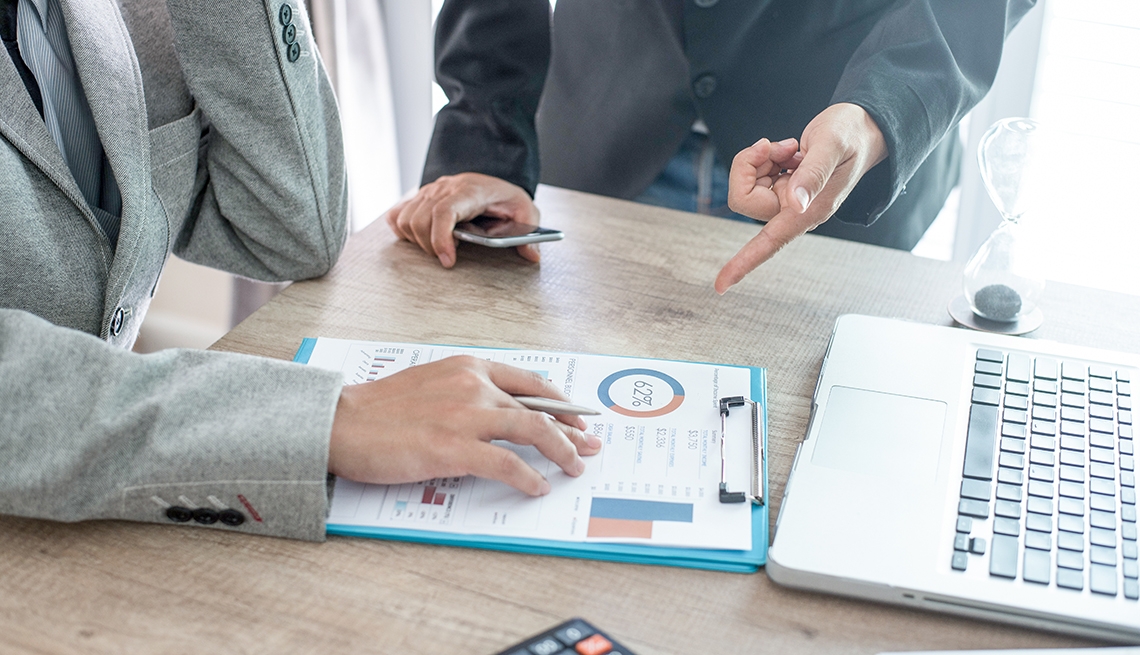 En español | The regulation the Securities and Exchange Commission (SEC) has proposed to protect investors from bad financial advice needs to require advisers to put their clients’ interests first and include disclosure forms that are easy for consumers to understand, AARP says in letters commenting on the SEC draft rule.

AARP submitted three letters to the commission Tuesday, the day the public comment period for the proposed rules closed. While commending the SEC’s goal of protecting investors, AARP recommended at least two significant ways the rules could be improved. First, AARP says that by not adopting a “fiduciary standard” — which requires financial professionals to put their clients’ best interests first — the proposed rule leaves investors vulnerable to hidden fees and bad advice.

According to one estimate from the White House Council of Economic Advisers, consumers lose as much as $17 billion each year due to profit-driven advice from financial advisers and brokers.

Second, AARP urges the SEC to simplify both the format and the language of the disclosure forms financial professionals will be required to give potential clients if the new rules are implemented. Under the SEC proposal, the forms would be four pages long. AARP favors a shorter version that would put the key information on one page to avoid information overload. AARP also says the SEC should ensure investors are given these forms with enough time to digest them, rather than get them just before they have to finalize a transaction.

“We heard over and over from consumers at the commissioners’ roundtable events in every city that investors want clarity in the forms and they want to know that the advice they receive is in their best interest,” said AARP Legislative Counsel David Certner, who testified before the SEC Investor Advisory Committee in June.

AARP is working with other consumer advocates and professional groups to test the proposed disclosure form and plans to share the results with the SEC. This research follows recent AARP polling on what Americans age 50 and older think about various investor and consumer-protection reforms.

“Almost 70 percent of respondents agreed that the government should establish a rule that would require professional financial advisors to give advice that is in the best interest of the account holders when giving advice about retirement accounts,” says one of the AARP letters to the SEC. “In addition to a fiduciary duty of care, respondents have favored upfront disclosure of fees, commissions, and potential conflicts that could bias advice.”