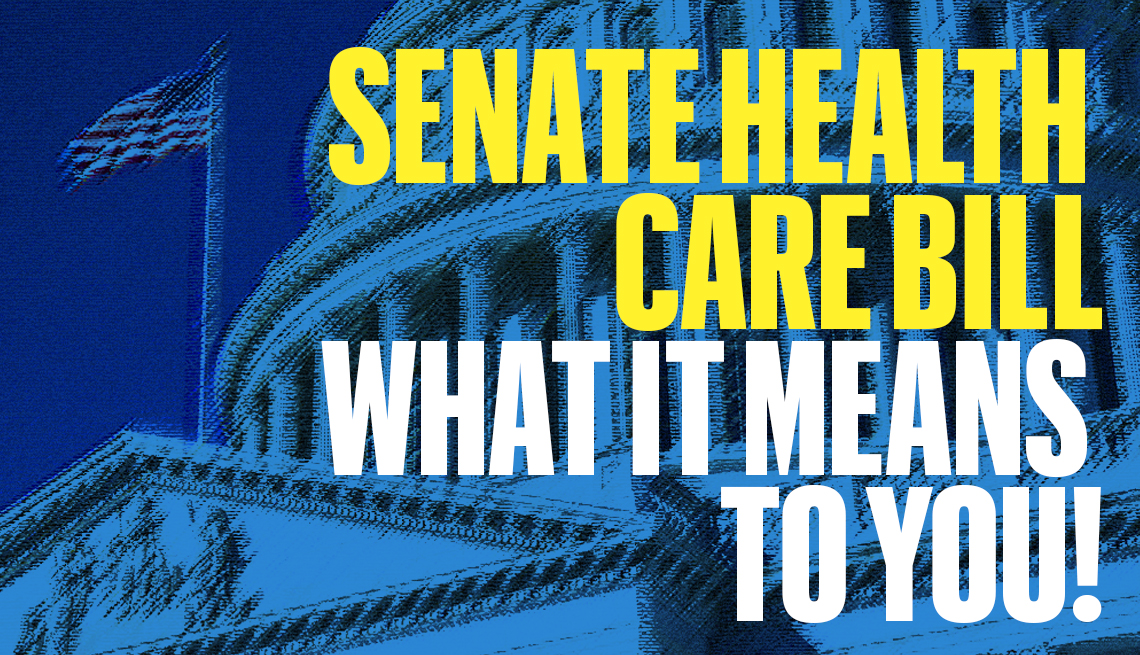 The legislation would hit millions of Americans with higher costs and result in less coverage.

En español | Senate leadership Thursday unveiled its version of a replacement for the Affordable Care Act (ACA), producing a bill that would allow insurers to charge older Americans extra for coverage while reducing subsidies and slashing Medicaid, which provides health care to 1 in 5 Americans.

The sweeping Better Care Reconciliation Act of 2017 also would allow states to waive important consumer protections including essential health benefits. This would allow insurance companies to no longer offer or drastically increase the cost of the coverage people need and depend on, particularly those with preexisting conditions. At the same time, the Senate bill would give billions of dollars in tax breaks to the health industry and wealthy individuals.

“This new Senate bill was crafted in secrecy behind closed doors without a single hearing or open debate — and it shows,” said Nancy LeaMond, executive vice president at AARP. “The Senate bill would hit millions of Americans with higher costs and result in less coverage for them. AARP is adamantly opposed to the Age Tax, which would allow insurance companies to charge older Americans five times more for coverage than everyone else while reducing tax credits that help make insurance more affordable.”

As it did with the American Health Care Act (AHCA), which the House passed in May, AARP vowed to hold senators accountable by informing its 38 million members how they vote on their health care bill.

Here’s a look at some of the key provisions of the Senate measure, which Republican leaders would like to bring to the floor for a vote before the July 4 recess.

The Senate bill would restructure the Medicaid program, which provides health care coverage for 74 million poor and low-income adults, children, pregnant women and people with disabilities. Medicaid also pays for long-term care services and supports, including home- and community-based care, and covers two-thirds of the care for people living in nursing homes.

The bill would phase out the additional federal funding 31 states and Washington, D.C., receive to expand their Medicaid populations. This phaseout would leave states with a huge deficit.

In addition, the Senate measure would cap the amount of Medicaid funding a state can receive for each person enrolled in the program starting in 2020. The bill also would give states the option of requesting a lump sum payment, called a block grant, specifically for adults who are not elderly, disabled or included in the Medicaid expansion.

These changes mean less federal money would be available to the states for Medicaid. Starting in 2025, the rate of growth of the per capita cap would decline significantly, meaning even deeper cuts to the program. Given the aging demographics of the country, the cap would not keep pace with the funding necessary to support the needs of the senior and disabled population.

Current law bars insurers from charging older adults more than three times as much for premiums as they charge those who are younger for the same coverage. Both the AHCA and the Senate bill would allow insurers to charge older adults five times as much, and states could receive waivers to remove even that limit.

The Senate bill would allow states to request waivers to opt out of these essential health benefits. Allowing states to waive the basic benefits standards could mean that important coverage for people may not be available, including coverage depended on by individuals with preexisting conditions.