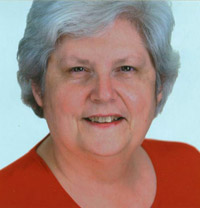 Health care is one of those issues that affect all of us. Young or old, married or single, Republican or Democrat, everyone hopes for good health for themselves and their loved ones, and we all need access to affordable insurance and appropriate care in the event of an illness or accident. Perhaps that is why policy discussions around health care can be so heated. It is an intensely personal issue that has a real and immediate impact on people’s lives.

In May, the U.S. House of Representatives passed legislation — the American Health Care Act (AHCA) — that would make significant changes to America’s health care system. At AARP, we’ve taken a careful look at the bill and found that the changes would do much more harm than good, making health insurance unaffordable for millions of older Americans, undermining protections for people with preexisting conditions, weakening Medicare and fundamentally altering the Medicaid safety net in a way that would lead to fewer services for those most in need.

Analysis of the AHCA by the nonpartisan Congressional Budget Office (CBO) shows that some older Americans could end up paying $14,000 per year more for insurance than what they pay today. The timeline for Medicare solvency would be shortened, and $834 billion in Medicaid cuts would shift costs to states and jeopardize essential care. In addition, the CBO says that “people who are less healthy (including those with preexisting or newly acquired medical conditions) would ultimately be unable to purchase comprehensive nongroup health insurance at premiums comparable to those under current law, if they could purchase it at all — despite the additional funding that would be available under [the AHCA] to help reduce premiums.”

AARP strongly opposes this deeply flawed bill, a position shared by an overwhelming majority of Americans. A recent Quinnipiac University survey found that only 20 percent of Americans support the AHCA.

The debate has now shifted to the Senate, but the discussions are happening behind closed doors. This lack of transparency is very troubling. According to a new poll from the Kaiser Family Foundation, more than half of Americans — 55 percent —- want the Senate to either make changes to the House-passed bill or not pass it at all. And even larger majorities have strong feelings about specific provisions. Fifty-eight percent of Americans would be less likely to support a plan that increases what older people pay for insurance, and nearly two thirds — 65 percent — say they are less likely to support a bill that lets states decide if insurance companies can charge people more for preexisting conditions.

But as policymakers huddle and horse-trade to find votes, the American people are in the dark about what these changes might be. How will the new bill affect insurance premiums? Will families dealing with common illnesses like diabetes, cancer and heart disease be protected? Will the tax credits that help millions afford coverage be reduced? Will funding that extends the solvency of Medicare and ensures that low-income seniors and people with disabilities have access to the services they need be cut?

These are not abstract questions. The answers affect millions of families across the country.

The public may not be hearing much from their senators about health care, but we can make sure Congress hears from the public. Just last week, AARP volunteers and staff from all 50 states fanned out on Capitol Hill for meetings with more than 300 congressional offices. Our TV ad, running in eight states, highlights how the House-passed bill would impact older Americans.  We’re urging our members — and all Americans — to contact their senators and tell them to go back to the drawing board and do better.

Senate leaders have said they want to vote on a bill by the end of the month, without holding hearings or releasing the bill in advance. The American people deserve more. There should be a full and public conversation about what that legislation would do and how it would impact their lives. They need insurance that is more affordable, not less, and coverage that they can count on no matter their age, income or whether they have a preexisting condition.