En español | The phone at my home rang one recent Wednesday evening, and on the other end was a woman with exciting news for me: "You qualify to receive free diabetes supplies." Records identified me as having the condition, she said. 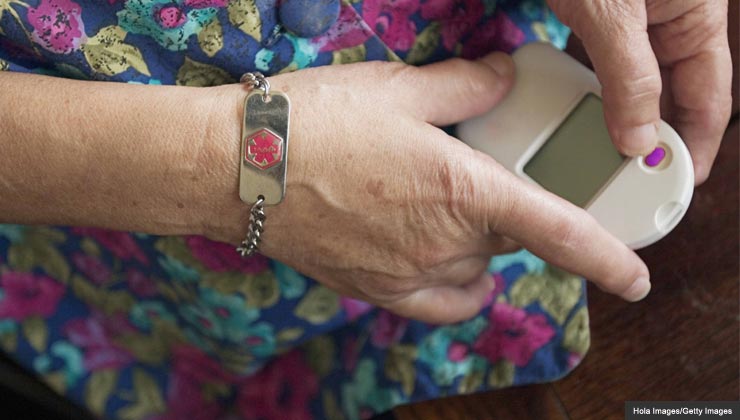 Telemarketers offering free diabetic supplies may be after your personal info.

Her offer, of course, seemed less than authentic, and for two other reasons. First, I don't have diabetes. And second, she was addressing me by the fake name I use when I list my phone number in public directories — whenever I hear that name, I know right away the caller is a telemarketer looking for business.

I played along. Her next statement was the final tip-off to a potential rip-off: "Before the supplies can arrive, I need to confirm your condition with your age, Social Security number and the name and phone number of your doctor."

You should never give out personal identifiers like those. They can be used to steal your identity for financial fraud or to file false claims with Medicare or other insurers.

The National Diabetes Association, whose business license is listed as "suspended" in California state online records, did not return telephone and email queries from Scam Alert. The organization operates at least two websites and describes itself as "a non-profit organization that aims to improve the diabetes management of the 24 million Americans affected by the disease."

The American Diabetes Association would not comment on the sound-alike organization, but in February issued a statement about calls falsely being made in its own name.

"We never ask an individual for personal information such as Social Security number, birth date, Medicare, meter or insurance information," it said.

Free medical supplies — particularly for diabetes — are common bait in scam phone calls. In the most common variation, which has recently prompted warnings by officials in several states, phoning fraudsters claim to be Medicare employees.

In these long-established "medicons," which historically increase during summer months, the goal is usually to get your Medicare number — which is the same as your Social Security number — and sometimes the numbers of your bank and credit card accounts as well.

Or the goal may be medical identity theft, in which someone gets free medical treatment in your name.

So if you get a call like this one, provide nothing — not even a "yes" to "Is this Mr. or Mrs. Your Name?" Don't give these people anything.

For bona fide help with free or low-cost supplies, you should place the call yourself — to your doctor or to a condition-centric group such as the American Diabetes Association or American Heart Association. Programs run by these organizations in conjunction with pharmaceutical companies, manufacturers and discount retailers may be restricted by income.

Sid Kirchheimer is the author Scam-Proof Your Life, published by AARP Books/Sterling.