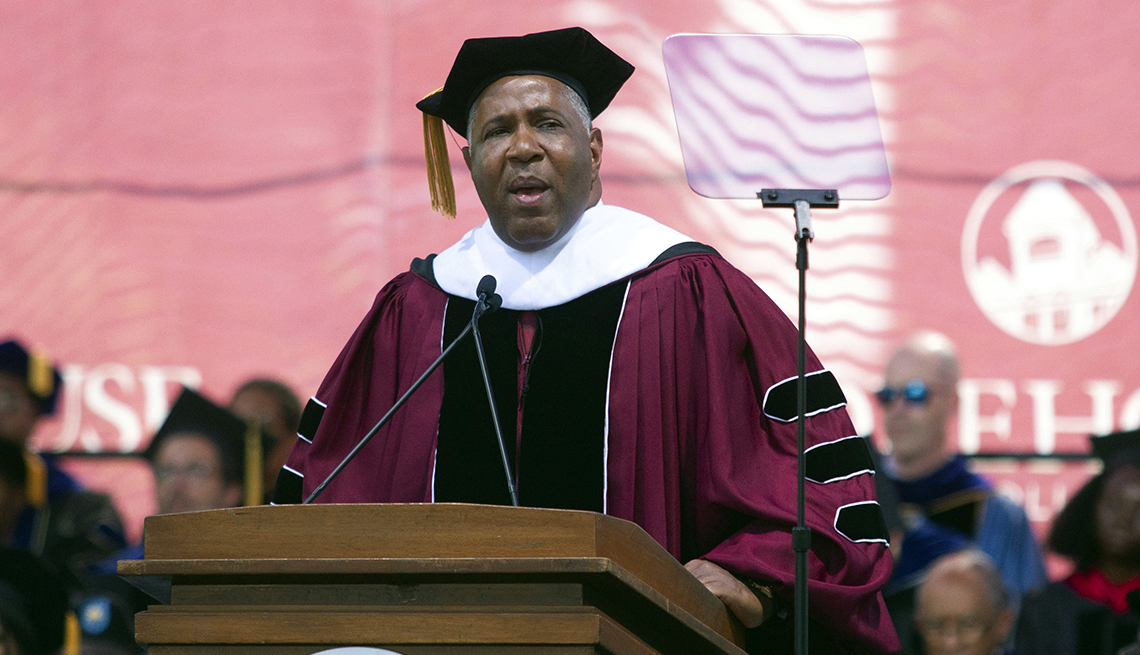 It's a historic graduation gift that keeps on giving. Billionaire Robert F. Smith's promise last spring to pay the Morehouse College Class of 2019's student loan debt was expanded to cover the student loans their parents took out for their children's educations, the school announced Friday. Smith's generosity could raise awareness of the growing amount of student loan debt held by adults age 50 and older, money they borrowed either for their kids to attend college or for their own education.

"This liberation gift from Robert Smith — the first of its kind to be announced at a graduation in higher education — will be life-changing for our new Morehouse Men and their families,” David A. Thomas, president of Morehouse, said in a statement.

Smith, founder, chairman and CEO of Vista Equity Partners, has now donated $34 million to more than 400 of the students and parents of the historically black college for men.

"It is our hope that our graduates will use their newfound financial freedom to pursue their career goals, to lead and serve the community, and to remember the spirit of the gift given to them by paying it forward to support the education of future classes of Morehouse Men,” Thomas said.

At Morehouse, student loan debt at graduation averages between $35,000 and $40,000, higher than the average for students at historically black colleges and univerisities (HBCUs). The average student loan debt for HBCU graduates is twice as much as for non-HBCU students, according to the United Negro College Fund.

"Morehouse's program to provide debt relief to new graduates is a fundraising opportunity that should be studied and duplicated nationally,” said Michael L. Lomax, president and CEO of the United Negro College Fund. "The impact of such a gift, particularly for minority or economically disadvantaged families, could accelerate the growth of a more diverse and robust middle class.”

America's student loan debt is over $1.5 trillion, according to the U.S. Department of Education. People age 50 and older owe 20 percent, or $289.5 billion, of that total, up from $47.3 billion in 2004, an AARP study found. In 2015 “approximately 29 percent of the 6.3 million borrowers ages 50-64 were in default,” meaning payments on a loan were at least 270 days past due. And among the 870,000 people over age 65 who had student loan debt that year, 37 percent were in default, making it possible for the federal government to take up to 15 percent of their monthly Social Security benefits, the study found.

Forty percent of adults said student loan debt had prevented or delayed them from saving for retirement, and 32 percent said it stopped or set back their plans to buy a house, according to a separate AARP poll. Morehouse says that it plans to study how the $32 million gift will affect the lives and careers of the alumni without financial strain. The school hopes that future investments will provide students with scholarships and access to financial literacy programs that detail the impact of debt on family budgets.