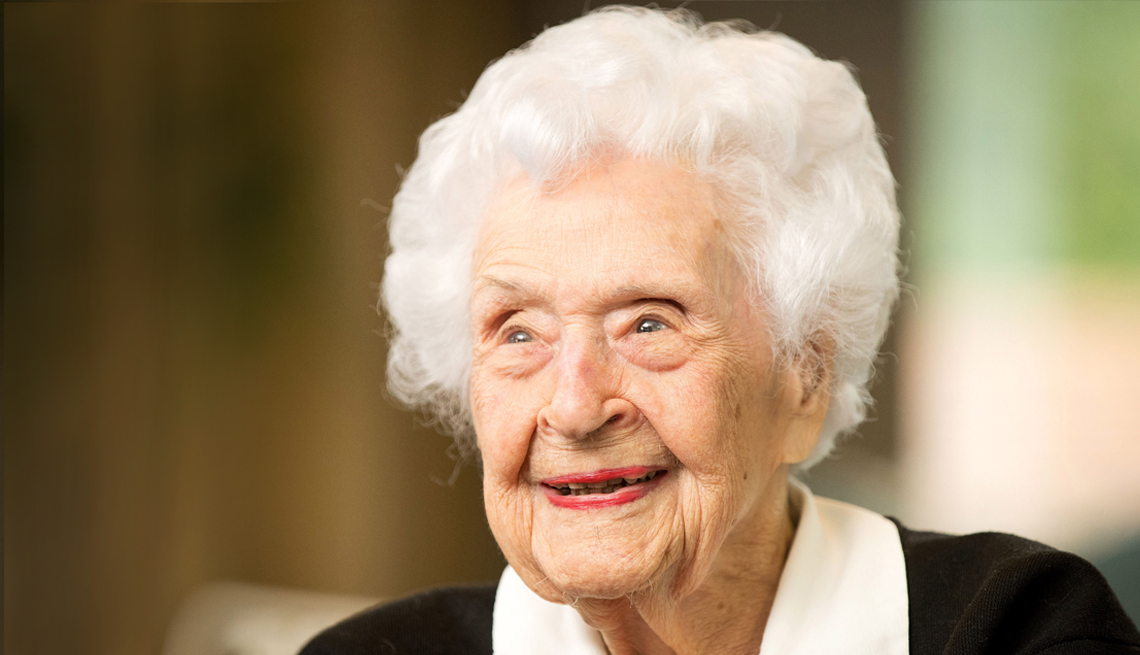 Thelma Sutcliffe shown at her 110th birthday celebration. She is now 114.
Omaha World-Herald
By
Katherine Skiba
AARP
En español
May 20, 2021

Meet the oldest person in America: Thelma Sutcliffe, who is 114 years old and counting. A farmer's daughter from Omaha, Nebraska, she says not worrying and not having children have been key to her longevity.

Sutcliffe was born Oct. 1, 1906, the year an earthquake leveled San Francisco, President Teddy Roosevelt won the Nobel Peace Prize and Blibber-Blubber, the prototype for bubble gum, was invented. Twenty more men have been president during her lifetime. She was a girl when the flu pandemic erupted in 1918.

Today, hers is a quiet reign as America's grandest dame. “I am always a lady. Very kind and private,” she told AARP through an intermediary at her senior living facility.

A two-time survivor of breast cancer, Sutcliffe never smoked and occasionally drank, though not in her later years, friends say. She drove until she was 97 and until recent years lived alone in a downtown Omaha high-rise for adults 55 and older.

Her hearing and eyesight are failing, but she remains “very, very, very, very sharp,” says Luella “Lou” Mason, 85, a friend who still resides in the high-rise. They remain close.

Sutcliffe has been a widow for nearly 50 years. Her nearest relative is a 93-year-old nephew, Warren Sorenson, a retired Church of God minister in Arizona. Talking about her, he says: “I really think that genetics is the key. Some people like to think it's because they live good or don't smoke or whatever, but I really think genetics is probably the key factor." 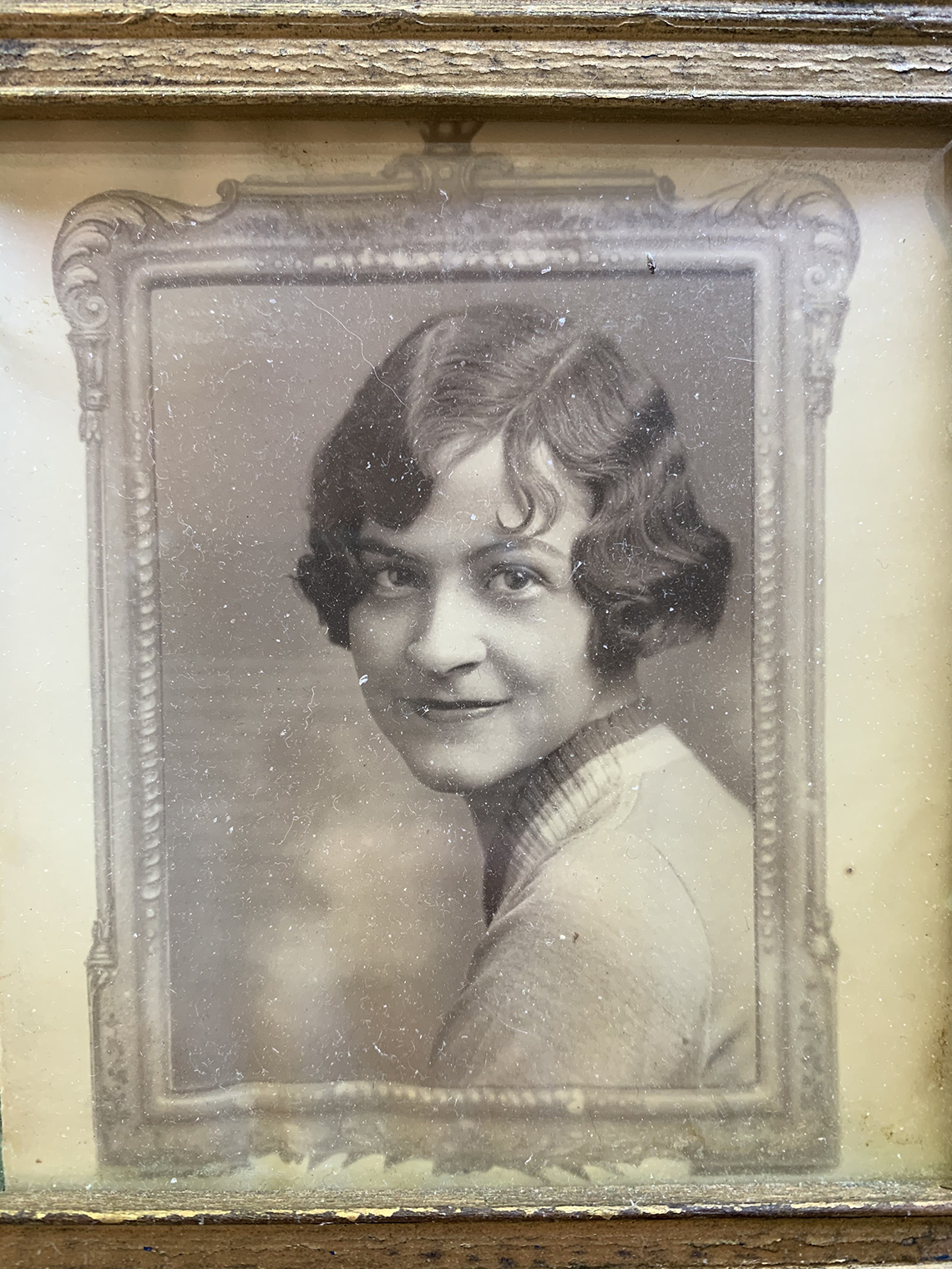 Sorenson's mother, Marie Kelso, who was Sutcliffe's older sister, died at age 106 in 2011. “The flu went through the assisted living facility, and she was gone in less than a week.” he says.

Sorenson has gotten closer to Sutcliffe because since she turned 90, he and his family have made annual trips to Omaha for her birthday, saying: “She's a very precious person to my wife and I.” COVID-19 restrictions, however, kept them away last October.

As he tells it, she is living a quiet twilight. He calls Sutcliffe “a lady's lady. And a hostess. Wanted to be proper. She wanted to make sure that everyone was taken care of.” He remembered her 100th birthday, when about 300 people turned out for her party at the high-rise, and she greeted them at a reception line, standing the whole time, refusing a chair.

Sutcliffe, who has received the COVID-19 vaccine and avoided the contracting the illness, knows she reigns as the country's oldest supercentenarian, friends say. But she is introverted and “hasn't been interested in being made a fuss of,” says Sister Kathleen Kluthe, 77, a Catholic nun and hospice chaplain who serves Brighton Gardens of Omaha, where Sutcliffe lives.

Centenarians have been growing in number. In 2019 there were about 100,322 people in the U.S. age 100 or older, the Census Bureau says. That's roughly the population of Bend, Oregon. Supercentenarians are at least 110, but the Census Bureau doesn't estimate the size of this age cohort.

Thelma Sutcliffe, at 114, became the oldest person in the U.S. on April 17 upon the death of Hester Ford, who was 115 years old, possibly 116. Official records vary. Ford is featured in this gallery of notable people who died this year.

Sutcliffe's friend Mason says that for more than a year, pandemic restrictions meant she couldn't make her once frequent visits to Brighton Gardens. The two women finally met again in April. To mark Sutcliffe's birthday in October, Mason brought brightly colored flowers to the facility. Mason says while Sutcliffe has difficulty seeing — so much so that she doesn't watch TV — she can detect bright colors. Hot pink is a favorite. Ice cream is another passion. 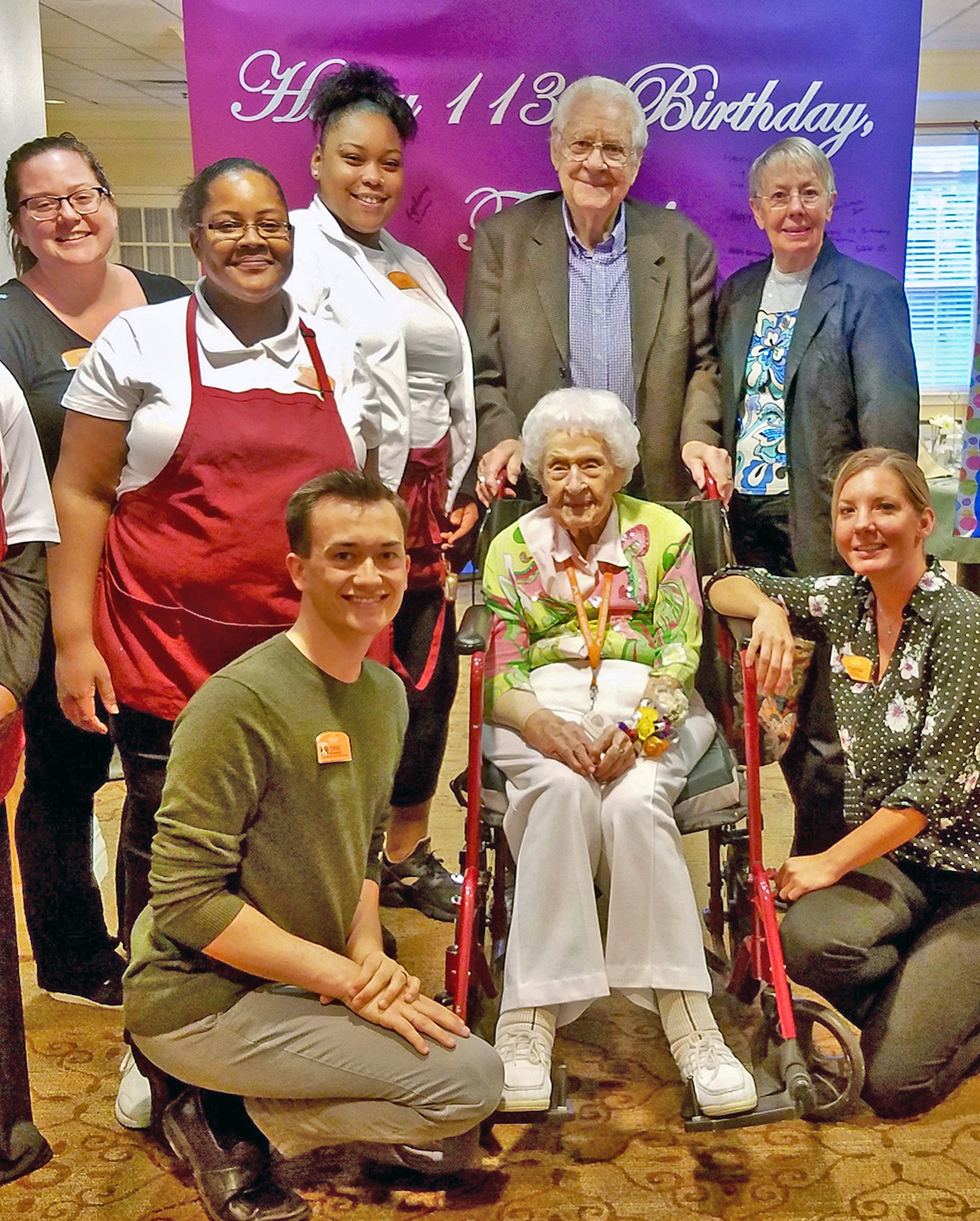 Sutcliffe, who married at 17, says the happiest day of her life was her wedding day. The Omaha Morning Bee reported that Thelma Liesche, as she had been known, and William T. Sutcliffe obtained a marriage license on Sept. 3, 1924, in Council Bluffs, Iowa. Both were Omahans. He worked for the U.S. Postal Inspection Service, according to their nephew. Thelma Sutcliffe was a civilian worker for the War Department during World War II but otherwise never worked outside their home after marrying.

Talking about her spouse, who died in 1971, Sutcliffe says: “He was my best friend. He loved to travel, and he loved playing golf.” Africa and Mexico were among their destinations, the nephew says.

Some years after losing him, she moved to the high-rise, where she and friends met on Saturdays to have lunch at its restaurant and later play bridge, Mason says: “She was an excellent player — I would bet on her today if the cards were big enough."

Bridge games
are a memory

"She has very limited sight and she has difficulty hearing, and so especially with the COVID, she's being restricted to her room, and so all she has to do is sit. So there's very little pleasure,” according to Sorenson, who says she derives happiness from friends and family.

Kluthe calls it “sad and heartbreaking” that she has not been able to see Sutcliffe because of COVID-19 restrictions. Mason, though, has seen her, by appointment, and began bringing her Ensure out of concern about her diet.

The nun began visiting Sutcliffe in March 2019, a year before shutdowns. “COVID, I think, really did set her back,” Kluthe says. “No one was able to go down to the dining room; the meals were brought to her room, and they're struggling with her now to get her to go down there” for communal dining.

Beseeching God and the angels

Often during visits Kluthe and Sutcliffe prayed. Once the nun told her she had asked God and the angels to take care of her. Kluthe even wrote that down. “She was so cute,” the nun recalls. “She said, ‘Boy, they've got a big job.’ “

Mason thinks the prayers will be answered. “I really think she will be here for 115. I have no doubt,” she says. “She's in excellent health. The only thing is her eyesight and hearing."

Thelma Sutcliffe, 114, answered AARP's questions through an intermediary at her senior living facility in Nebraska. Here are excerpts:

On her secret to longevity: “I never had children, and I don't believe in worrying at all. What good does it do? That's how you live to be my age."

On her advice to Americans: “Be kind and have fun!"

On her Nebraska farm childhood: “We always had chores to get done every day."

On her parents: "They were kind and hardworking."

On how far she went in school: “High School, District 56."

On her husband: “He was my best friend. He loved to travel, and he loved playing golf."

On her biggest life challenge: “Probably the Great Depression, but it was like that for everyone."

On her civilian service during World War II: “What can I tell ya? It was a war!"

On the role spirituality played in her life: "It didn't."

On giving up driving at age 97: “I could barely see or hear."

On three words to describe herself: “I am always a lady. Very kind and private."

On the biggest misconception about her: “That I can be mean. But I know what I like."

On her biggest joy: “Living day by day!"

On her biggest challenge now: “Missing my friends and my family."

On how she regards being the oldest American: “We don't have to talk about that." 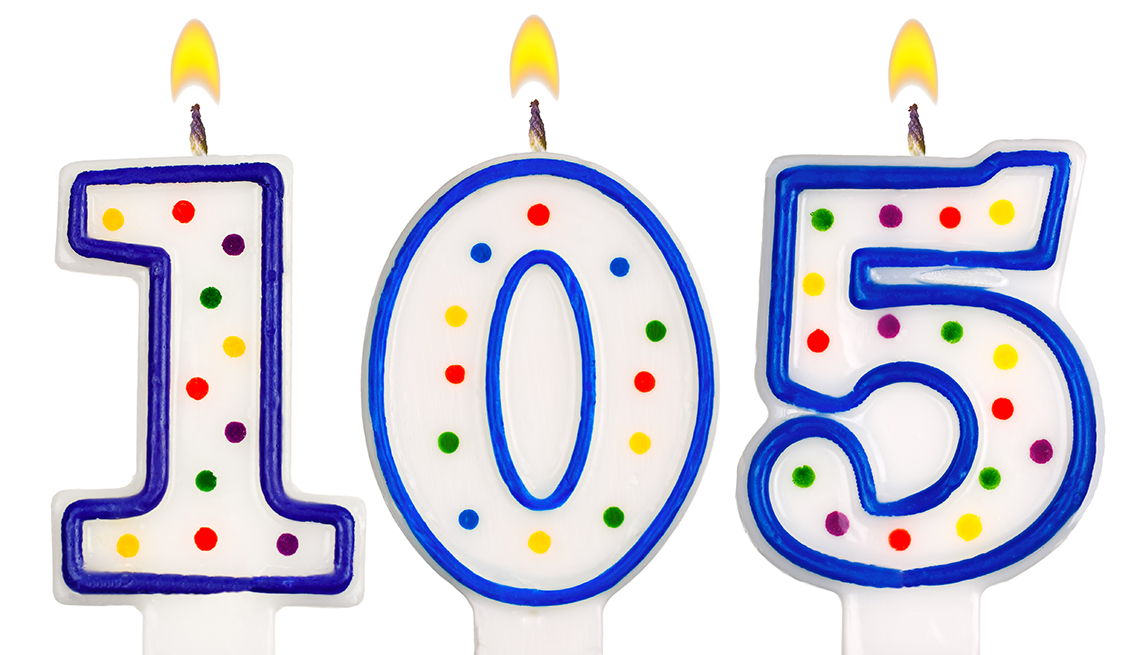 Mortality rates for those who make it past 105 level off 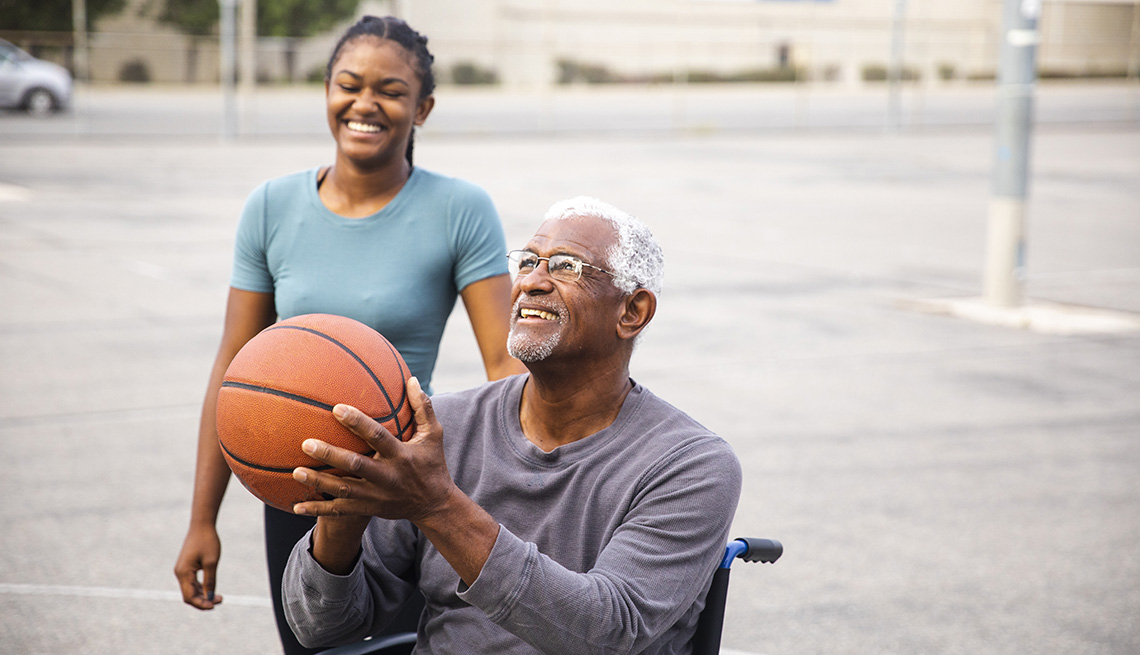 Where You Live at 50 Could Determine How Long You Live