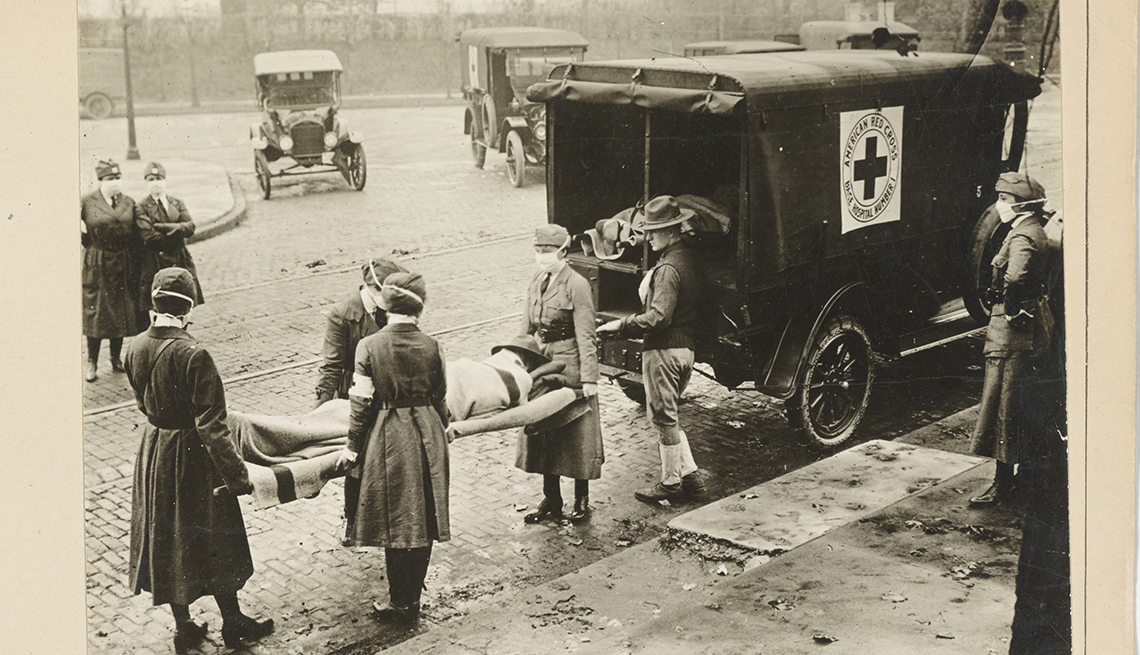 Nurses carry a patient in St. Louis, Missouri, during the Spanish Flu pandemic in 1918.

En español | Before scientists identified the influenza virus in 1933, the medical community had far less knowledge of how the flu spread and how to treat those infected. The Spanish flu of 1918 took an estimated 50 million to 100 million lives around the globe, including 675,000 in the U.S. The world was nearing the end of the first world war, causing the pandemic to spread fastest among the soldiers who lived in close quarters. Some erroneously attributed the outbreak to everything from volcanic eruptions to bad Russian oats, according to Jeremy Brown, author of Influenza: The 100-Year Hunt to Cure the Deadliest Disease in History.

Many countries censored news reports during World War I, especially information about the pandemic. Since Spain remained a neutral country, its press was free to report on the influenza's deadly spread, leading to the name Spanish flu. Scientists are split over where the virus originated, with three possibilities being Kansas, France and China.

Here are historical photos from the National Archives that show just how hard the Spanish flu hit America — and how Americans tried to avoid it, treat it and live with it.