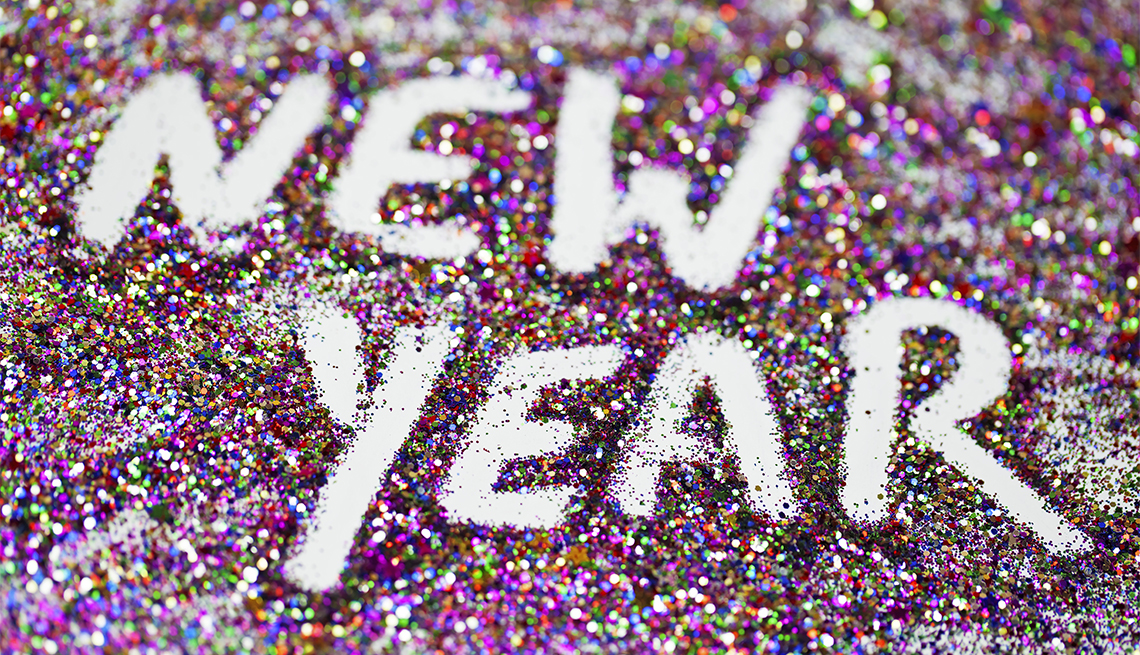 New year, new you. That’s the dream, and it’s why we make resolutions to exercise more, spend less and stop eating donuts for breakfast.

Studies show more than half of us — somewhere between 40 and 60 percent — make New Year's resolutions. But, incredibly, just 9 percent of us succeed at keeping them.

The speed at which we crash and burn is even more amazing than the number of us who fail.  A University of Scranton study found that 77 percent of us keep resolutions for one week. That means nearly one-quarter of us wiped out in seven days.

Good grief! You can’t put your new elliptical trainer together in a week much less learn how to use it! Hang with it, people.

Sticking to resolutions isn’t easy. But it can be done. The trick is to make better resolutions. Here’s how.

“People often set goals that are too big and get frustrated with the slow progress and then give up,” says Jennice Vilhauer, assistant clinical professor of psychiatry and behavioral sciences at Emory University. She says it’s important to have a “big picture goal,” but to reach it, you need to set small goals along the way.

“Progress is what you should be after, not a big win,” says Johnnie L. Perry, a personal trainer in Atlanta, who works with a lot of clients who set fitness resolutions. “Before you say you’ll go to the gym five times a week, go once a week. If you want to lose 25 pounds, start with losing the first pound.”

Celebrate those little wins, Vilhauer says. “Reward yourself or give yourself a pat on the back and recognize it as an important achievement toward your bigger goals.”

Sweeping resolutions don’t cut it. Vilhauer suggests doing some research to find out exactly what you’ll need to do to reach a goal. So let’s say your resolution is to “Save enough money to go to Italy.” Figure out how much the trip will cost and how much you’ll need to save per week to pay for the trip. Then decide what you will need to cut from your budget to make room for the Italy fund. You’ll end up with a goal like “Take lunch to work one day a week and save the $20 I didn’t spend in a restaurant to pay for a trip to Italy.”

If walking your dog around the block a couple of nights a week is all the exercise you get, don’t resolve to run a half-marathon in July. Can you really get in good enough shape in six months to run 13 miles? Ask a trainer or a pal who’s a long-distance runner. You may find that a 2K race is a better goal. And if you really, really hate running, don’t set a goal to run a race. “Pick a resolution you truly want for yourself,” Vilhauer says. “Trying to force yourself to do something you really don’t want to do almost always leads to failure.”

Have a plan for dealing with obstacles

Think about what might keep you from making your goal and figure out how to get around it, Vilhauer says. “The biggest obstacle is always the status quo,” she says. If your resolution is to go to the gym after work, but your habit has been to come home and crash on the sofa in front of the TV, you need a way to avoid the pull of your old routine. Take your workout clothes to the office and go straight to the gym, Vilhauer says, avoiding the temptation of that comfy couch.

We’ve pulled together some common resolutions and made them over into ones you can keep.

2. Eat healthier. Better: Add one serving of vegetables to one meal a day.

3. Get more exercise. Better: Take the stairs to the office instead of the elevator. Or walk one mile, three times a week, after work.

5. Save more money. Better: Increase your 401(k) contribution by 2 percent.

8. Spend more time with friends. Better: Invite a friend out for lunch once a week.

So get to the gym, skip the sugary lattes and watch only two episodes at a time of The Crown. Reward yourself for that small step toward a big goal. Then do it again tomorrow. And the next day. And the next day.