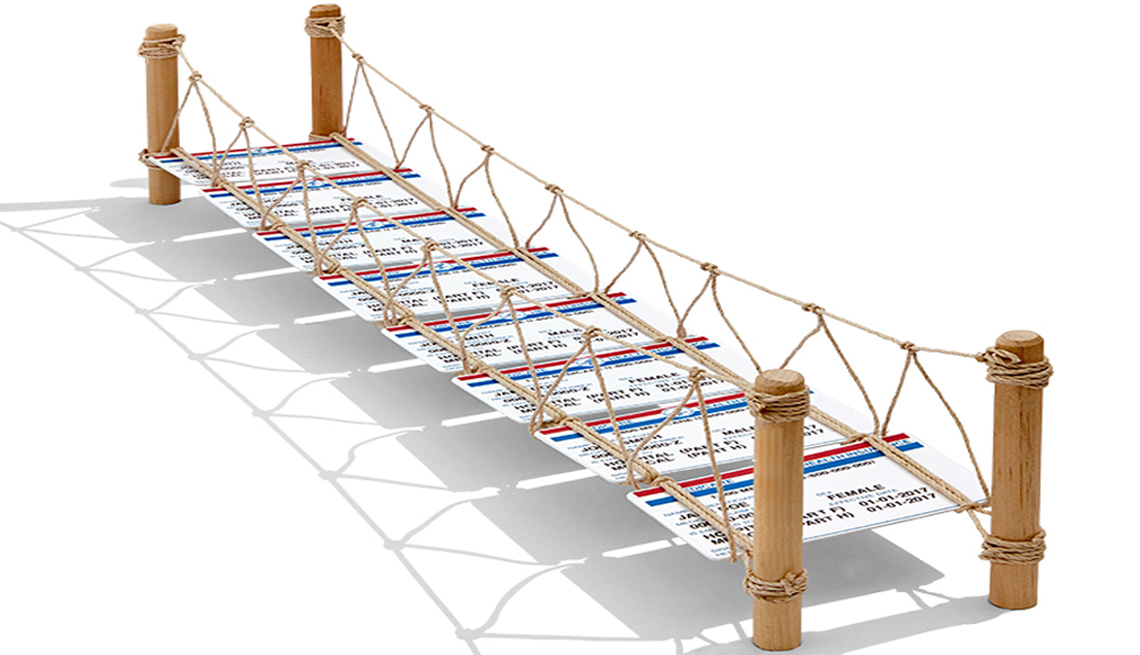 En español | If you decide to enroll in Original Medicare, one way you can help pay the extra costs the program doesn’t cover is to buy a supplemental — or Medigap — insurance policy.

Medigap policies are sold by private insurers, but they are strictly regulated by states and the federal government. These plans are available for people enrolled in Medicare Parts A and B, not for those who elect a Medicare Advantage plan. Medigap plans pay for costs such as deductibles and copays and other charges that Medicare doesn’t cover.

In 2010 the federal government standardized the types of Medigap plans, creating 10 options designated by A, B, C, D, F, G, K, L, M and N. Beginning in January, 2020 two of the more comprehensive and popular plans, C and F, stopped being available to people newly eligible for the program. That’s because in 2015, Congress decided to prohibit Medigap from covering the annual deductible for Part B, which pays for doctor visits and other outpatient services.

Of the 10 Medigap plans, C and F currently pay that deductible, which is $198 for 2020. The difference between plans C and F is that C does not cover the 15 percent in excess charges that doctors who don’t participate in Medicare are allowed to charge their patients; Plan F does.

It’s been widely reported that Plan F is “going away,” says Casey Schwarz, senior counsel for education and federal policy at the Medicare Rights Center. “That shorthand has caused a lot of panic,” she says. “I think it’s really important to highlight that for people who have been enrolled in Plan C and Plan F, there is absolutely nothing changing.”

But if you turned 65 after Jan. 2020 or became disabled after the first of the year and want to buy a Medigap plan you will not be able to enroll in either C or F. Current Medicare enrollees and anyone who was eligible for Medicare before Jan. 1, 2020, still have those plans to choose from.

If you think a Medigap policy might be right for you, here is some basic information you’ll need to know to make your decision.

And it’s a big one. When you first enroll in Medicare (that is, during the seven-month initial enrollment period, or IEP), insurers offering Medigap policies cannot deny you coverage or charge you more for any preexisting condition. After that, anything goes. For example, if you don’t buy a Medigap policy during your IEP but decide a year later that you want one, insurers may be able to turn you down based on your health status, or set prices higher due to a preexisting condition. How that works differs widely from state to state. “What’s really important is that people find out what their rights are in their state,” Schwarz emphasizes.

The message: To be guaranteed stable, ongoing Medigap coverage for years to come, the time to buy is when you first enroll in Medicare.

To compare your Medigap plan choices, go to medicare.gov and, under the Supplements & Other Insurance tab, click on How to Compare Medigap Policies. Details are there on a single chart.

Don’t get confused by the way these policies are named. The letter designations of the Medigap policies have nothing to do with which Medicare program you chose.

So how do the 10 policies differ? “Some are high deductible, some require higher cost-sharing, and some cover more costs,” explains Mary Mealer, life and health manager at the Missouri Department of Insurance, Financial Institutions & Professional Registration. Consumers should “evaluate their individual situation as to what plan meets their needs and what they can afford,” she advises. 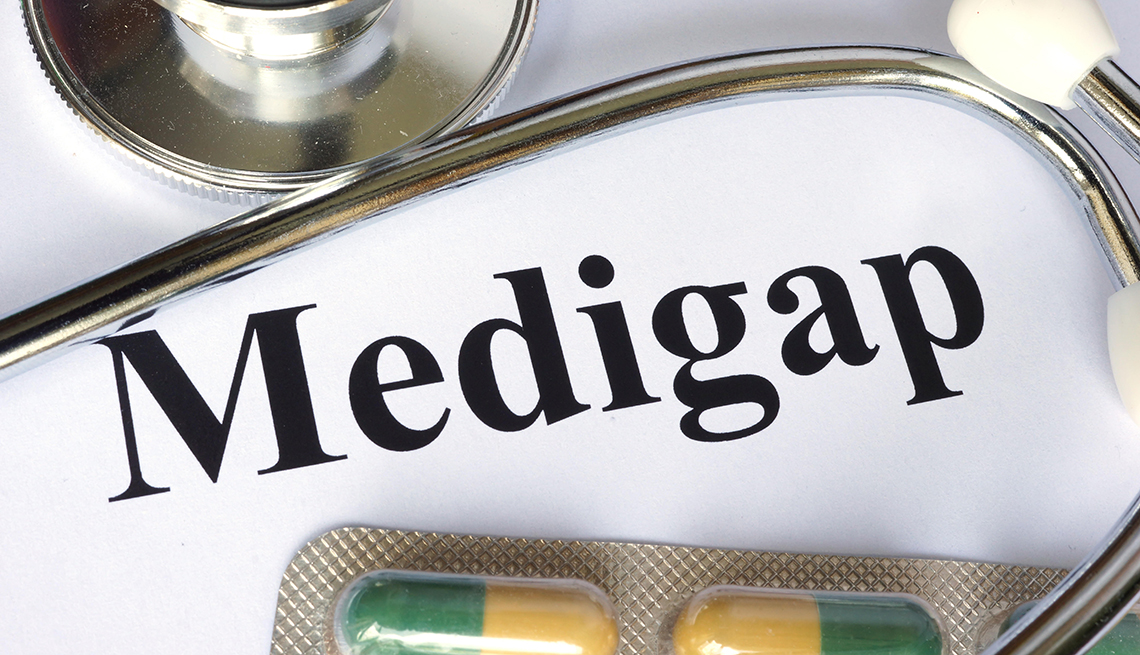 What to focus on

The government’s comparison chart shows 10 health care costs that could be covered by a Medigap policy. Some come into play more than others, so you should focus most on those big-ticket items. They include:

There are other considerations, as well. For instance, while other plans cover 100 percent of Part B coinsurance, plans K and L have higher cost-sharing but also an out-of-pocket limit. Once you’ve paid that amount, they take care of 100 percent of covered services for the rest of the year. In 2020, the limit for the K plan is $5,880, and the limit for the L is $2,940. These limits increase each year, based on inflation.

Remember, Medigap does not cover prescription drugs or dental, vision or most other needs that Original Medicare doesn’t cover.

What it will cost you

Nationwide, the average premium for the most popular Medigap F plan costs roughly $326 a month. There is also a high-deductible F plan ($2,340 for 2020), and that premium averages about $68 a month. Premiums are based on three pricing systems and vary widely based on where you live.

Experts suggest that you ask a potential insurer which pricing system it uses before buying a Medigap policy. That way you’ll know whether to expect increases as you age.

Mealer suggests that consumers contact their state’s insurance department before signing to make sure the agent and company selling the policy are licensed by the state and to find out that company’s complaint record. Each state has a State Health Insurance Assistance Program that can help you find this information.

And remember, changing a Medigap policy can be hard. Give the policy one last read to see if it covers not just your current needs but potential future needs.

Editor’s note: This story has been updated to reflect new 2020 rules.