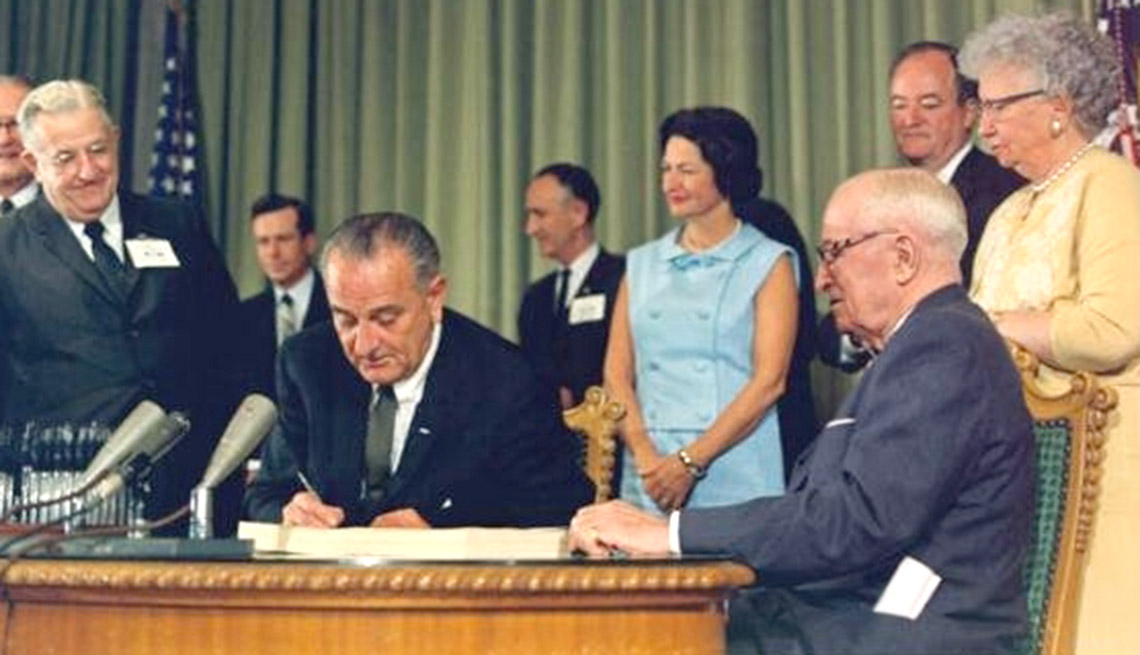 President Johnson signing the Medicare program into law, July 30, 1965. Shown with the President (on the right in the photo) are (left to right) Mrs. Johnson; former President Harry Truman; Vice-President Hubert Humphrey; and Mrs. Truman.

En español | This summer, Medicare celebrates its 50th birthday, a grand achievement for older Americans and their families. This great program brings health security to more than 54 million Americans, mainly those who are 65 or older.

The golden anniversary is a natural time to consider how to keep Medicare strong for the next 50 years, and I want to spotlight a longtime AARP policy recommendation: giving the secretary of Health and Human Services the authority to negotiate prices for prescription drugs covered by Medicare.

Americans pay a lot more for prescription drugs than people do in other advanced countries. Yet, unlike private insurance plans, Medicare is not allowed to negotiate with drug companies to lower prices.

Pharmaceutical companies say that their prices reflect costly investments in research and development. But why is there so much wiggle room? Why must they spend so much on marketing?

Prices for medications push up health care costs and consistently exceed inflation. While Americans with prescription drug coverage do not pay the full amount, the high prices are ultimately passed on to taxpayers and health care consumers.

AARP is fighting for commonsense measures to keep Medicare strong for future generations. Negotiating prices for prescription drugs could potentially save billions of dollars.

If you agree, please call your senators and ask them to cosponsor S.31, the Medicare Prescription Drug Price Negotiation Act of 2015.