En español | Medicare beneficiaries enrolled in one of the top 10 Part D prescription drug plans will see premium increases in 2013 — with almost 6 million enrollees in seven of those plans facing hikes ranging from 11 to 23 percent — unless they switch to lower-cost plans.

Compare Medicare plans. Doing so could save you money. — Corbis 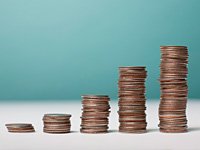 Medicare open enrollment allows you to evaluate Medicare Advantage and Medicare Part D prescription drug plans. If you select a plan, your new coverage will begin on Jan. 1. If you do nothing, your current plan continues into 2013.

Those numbers — from Avalere Health, a company that tracks health care trends — underscore the fact that many people with Part D coverage can save a lot of money on premiums and copayments by comparing plans during Medicare open enrollment, Oct. 15 to Dec. 7.

"The message is: Shop!" says Dan Mendelson, Avalere's CEO. The hikes provide a "very clear signal that the market has changed again and seniors need to look around" for their best deal, he says. "Anybody not doing that is being foolish."

Medicare's private plans — Part D drug plans and Medicare Advantage plans, such as HMOs and PPOs — can change their costs and coverage every calendar year and must notify enrollees in September. Open enrollment allows you to compare plans and switch to another for next year. If you switch, your new coverage starts Jan. 1. If you do nothing, your current plan continues into 2013.

Avalere found that the premium for the most popular plan, UnitedHealthCare's AARP MedicareRx Preferred, will go up an average of 57 cents, or 1 percent, to $40.42 a month.

United will launch a new plan in 2013, the AARP Medicare Rx Saver Plus, at $15 a month, available in all but five states.

But premiums aren't everything. Copays differ enormously among plans, even for the same drug — and can vary more than $100 for a 30-day supply, according to an AARP Bulletin analysis. For example, among 32 plans in Texas, the diabetes drug Actos (30 mg) will cost from $35 to $136 for a 30-day supply, with 11 plans charging under $50 and seven charging over $100 for it.

To be a smart shopper, compare plans according to the drugs you take. Use the plan finder at medicare.gov, which automatically does the math, or call Medicare at 800-633-4227 for the same information.

More highlights of coverage in 2013:

Wide choice of drug plans: Wherever you live, you can choose among many Part D plans — from 23 in Alaska to 38 in Pennsylvania and West Virginia.

Part D doughnut hole shrinks: In 2013, you'll get 52.5 percent off brand-name drugs and 21 percent off generics in the gap, an increase over this year's discount of 50 and 14 percent, respectively. Medicare officials say that shrinking the gap, a result of the 2010 Affordable Care Act, has already saved enrollees more than $4.1 billion.

Some plans cover brands in the gap: Five or six Part D plans in most states will cover "some" brand drugs in the doughnut hole. These plans usually cost more than $100 a month. So be cautious: Do the math to find out if the higher premiums are worth it, now that you can buy cheap generic versions of several blockbuster brands such as Lipitor and Plavix.

More plans offer lower copays at "preferred" pharmacies: In 2013, for example, more than half the 32 Part D plans in California will charge lower copays at preferred pharmacies than at regular network ones — with savings of between $2 and $28 for the same prescription. Sounds like a deal, but be careful: If a plan's preferred pharmacies aren't within a convenient distance, you may be better off in another plan.

New Part D coverage: Barbiturates and benzodiazopines, used to treat anxiety and seizures, will be available for the first time under Part D in 2013 in certain circumstances.

Medicare Advantage program still robust: Despite predictions that "Obamacare" would cause these plans to drop out of the program, the 2013 numbers tell a different story. Nationwide, MA choices will increase by 7 percent. In each of Florida's 67 counties, for example, the number of plans ranges from 6 to 56, and many charge no premiums.

If you were affected by the storm, you can still enroll after the midnight December 7 deadline by calling Medicare’s information line,1-800-Medicare (1-800-633-4227). Representatives will be available 24 hours a day, 7 days a week to complete the enrollment process by phone.