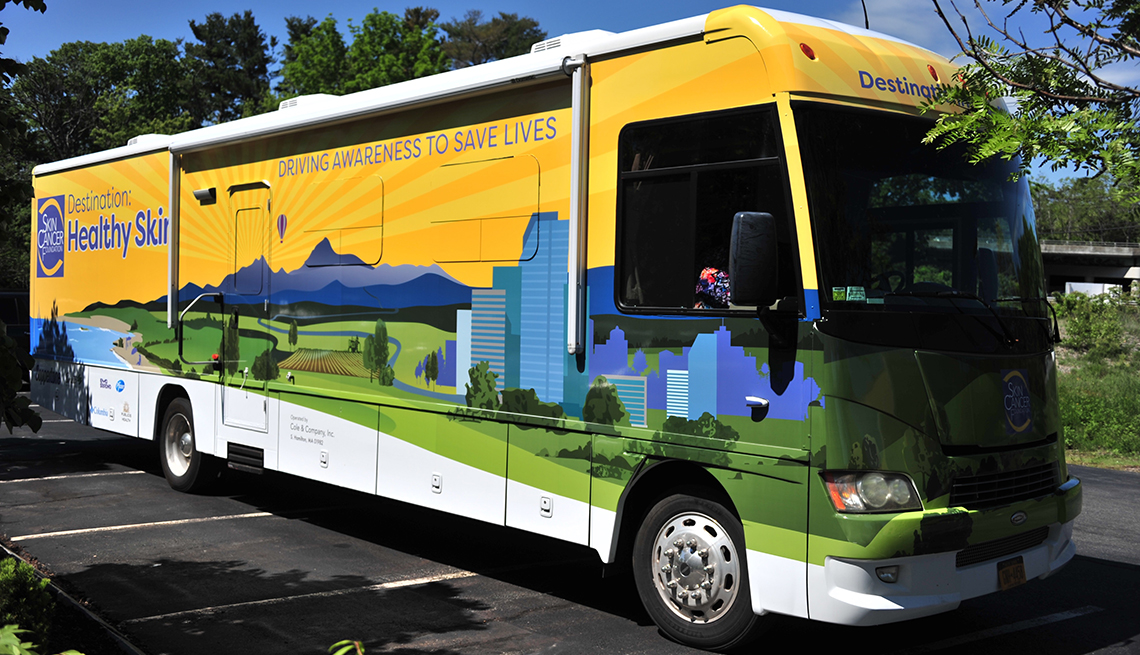 Men are more likely to get skin cancer than women, but everyone should get checked.

En español | In an effort to catch the most common cancer in the United States, the Skin Cancer Foundation is on the road, again. Destination: Healthy Skin is offering free skin cancer screenings via a roving exam room that will make stops in 15 cities this summer. The group aims to educate people about skin cancer, offer ways to better protect the body with sunscreen and emphasize the importance of getting annual skin checks — in addition to doing monthly self-exams.

According to the most recent data available from the Centers for Disease Control and Prevention (CDC), 76,665 people in the United States were diagnosed with melanomas of the skin in 2014. This is the deadliest form of skin cancer. When you break down the diagnoses, men are more likely to get melanoma, with 45,402 men and 31,263 women diagnosed in 2014.

No matter your age, you shouldn’t take skin screenings or applying sunscreen lightly. Deborah S. Sarnoff, M.D., president of the Skin Cancer Foundation, says some older Americans believe they’re out of the woods because, since skin cancers can take decades to develop and they haven’t gotten one by a certain point late in life, they don’t need to worry. To that, she says “wrong!” “The longer people live, the higher their risk of developing skin cancer. This is especially true as the average life expectancy rises.” She added that more than half of skin-cancer-related deaths occur in people older than 65.

Early detection is key. Skin cancers found and removed early are almost always curable, according to the Skin Cancer Foundation. Despite this somewhat promising fact, 9,394 people died from melanoma in 2013. The fatality rate for men was nearly double that of women, according to the CDC.

Health experts and the CDC explained why skin cancer might be more common in men: 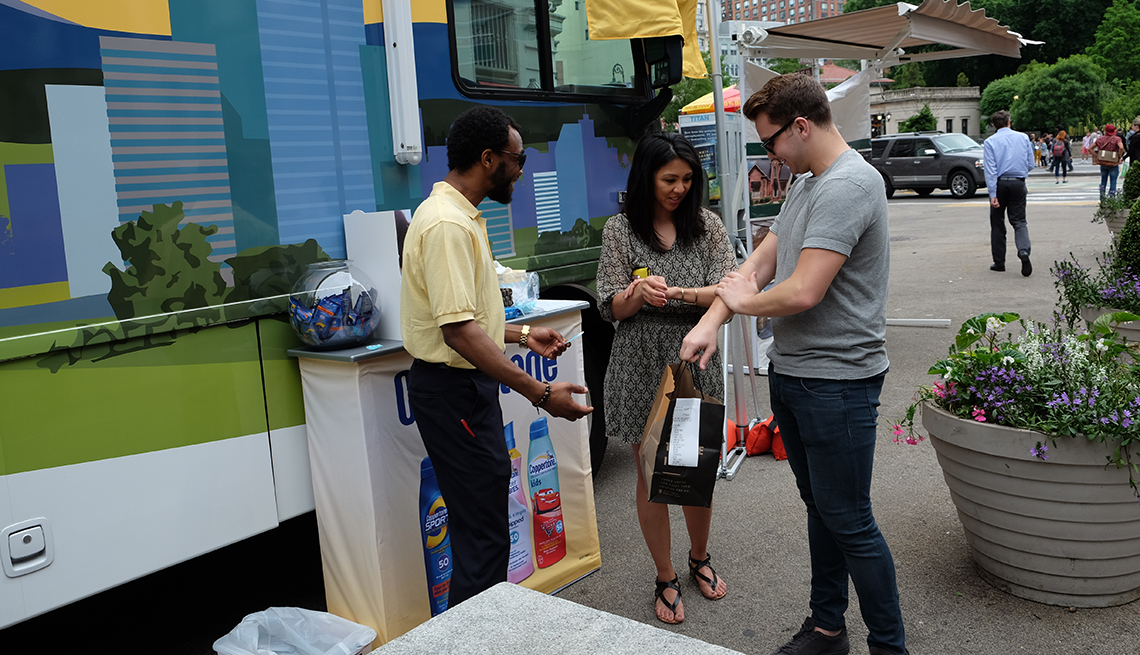 Destination: Healthy Skin's free screenings, which will be conducted in private exam rooms in a specially equipped RV, will take approximately 10 minutes. Doctors will screen your full body, including areas people commonly miss on self-screenings, such as behind your ears or the back of your neck, which can be hard to check in a mirror.

The RV tour, which kicks off May 15 in New York, follows last year’s successful summer screening program.  Organizers said a number of people who attended mentioned that they came after reading our article on AARP.org last year. This year's screenings continue through August.

While dermatologists recommend that you get an annual skin screening, you should be checked every six months if you are at greater risk for skin cancer. And if you notice a change in a mole, consult a dermatologist immediately. 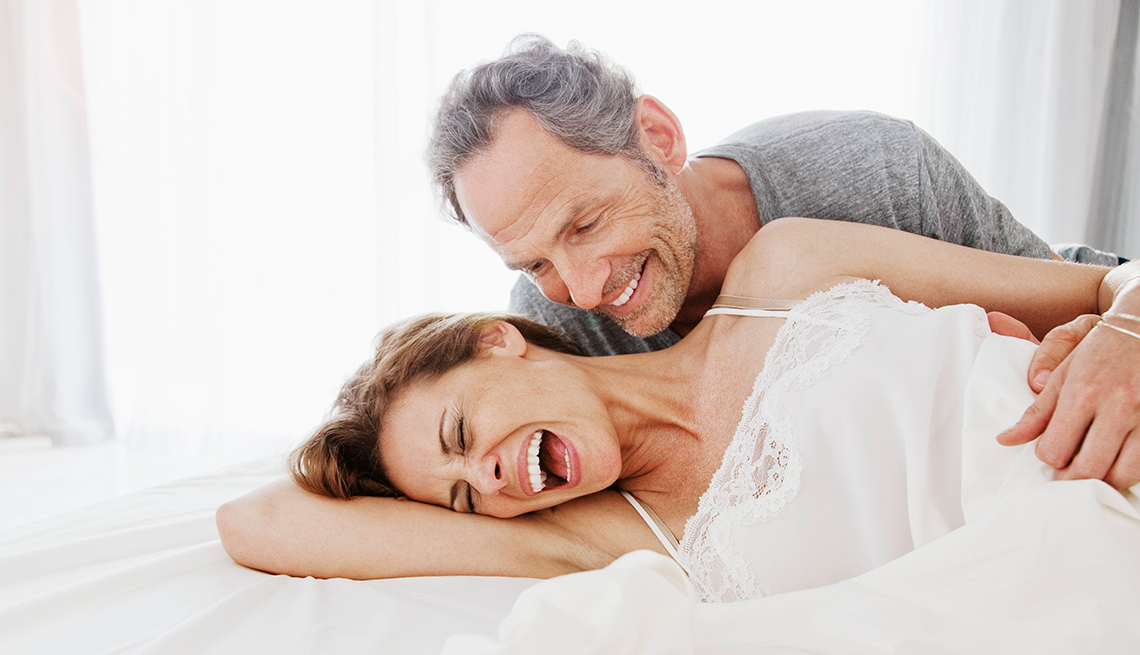 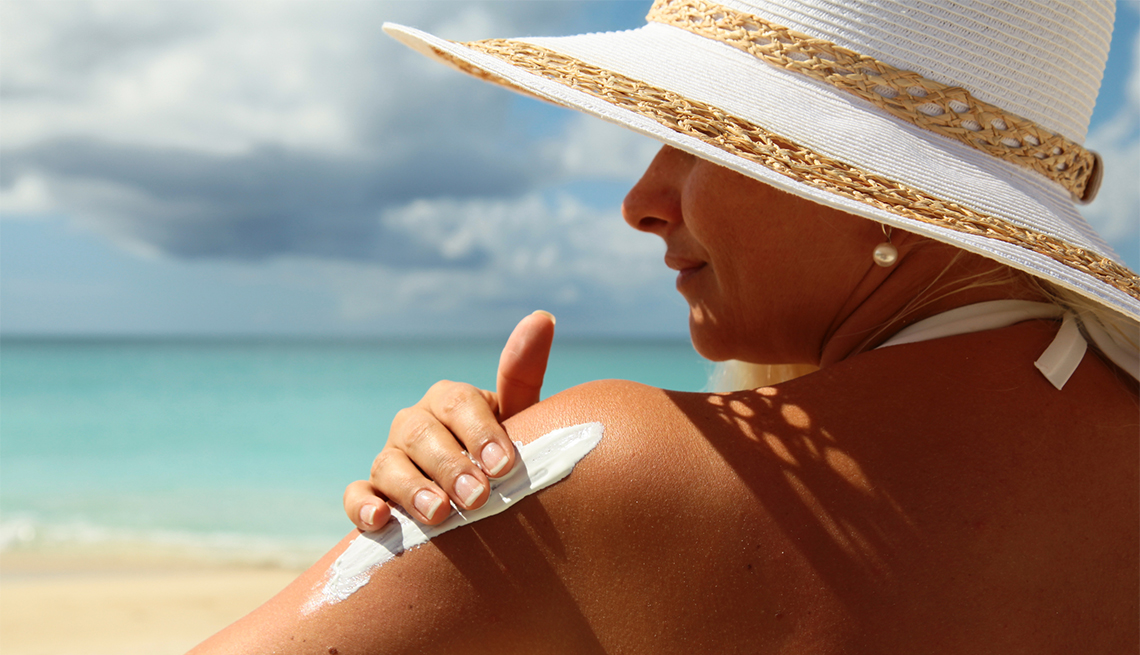 You Need to Revamp Your Sunscreen Routine