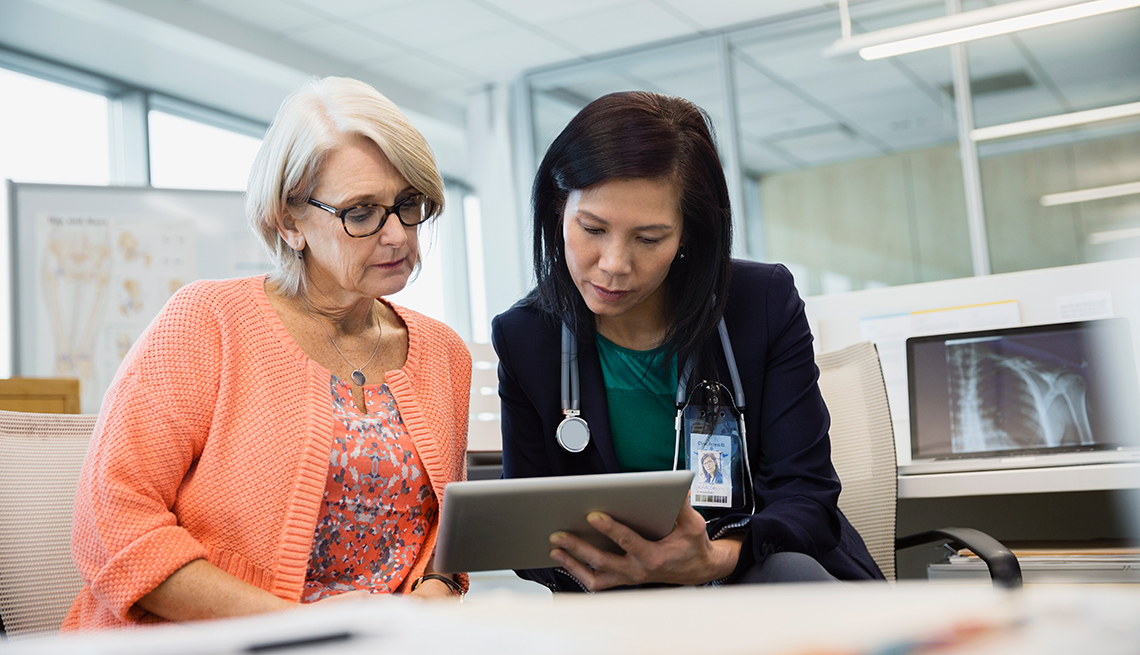 Pay attention to the trends in Medicare for next year, as they may cost you.

En español | Premiums for Medicare Part D prescription drug plans will increase in 2017 by an average of 4.6 percent — the largest jump in several years — but experts say that you should look beyond premiums and pay close attention to the copays you'll be charged for drugs. Some people will see huge price increases for certain drugs if they stay with their current plan, according to an AARP Bulletin analysis. For example, one plan that charged $7 a month for a generic drug this year will charge a whopping $352 a month for the same drug after Jan. 1.

The analysis also found some enormous differences among the copayments that plans charge for a 30-day supply of the same drug. Some plans charge $100, $350 or even $500 more than other plans.  (See chart below.) 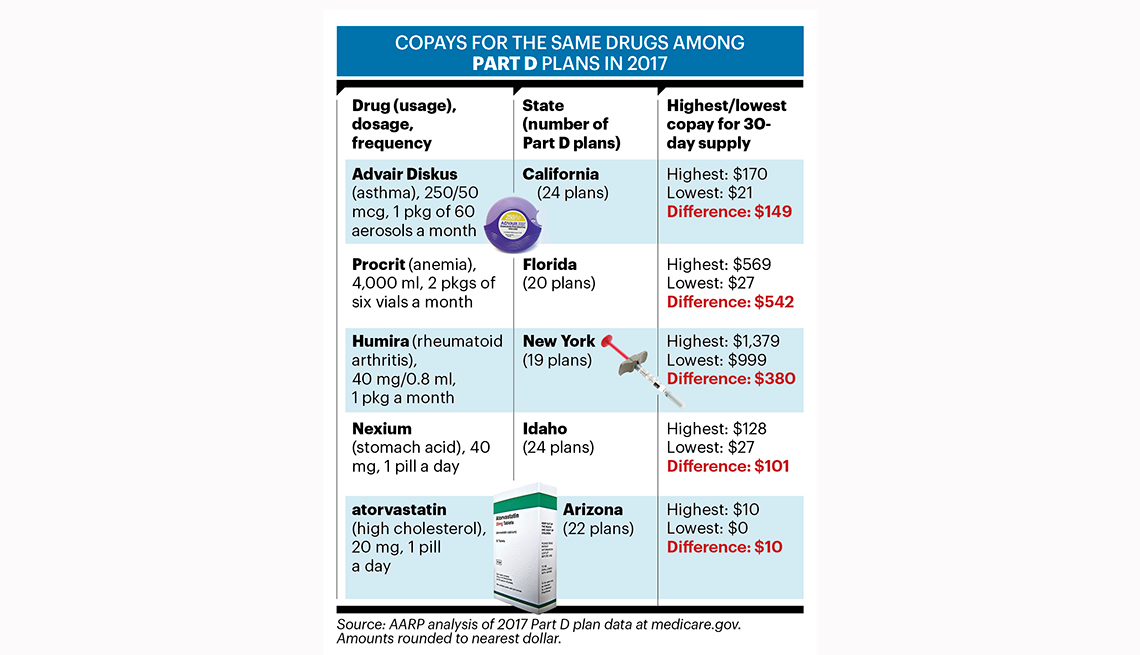 An analysis of what you might pay for certain drugs with the Part D plan in 2017.

These trends, which effectively shift more costs to the beneficiaries, make it crucial for people in Part D plans to use Medicare's open enrollment period, which runs from Oct. 15 to Dec. 7, to compare plans according to the specific drugs they take, and find their best deals for 2017.

Premium increases — more than 15 percent in some of the largest plans, according to Avalere Health, a company that tracks health care trends — are announced in each plan's annual notice of change, which was sent to enrollees in September. These notices also describe the plan's tier structure — pricing categories that typically charge lower copays for generics and higher copays for brand-name drugs.

But increasingly, plans are charging coinsurance — a percentage of the full cost of a drug — instead of set-amount copays. In 2016, the percentage of Part D drugs subject to coinsurance reached 58 percent, and that number is expected to rise.

Because enrollees are unaware of a drug's full cost, which each plan negotiates with the drug manufacturers, they can't tell what a percentage (whether 25, 40 or 50 percent) means in actual money. "It's not like going to a supermarket and seeing a price sticker on the package," says Kelly Brantley, vice president of Avalere Health. "It isn't transparent."

Another trend is for plans to move a drug from a lower price tier to a higher one at year's end, or even to place a generic drug that you'd expect to fall in tier 1 or 2, which are the least expensive, into the much more expensive tier 4.

Several months ago, Mary Jo Dobrenski of Grand Rapids, Mich., made sure that a drug prescribed for her was generic before ordering it from her plan's mail-order service. But the plan had placed this particular generic in tier 4, which was labeled "non-preferred brand," and she had to pay $312. "I kept thinking, This can't be true, this isn't right!" Dobrenski said. In fact, Medicare allows the practice.

Brantley thinks that there are two underlying reasons for these trends: the pressure on Part D plans from increases in drug prices, and the pressure from Medicare to keep premiums down. In that situation, other out-of-pocket costs must go up. "But when beneficiaries go from paying less than $10 to more than $300," she says, "it makes it very hard for them to pay their bills and continue taking their medications, which is really important for their health."

Medicare beneficiaries won't be aware of these price changes or differences between the plans for the same drug unless they compare plans head-to-head, according to the specific medications they use.