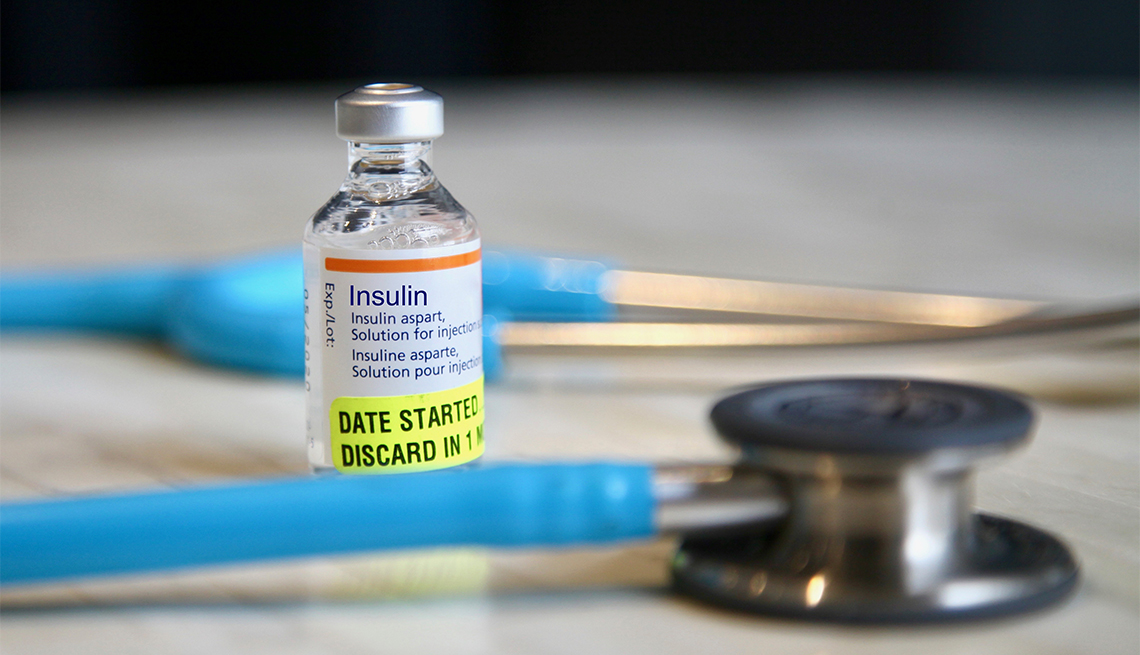 En español | President Trump and the contenders seeking to replace him in the White House have all pledged to lower prescription drug prices. But one medication, in particular, is taking center stage in the race for office: insulin.

Even though insulin has been around for almost a century, the cost of the diabetes drug has skyrocketed in recent years, nearly tripling between 2002 and 2013, according to a study from the American Diabetes Association. And Medicare Part D spending on insulin jumped 840 percent between 2007 and 2017, from $1.4 billion to $13.3 billion, “far outpacing growth in the number of beneficiaries using insulin therapy,” a Kaiser Family Foundation analysis states.

All totaled, Americans with diabetes, the majority of whom are older adults, face insulin prices that average more than $5,000 per year, some reports show. And these high prices have led a growing number of patients who rely on the lifesaving drug to resort to rationing or skipping doses because they can't afford the medication.

"Insulin is not a luxury; it's not a drug that people can do without,” says LaShawn McIver, M.D., senior vice president of government affairs and advocacy at the American Diabetes Association (ADA). Skipping it could lead to “devastating health complications,” even death, she adds.

The recent price hikes on the almost 100-year-old drug have made insulin, more so than other prescription drugs, the poster child of sorts of pharmaceutical profiteering among politicians.

The Trump administration is working on a proposal to lower out-of-pocket insulin costs for older Americans, Axios reports. And Democratic candidates vying for the position have been discussing the medication on the campaign trail, STAT News highlights. All seven of the candidates scheduled to participate in the Feb. 7 debate have hit on the high cost of insulin, many taking to social media:

Former Vice President Joe Biden has singled out insulin's affordability problem in interviews, and entrepreneur Andrew Yang has acknowledged the insulin issue in town hall settings. Over the summer, Sen. Bernie Sanders (I-Vt.) organized a bus trip with diabetics to buy insulin in Canada, where it is significantly cheaper.

Congress is investigating the price increases, and several states are working on laws to cap out-of-pocket insulin costs for diabetics. If prices don't come down, “we're going to continue to see people with diabetes experience serious complications,” the ADA's McIver says.