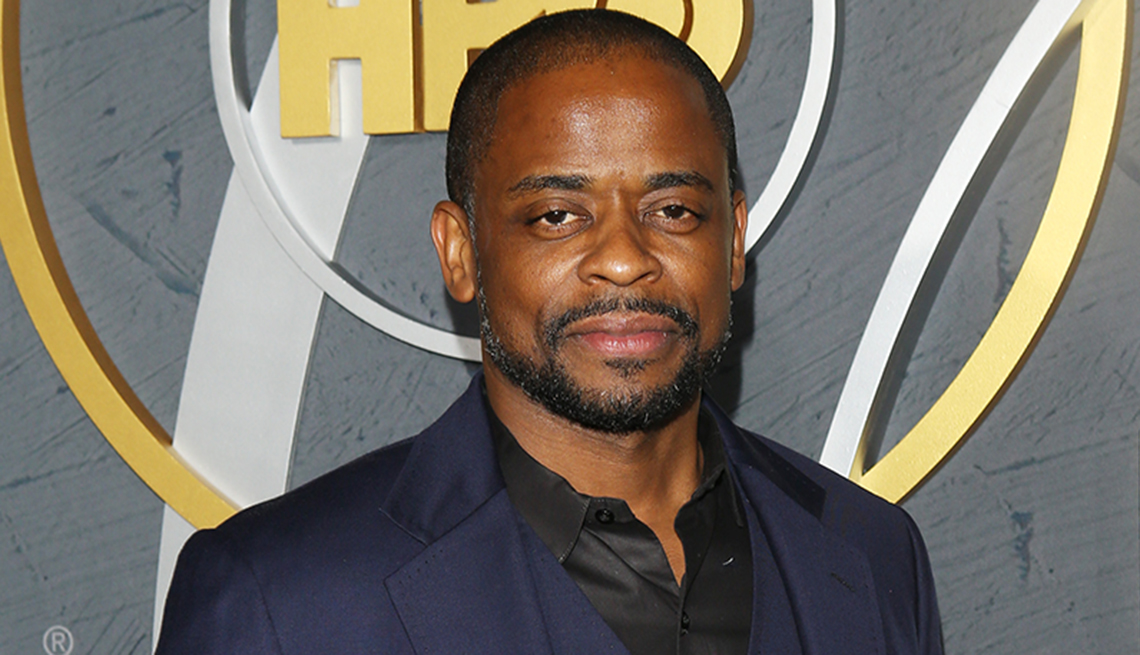 Before he became known to TV audiences, Dulé Hill, an extraordinary tap dancer, was the understudy for Savion Glover in The Tap Dance Kid on Broadway. Now, however, he may be remembered for his role as Charlie Young, the youthful, earnest assistant to the president (Martin Sheen) in the long-running drama The West Wing and as the saner part of the crazy duo in the USA Network comedy Psych that ran for eight seasons. Next week we'll see Hill again in Psych 2: Lassie Come Home (July 15, Peacock). He's glad to be bringing Burton “Gus” Guster back to the fans.

Growing up with Gus

Gus was always lagging behind. Gus [and friend Shawn Spencer, played by James Roday] have definitely evolved and grown since the beginning, which is what I think keeps the characters interesting. They are still the same people but they're living differently because they've evolved. 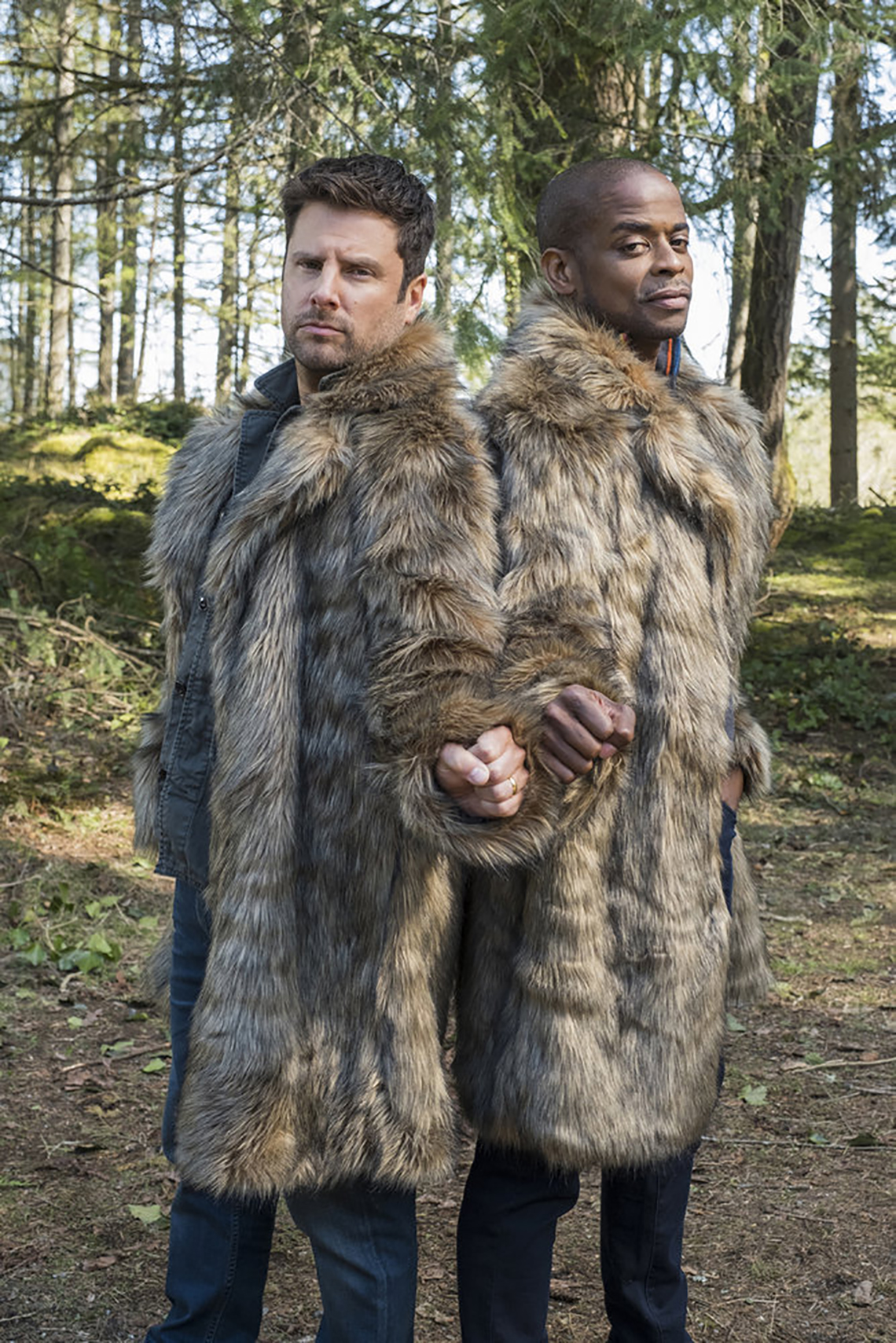 On and off-screen synergy with Roday

We built up a friendship — even more so, a brotherhood. We're close. He was one of my groomsmen in my wedding to Jazmyn [Hill married actress Jazmyn Simon in April 2018]. Sometimes you work with someone helpful to your work; there's not a jockeying for position, not a jockeying for who can be more funny. I don't try to cut him off at the knees and vice versa.

Kids help us see the light

Between the social justice [protests] and the coronavirus, we're being bombarded on all sides but there is light. We have two beautiful children, a 15-year-old daughter [Kennedy] going through the recruiting process for college and our 1-year-old son [Levi], who is just bringing joy and light into each moment. It gives me a little hope seeing the journey that they are on.

Psych is a nerdy lighthearted comedy but we have not been color blind on the show. We have been color aware and that's a beautiful thing to lean into and understand. I hope that in some ways over the course of the series, it highlighted some of the little differences in people but that we still love each other.

One thing that Martin always told me was “Anything worthwhile has to cost you something.” I've shared that with Kennedy as she's been going in pursuit of — she's a talented, brilliant, wonderful athlete [volleyball] but the work, the cost of it! Before quarantine, her schedule was so busy, getting up at 6:30 in the morning, go to school, be in classes all day, taking the bus out to where her team practices because she wants to play with that particular team, then not getting home until late and having to be up almost to midnight or after midnight to do homework and then getting up and having to do it all over again. It was a lot. “You have to sacrifice the sneeze if you want to receive the blossom,” that's something that Martin used to always say and it stayed with me.

Gus finally gets the girl — and she's your wife, Jazmyn

I didn't lobby. I did want Gus to finally have a bona fide love interest and who else better to play my love interest than my love interest, Jazmyn [they met on the pilot of HBO's Ballers]. It was always hard finding the right match for Gus over the years and I knew if Jazmyn was put into the role, the banter would be just perfect; she would bring it all. I hope we can cross paths often, beyond Psych, in the course of our careers. 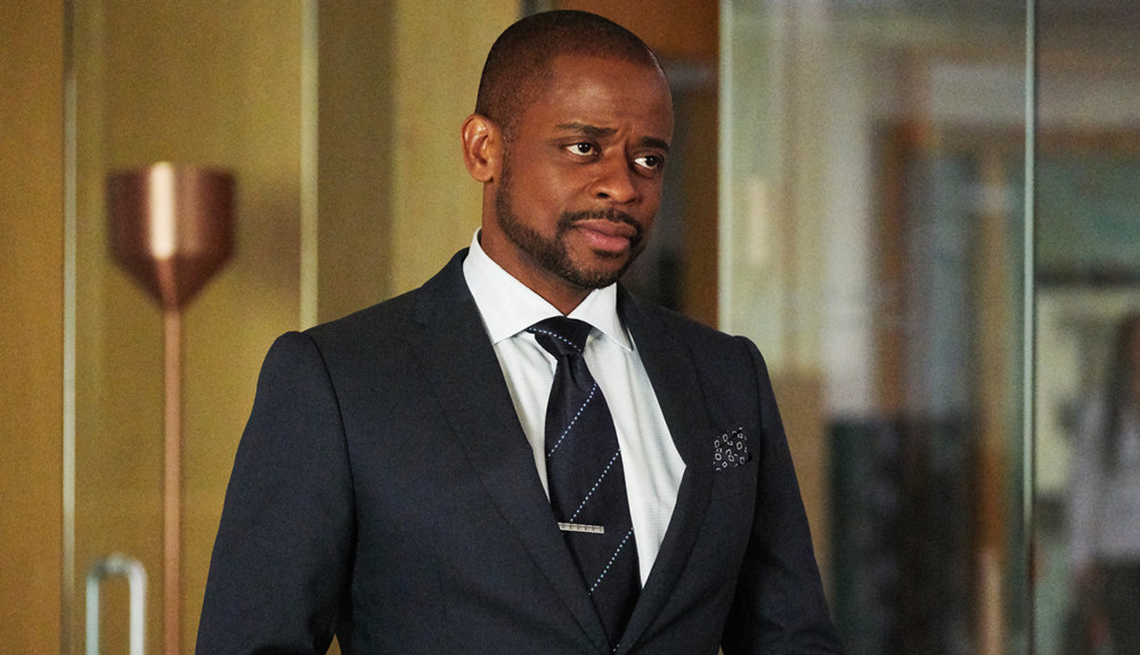 First break: His childhood dance studio got him a job understudying Savion Glover in The Tap Dance Kid on Broadway

Acting in a socially distanced world

At this point all of us actors are just standing still, we're in a holding pattern until it all opens back up. Some folks are being creative online. In terms of the majority, we just have to sit back and wait. I'm learning to just take it one moment at a time and I think that has been the best way to keep my sanity in the midst of the craziness because we don't know what it's going to be. Eventually there will be a new normal and we'll just have to learn how to navigate that.

In terms of theater, there is no substitution for the audience being there. At some point they will figure it out but it's going to be challenging. Until there's herd immunity or a vaccine, who is going to sit down for two to three hours next to somebody they don't know? And the performers, hundreds of people coming in and out at a time.

The plus side of stay-at-home orders

It's been great to be able to be still and spend time as a family. Between my career and Jazmyn's, we move around a lot and Kennedy has an unbelievable schedule with her volleyball. The positive has been all four of us being here. Levi has loved it. He wakes up, his mom is there, his dad, his sister is there, he's thriving in the midst of it.

I've taken the time to just enjoy the stillness, to check back in with myself, to recenter myself. Thankfully I have a dance floor in my garage. I have a Murphy [dance] floor. I pull the car out, I pull it down and I can dance. That's been a great place to practice my craft, to have an avenue of expression. I believe artists are artists, whether your expression is to a wall or a stadium full of people. Obviously, we prefer to have it reach someone but sometimes art is just for yourself to express. I'm thankful I can have my dance floor.