The ‘West Wing’ star masters some new moves at 62 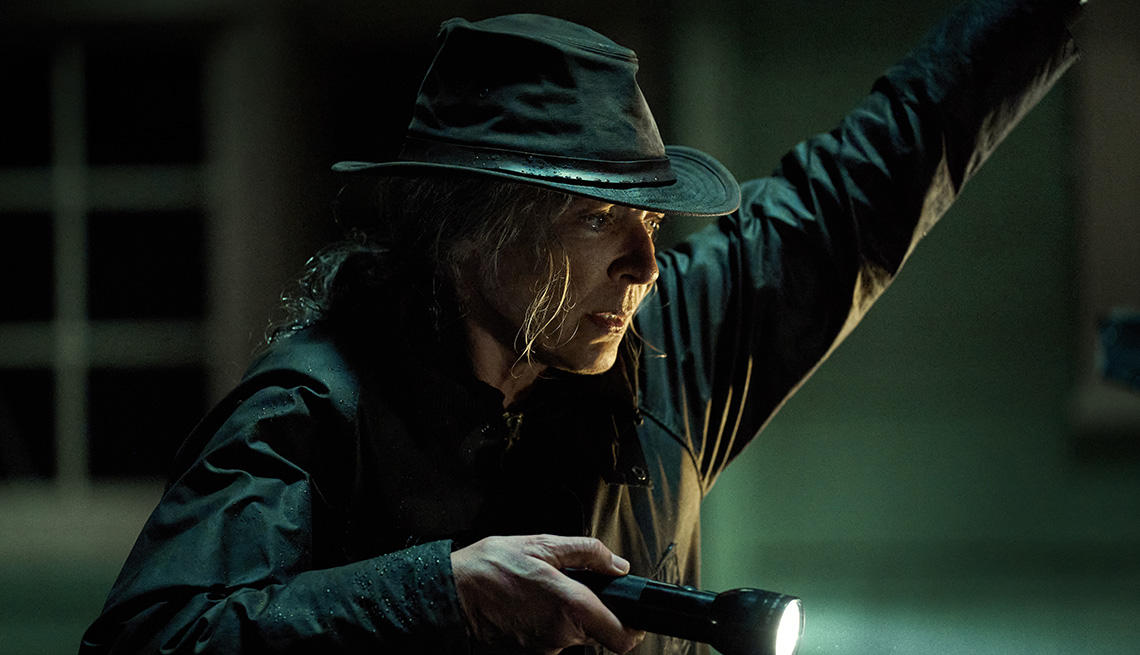 Allison Janney stars as the title character in "Lou."
Liane Hentscher/Netflix
By

At 62, Allison Janney has seven Emmys (for The West Wing, Mom and Masters of Sex), an Oscar for playing Tonya Harding’s hard-bitten mama in I, Tonya (“I wish I had a mother that was like me instead of nice, because nice gets you nowhere!”), and a string of hit films (The Help, Juno, Hairspray, American Beauty, Primary Colors) to her credit. But she’s never played a hero like the ex-CIA agent in Lou (a big hit on Netflix), hunting a child abductor and showing off a very particular set of new skills. Janney told AARP what it’s like to get in touch with her inner Liam Neeson.

Did you ever expect to be playing a woman who battles crazy Green Berets and smashes bad guys’ heads with a coffeepot?

No, I never did. I always wanted to have an experience like this. I just didn’t think I’d get an invitation.

It's great for Liam Neeson to get a mid-career boost in action flicks – how about for you?

It’s unusual for a woman in her 60s to play this kind of badass character. I love showing a woman of my age up there on the screen, taking care of business and physically taking care of herself and going after justice.

Was it tough on your body?

I knew it was not going to be an easy shoot. At one point I had my face in a pile of mud with worms wiggling around my face. There was a worm wrangler to make sure not one worm was hurt. I was thinking a worm was going to find his way into my ear. But it was fun to push myself past my comfort zone. I reminded myself how great I will feel if I can get through this and accomplish this and show a woman of my age incredibly powerful and competent — not some useless over-the-hill woman. I did a lot of twisting, low bending to warm up for every fight scene. I couldn’t wait to do them. It was thrilling. 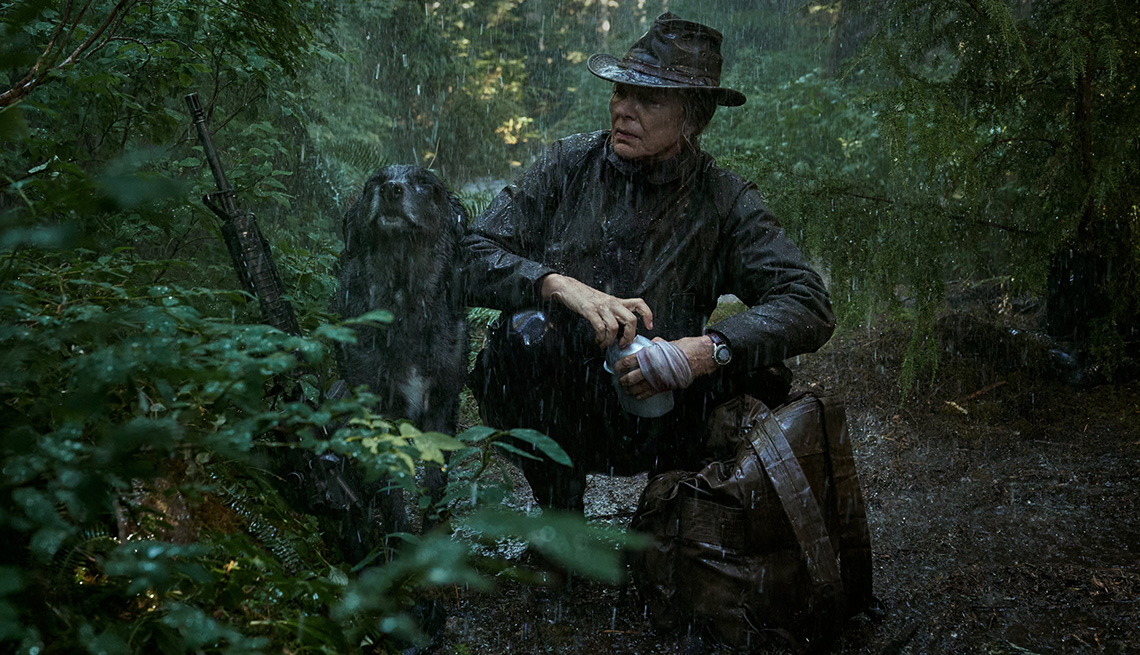 Will grownups feel inspired by the movie?

I like to think that seeing a woman of my age playing this kind of incredibly powerful woman might inspire someone to get out and learn martial arts or something, do something physical, and not give up. I would recommend all women taking some sort of martial arts — it does give you a sense of power that I like having. I hope I never have to really use it. But it’s nice feeling that I know I have some moves.

Do you do martial arts in your real life?

I’m into boxing now. I’d like to do more of these kinds of martial arts movies. I’m fascinated by it. I used to be a dancer and figure skater, so I just love movement and physical comedy, and this was just extraordinarily fun to to challenge myself with. And keep myself in shape to keep myself alive a lot longer! 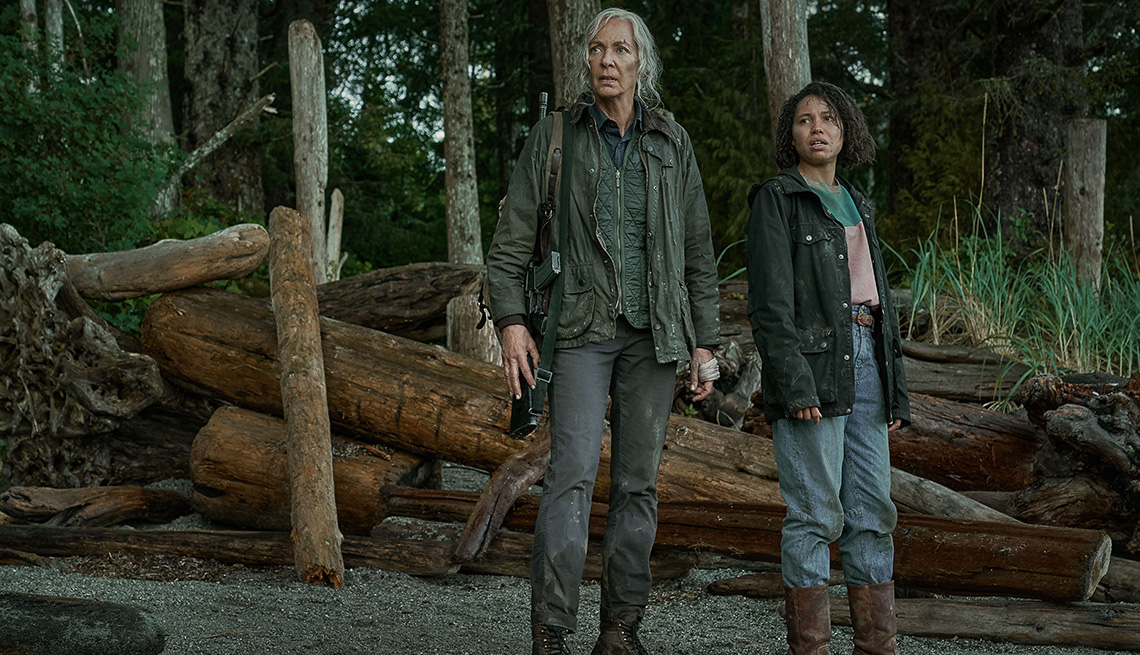 What’s Lou’s life like at the start of the movie?

She’s in the San Juan Islands [north of Seattle], and everyone gives Lou a wide berth, because she’s not someone who likes to chitchat. She’s a very enigmatic, mysterious woman. And you find out a lot about her on the road — her bad choices, the choices that she’s ashamed of. She’s renting a trailer on her property to a single mother, Hannah [Lovecraft Country’s Jurnee Smollett], and this incredible storm hits, and her neighbor breaks into her house saying, “My daughter has been kidnapped!” She’s a survivor of abuse, but she’s not a victim. She’s as fierce as Lou, in different ways.

If one woman leading an action film is unusual, two is unheard-of.

It’s wonderful in this genre of action thriller to have these two women who don’t have much respect for each other at first. They judge each others’ choices, but they come to have respect for each other. Hannah is completely different: She chose motherhood, and her strength and resiliency is in her mama bear energy. And Lou’s is just the mission — to get the job done. One of my favorite lines is when Lou says, “Not everyone’s meant to be a mother.” Because I think that’s so true. Some women choose motherhood, others don’t. 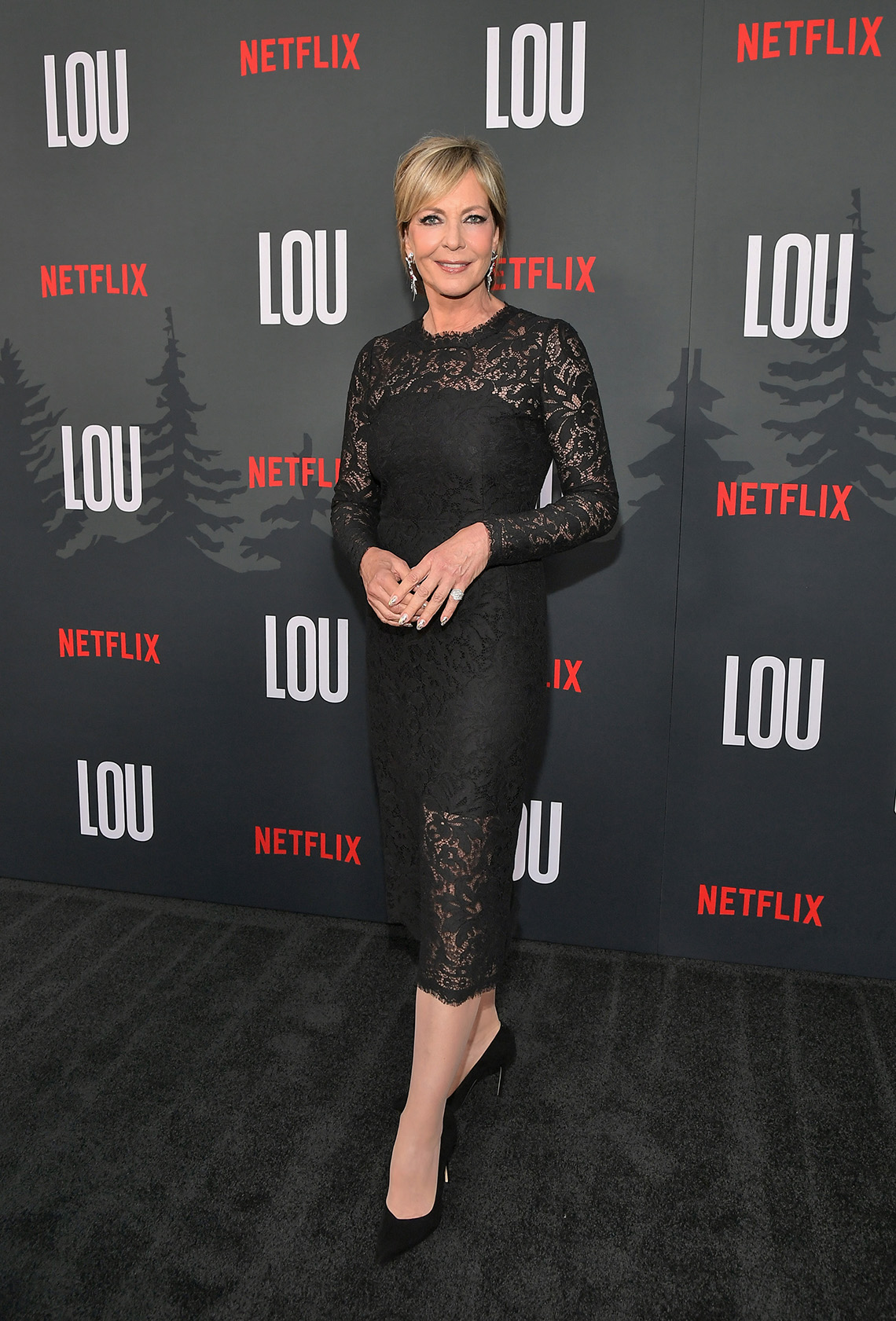 Lou is a retired CIA agent with traumatic memories. Do you have plans to retire?

No, I can’t see me retiring ever, because I love so much what I do and I love the community, the immediate family you have with all these people that you’re working with on movies. I hate when they end and I leave people. And it’s been my life.

The plot of Lou has some unexpected turns. Can we expect some surprises?

There are so many twists and turns in this movie; it keeps you on your toes. I can’t wait to see it with an audience, to see what the reaction is — especially my friends who’ve never seen me do anything like this before. 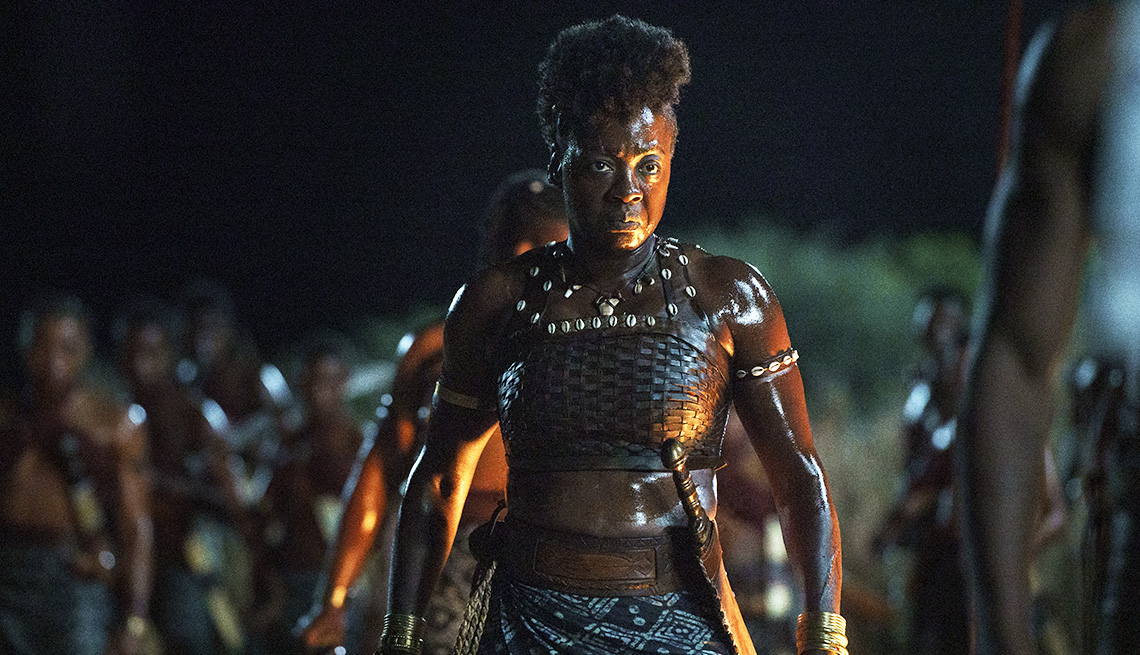 Watch the shows and films that prove her genius 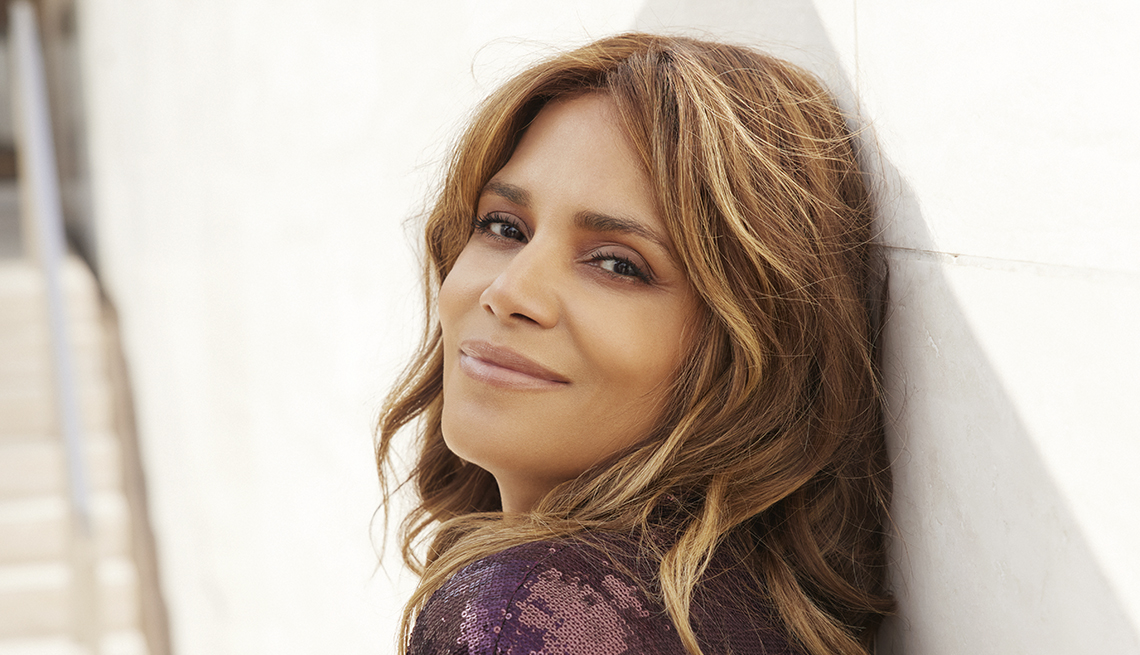 The actress has had career success and family fulfillment, but never at the same time — until now 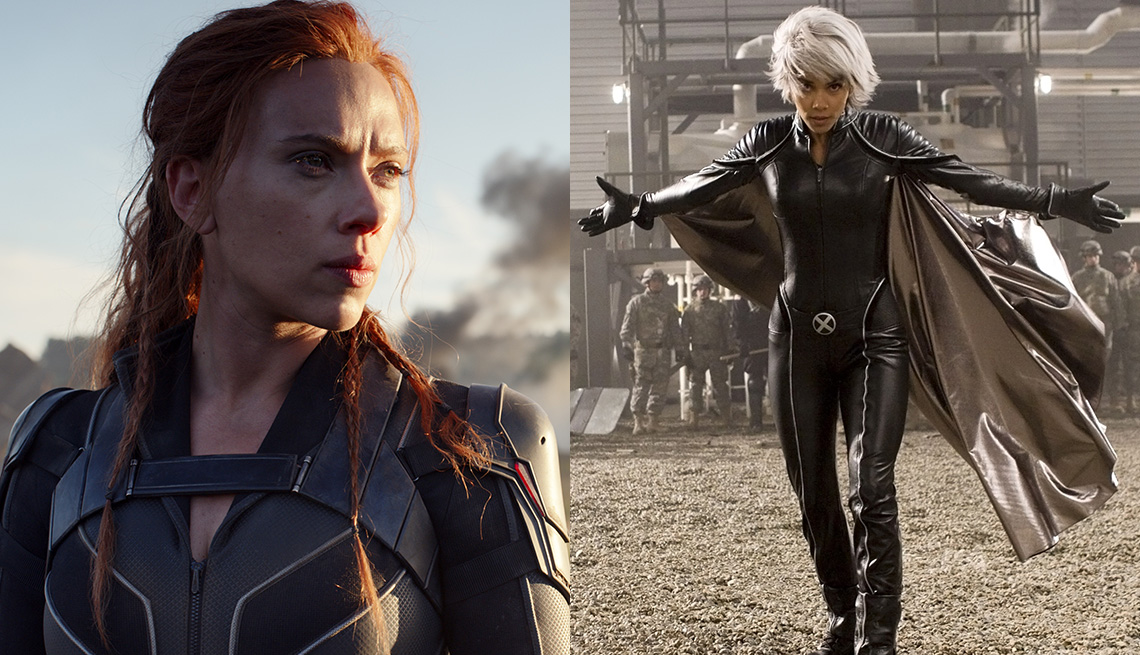 The Most Awesome Superheroines in Screen History

From Batgirl to Black Widow, which women rule the universe?