Margot Robbie was too young to have ever heard about how Tonya Harding, the trailer park-raised ice skater from Portland, Ore., became a huge tabloid star after her infinitely more ladylike and upmarket rival, Nancy Kerrigan, got her leg smashed during training for the 1994 Winter Olympics.

But once she got the script of the subversive biopic I, Tonya, the breakthrough hit by director Craig Gillespie, 50, and then met with the real Tonya Harding, now 47, Robbie perfected a performance that so wildly captures the skater’s bizarre, over-the-top personality that Harding saw the film and both laughed and cried. Of the nation’s top 25 Oscar pundits, who talk regularly to Academy voters, 64 percent predict a nomination for Robbie. 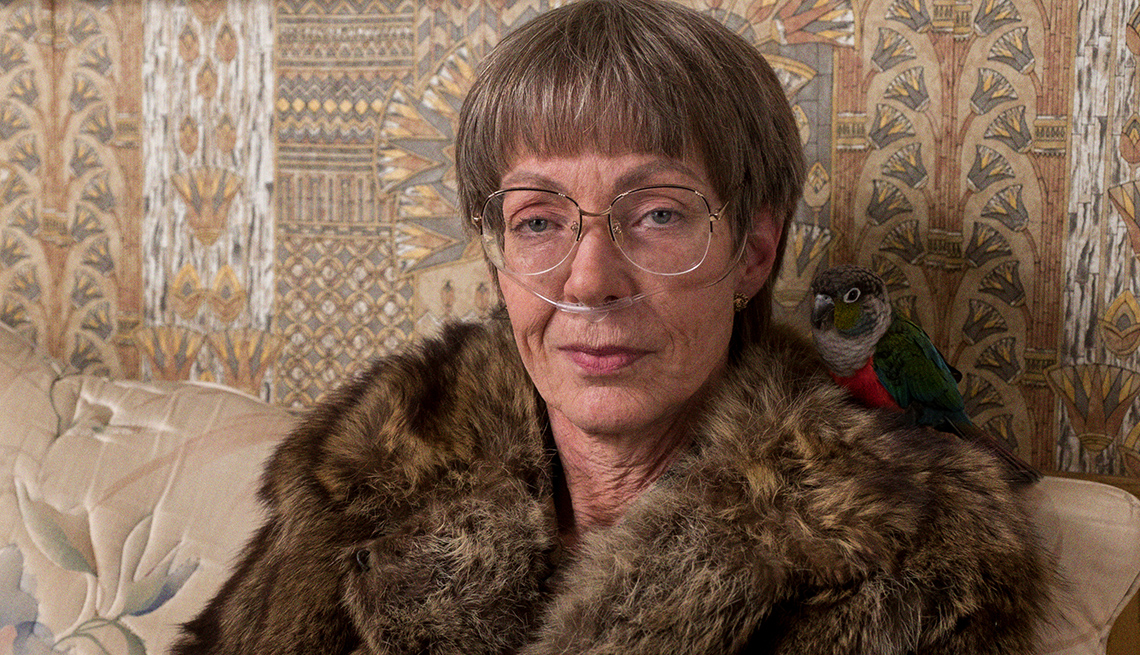 But 96 percent of the pundits think it’s more likely that the Oscar for supporting actress will go to Allison Janney, 58, as Tonya’s spectacularly awful mom, LaVona Golden. Sure, LaVona beat Tonya up a lot, mercilessly ridiculed her, and drove her brutally hard to learn skating, but in her own mind, she was doing the kid a favor. “I wish I had a mother that was like me instead of nice,” she tells her daughter. “Because nice gets you nowhere.”

If LaVona had given her daughter ambition without LaVona’s aggressive character traits, Tonya might not have grown up to be the kind of girl who undiplomatically skates up to judges after a contest she didn’t win to tell them, “Suck my d---!” The film hilariously shows how well this attitude played with the scorekeepers of a sport that was always at least as much about beauty and poise and social class as it was an athletic competition. Without LaVona, Tonya might not have married the first guy who told her she was pretty, Jeff Gillooly (Sebastian Stan), who also beat her up, she claims. This is a movie in which everybody speaks straight to the camera, telling contradictory stories, pointing fingers of blame elsewhere than themselves. It's like a trailer-park Rashomon.

Margot Robbie, 27, plays Tonya Harding in a film based on the 1994 assault of ice skater Nancy Kerrigan.

And Tonya might still have been a hero to lots of little girls, but instead she got mixed up in the plot to cripple her opponent, which got Jeff an 18-month sentence. Tonya got probation, a fine and a permanent ban from Olympic competition. (Filmmakers say that Harding is now the loving mother of a son and doing fine.)

In building her likely Oscar-winning role, Janney had less to go on than Robbie did. Harding didn’t know if her estranged mom was alive but heard that she was last seen living in a trailer behind a pawnshop. The filmmakers never could locate her, but they did find footage of a TV interview with LaVona in which a live parakeet was perched on her shoulder. In a clip that proves Janney is not caricaturing her, the real LaVona resembles a foulmouthed pirate in a ratty fur coat and an inadvisable bowl-cut hairdo. Janney wears that bird well, stoically ignoring it as the creature pecks at her oxygen tube.

Janney went to drama school with I, Tonya writer Steven Rogers, 52, and both have tried ever since to find the perfect movie to do together. They found it, all right. Janney’s LaVona is a force of nature, sardonic and hilarious, savage and affecting by turns. It’s anything but a one-note performance. Janney ably portrays the aging process, expressing LaVona’s increasing sadness and rage, yet making her always utterly vital, the ultimate survivor whose iron will feeds on bile and is strengthened by every bad break she always knew lurked just around the corner from today’s travails.

Somehow, she makes LaVona vivid without simply mocking her or reducing her to a cartoon. She earns our grudging respect for her obstinacy — LaVona would reject anybody’s pity — and she delivers some of the film’s best irreverent asides. Most Oscar-worthy mainstream movies would not have the guts to let LaVona pop up during the long scene about Tonya’s pugilistically disintegrating marriage to Jeff, face the camera and snap, “Well, my storyline is disappearing. What. The. F---!”

Nobody was asking for a film about a trashy tabloid tale from long ago, but everybody is applauding its splashy, trashy audacity now. In a year when underdogs are challenging authority on-screen and in the headlines, the timing is perfect for the story of Tonya and LaVona. Janney, who says her career only took off at age 38 because she stands “5-foot-15,” is about to ascend to another level of stardom, outdoing her own acclaimed work as the more maternal mothers in Juno and TV’s Mom. She may well earn an Oscar to go with her seven Emmys and six Screen Actors Guild awards. She just won the Palm Springs Film Festival Spotlight Award, previously nabbed by Amy Adams, Jessica Chastain, Helen Hunt, Rooney Mara and Julia Roberts. Every one of them got Oscar nominations. Even if you’re not an Oscar voter, this is one performance you shouldn’t miss.