En español |  Robert De Niro is in top comedic form in 'The Intern,' out this September, playing a retired phone book company executive who signs up for a "senior" internship to get out of the house and back in the game. 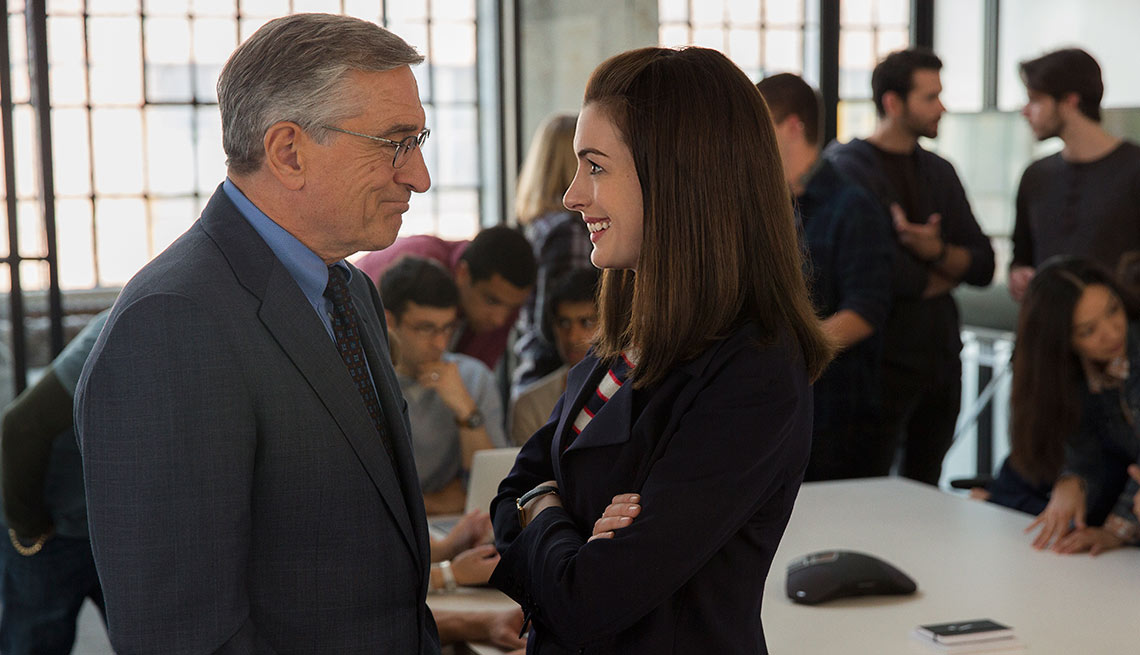 Robert DeNiro and Anne Hathaway team up in the upcoming film, 'The Intern.'

"I liked the idea of a movie that put across the value of elder wisdom," says De Niro, who turns 72 in August. "What it comes down to is, 'If I only knew then what I know now.' "

De Niro's character knows a lot, which is part of the movie's charm. A widower, he assists a fashion website's CEO (Anne Hathaway), who finds herself in need of his hard-earned expertise, while he simultaneously wins the hearts of both his much younger colleagues and the company masseuse (Rene Russo).

The Oscar-winning actor says that, unlike his eager character, he is not yet thinking about reinventing himself. But he does laughingly admit that he wouldn't mind taking an internship in physics, if given the chance. Noting that it's never too late to learn, he says, "My great-grandfather went back and got his high school diploma when he was in his late 70s."

(Video) 'The Intern' Movie Trailer: 70-year-old widower Ben Whittaker has discovered that retirement isn't all it's cracked up to be. Seizing an opportunity to get back in the game, he becomes a senior intern at an online fashion site, founded and run by Jules Ostin.