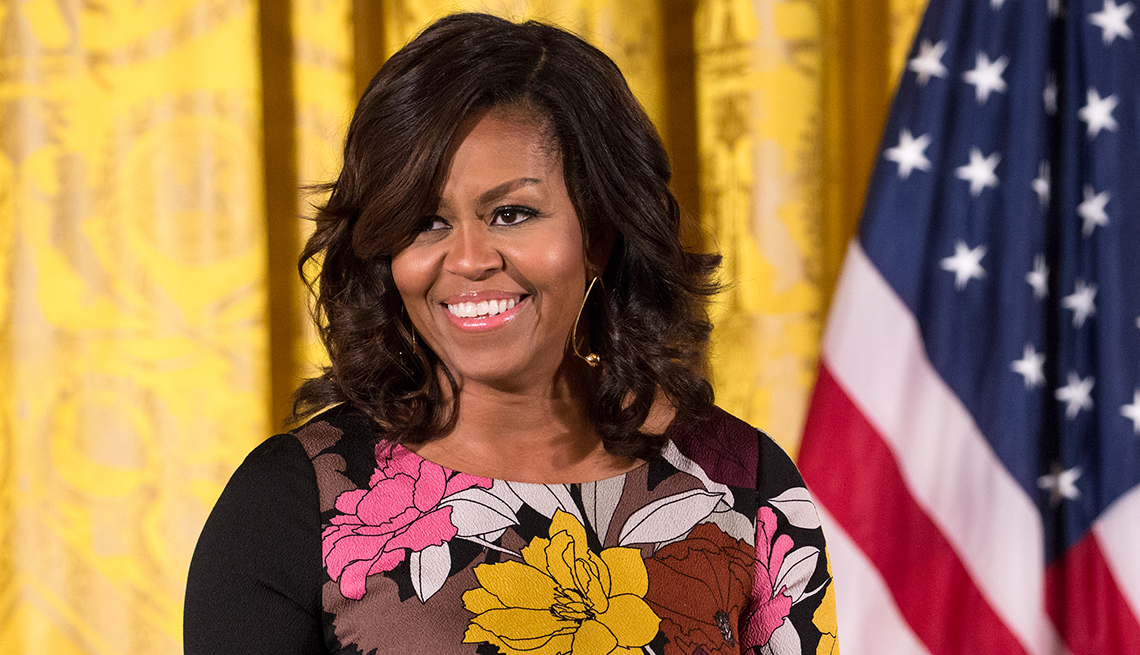 En español | Michelle Obama, who left Washington in 2017 with a 68 percent approval rating, has written a memoir that will be released on Nov. 13.

On her Twitter page the former first lady called the book, titled Becoming and to be published by Crown, a "deeply personal" work that will cover much more than her White House years. "I talk about my roots and how a girl from the South Side (of Chicago) found her voice," she wrote on Twitter.

Obama, 54, is the seventh consecutive first lady to write a book. Lady Bird Johnson began the modern-day memoir tradition — publishing A White House Diary in 1970 – and was so invested in documenting her life in the White House that she would, on most nights, place a pillow on the door of a personal sitting room — a signal for "I want to be alone" — and speak into a recorder. And while Pat Nixon never wrote an autobiography, every first lady since has done so, each gaining best seller status. In fact, most memoirs by the first ladies often outsell those of their husbands, including Lady Bird Johnson, Rosalynn Carter, Nancy Reagan, and Barbara Bush — with Reagan's My Turn infamously receiving scorn for her bitter feelings toward some of her husband's staff and her own daughter, Patti. But the idea of writing a memoir as a first lady isn't just one in the 20th and 21st centuries. Julia Grant, wife of President Ulysses S. Grant, wrote memoirs in the 1890s, but her writing was deemed too critical of her husband's policies, and the books were published only after her death in 1902. Helen "Nellie" Taft became the first to have her work released during her lifetime, publishing Recollections of Full Years in 1914.

"I hope my journey inspires readers to find the courage to become whoever they aspire to be. I can't wait to share my story,” Obama said on her Twitter page. Crown wrote in a statement that the book also will touch on Obama’s White House life, motherhood, her public health campaign and more.

Following Laura Bush’s lead, Obama also will narrate her own audiobook. Upon publication she will embark on a domestic and international book tour. More information about Becoming is available at becomingmichelleobama.com.