There’s a popular T-shirt that fans of Justice Ruth Bader Ginsburg have been known to sport: It’s an illustration of her, wearing a T-shirt with the sleeves ripped off, with her biceps and forearm muscles popping out. Underneath, it says: “Notorious R.B.G.”

Part of that is a salute to Ginsburg’s muscular status on the Supreme Court (and a reference to the late rapper the Notorious B.I.G.). But part of it might be an acknowledgment of Ginsburg’s continued health at 84, and her workout regimen.

Now, her workout is the basis of a book. Ginsburg trainer Bryant Johnson, who also trains justices Stephen Breyer and Elena Kagan, has coauthored “The RBG Workout: How She Stays Strong … and You Can Too!.” The book has just been published by Houghton Mifflin Harcourt. 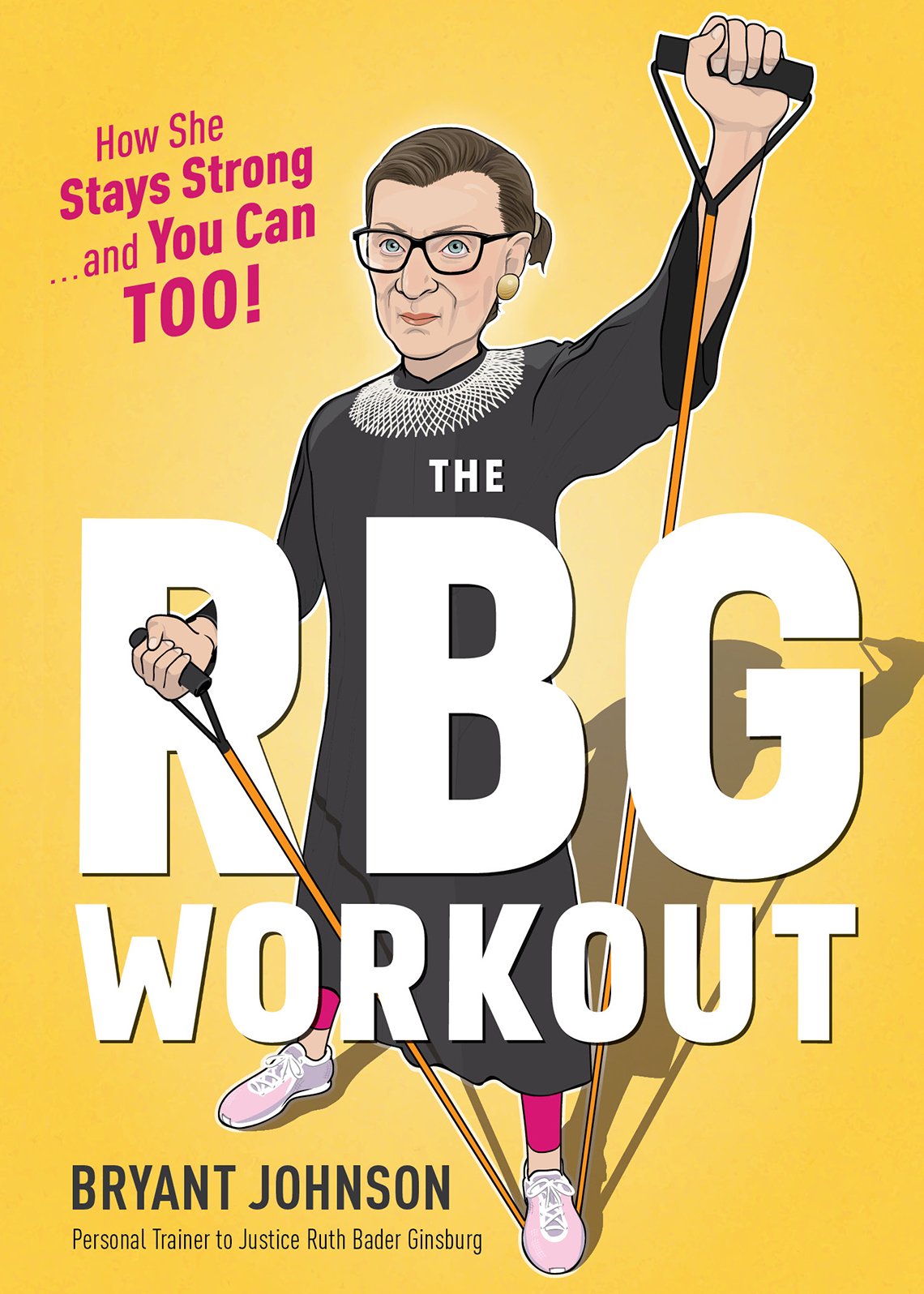 The book features illustrations by Patrick Welsh and walks through Ginsburg’s exercise routine on a step-by-step basis. If you think it’s an easy workout befitting a slightly built octogenarian, be warned: It isn’t.

The workout consists of sessions on an elliptical trainer and strength training, some of which involves weights. A 27-year-old reporter from Politico went through the workout with Johnson back in February, and that session generated this headline: “I Did Ruth Bader Ginsburg’s Workout. It Nearly Broke Me.”

"As for Ginsburg’s continued vitality, after going through one of her workouts I can confirm she could not be in better hands. Sore, disoriented and cranky, I didn’t feel a day over 65,” wrote the self-described “reasonably fit” reporter, Ben Schreckinger.

Ginsburg has hour-long, twice-weekly training sessions with Johnson, the Associated Press reports. His full-time job is as a clerk at the U.S. District Court for the District of Columbia, and he’s also an Army reservist as well as a personal trainer.

Ginsburg began training with Johnson after being treated in 1999 for colorectal cancer. Her health is a regular topic of speculation among court watchers; if she retired, President Donald Trump would get to nominate the replacement for the reliably liberal justice. That likely would change the balance of the current court and throw open the possibility of revisiting decades of rulings that liberals favor. So for them, Ginsburg’s health — and the success of Johnson’s training regimen — is of more than casual interest.

“Do something. If you’re not doing anything then I advise you do something,” Johnson told Politico about his exercise regimen. “It doesn’t matter what you do. You find out what is your niche and do something. Your body is made to move.”