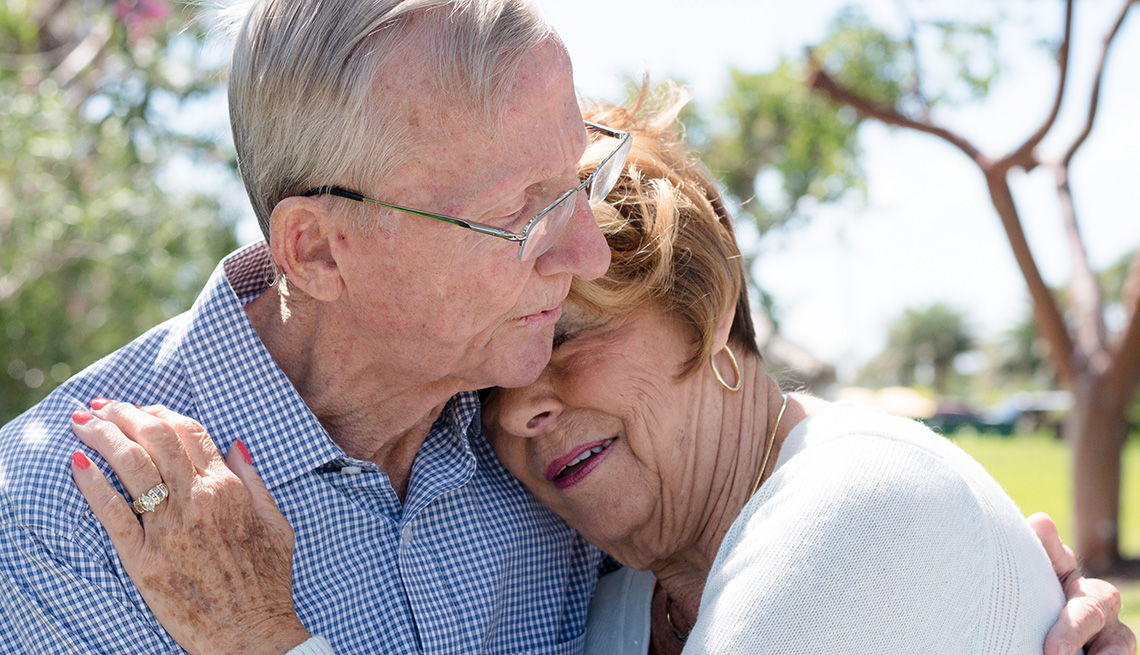 En español | "Yes, I know she has what you call ‘dementia,'” 75-year-old Sam said, his white-whiskered face set sternly as if challenging me. “But I choose not to focus on that very much.” He added, “Barbara and I have been married for over 50 years and she's still the same wonderful woman to me."

His hard look seemed to soften a bit when he mentioned his spouse and the love of his life. I was moved by his sentiment: No matter how much Barbara's thinking skills had deteriorated over the last few years, the essence of who she was — and even how she was — were still basically the same to him.

Nonetheless, I worried about the two of them. Because Sam was intent on limiting the degree to which their lives were disrupted by her condition, he wouldn't accept support services, such as home health aides and adult day programs, that are often helpful for patients with dementia. Likewise, because he played down that he was a dementia caregiver, he wouldn't consider attending education or support groups or asking their adult children and grandchildren to pitch in.

It was as if Sam felt that being loyal to Barbara meant largely ignoring her disease and trying to live as fully as they always had. To his way of thinking, dwelling on dementia's dire consequences and admitting her limitations would be giving in to it — something no strong, caring husband like him would ever do.

I have met many older spousal caregivers over the years in hospitals, primary care offices and retirement communities who refused to buckle to the reality of a loved one's condition, be it dementia, Parkinson's or cancer. It was as if they thought they could keep illness from touching them by rejecting all reminders of it, including educational pamphlets, medical treatments and social supports. It was only when catastrophe struck — a bad fall, sudden confusion, or medical complication and hospitalization — that they'd grudgingly admit, “Yes, my loved one has a bad condition for which we need some help."

Caregivers who can accept the course of a loved one's illness, learn to contend with its many challenges and then savor the time they still have left with one another are better able to cope with whatever unfolds. How can all caregivers achieve that level of flexibility and adaptation? Here are some ideas.

Positive thinking can be negative: Many caregivers are saddled with the belief that staying continuously positive gives them the best chance of warding off the effects of a care receiver's illness. They refuse to entertain more negative thoughts (or engage in what's disparagingly called “stinkin’ thinkin'") as if they could be potentially harmful. But positivity not based on reality is self-delusion. It prevents caregivers and care receivers from taking necessary steps to face the challenges of caregiving squarely. It maintains short-term happiness at long-term peril.

Negative feelings can be positive: Similarly, some caregivers believe that expressing negative emotions, such as sadness and worry, can increase the stress and guilt felt by care receivers and hurt them, too. But when caregivers are unremittingly upbeat, then their loved ones often feel prohibited from expressing any twinge of sadness or anxiety. That doesn't make them cheerier; it makes them feel more alone with their conditions and emotions. It is better for caregivers to share their negative feelings with care receivers and consequently draw closer in commiseration.

Accepting isn't despairing: Despair is defined as the complete absence of hope. But that's not the usual end result of acceptance. When a caregiver can reflect upon all the ramifications of a loved one's condition, he is taking command of caregiving to the best of his abilities. He makes decisions based on an awareness of the facts. He meets day-to-day problems by generating solutions that are realistic. That doesn't lessen hope for living a life of the highest possible quality; it increases it.

Accepting can be cherishing: Living with acceptance that a loved one is declining doesn't sap enjoyment from time spent together, it intensifies it. There is something about having an awareness of the care receiver's vulnerability that concentrates the caregiver's mind and makes time itself more precious. We do our best with eyes fully open. We take in our loved one for as long as we can. Afterward, we cherish them and all we did to try to help them.