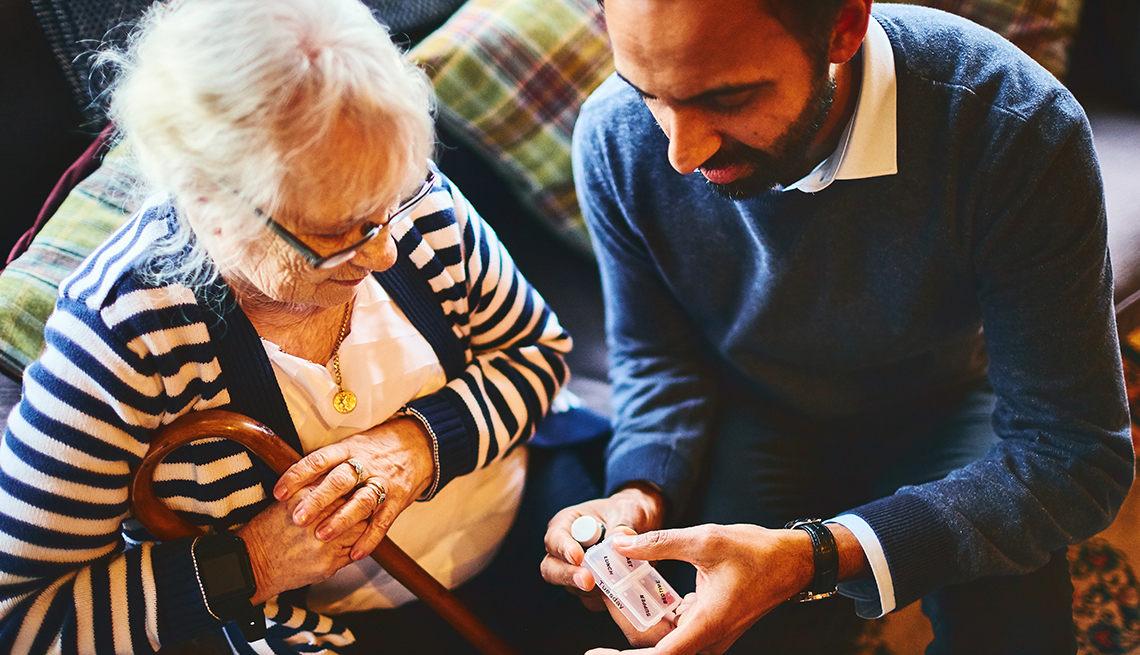 En español | “When I tried to be a ‘pillar of strength,’ it created problems for us,” said Bob, the devoted but weary husband of Lorraine, his cancer-stricken wife, during our last psychotherapy session. “I learned that when I shut off my feelings, then she felt shut out.”

It was 1995 and Bob wasn’t the first male caregiver I’d treated who thought that being as unbending and silent as a stone pillar was the right way to be strong through a family medical crisis. But Lorraine had dragged him into therapy because his cold, hard stance made her feel more alone, not better supported. After several sessions in which she’d confronted him for being unfeeling, he finally began to express his own fears about her cancer. She responded with relief. During a later meeting, he allowed himself to cry about the sadness of their situation. She put her arm around him to comfort him and said she felt close to him again.

It is now 23 years later and male caregivers as a whole have changed in many ways. According to a March 2017 report from the AARP Public Policy Institute, the percentage of caregivers who are men has risen from 34 percent to 40 percent in less than a decade and male caregivers are stepping up to take on many of the medical and personal care tasks, including feeding, dressing and toileting, long handled by female caregivers. Men are managing home health aides and taking time off work to drive their loved ones to medical appointments. Over 60 percent of them are feeling moderately to very stressed by being a caregiver — just like their female counterparts.

But are male caregivers also changing emotionally? That’s a more mixed picture. In my clinical practice, I see men who readily complain about their caregiving duties and feeling overwhelmed. Others, though, still think they’re supposed to squelch all feelings to uphold a standard of being cool, calm and collected; they come across as buttoned-up and remote as Bob was. I know they are trying to be tough guys to protect themselves from too much sadness, anxiety and anger. But I worry that keeping themselves under tight rein robs them of the flexibility necessary for adapting to caregiving’s myriad and sudden challenges.

How can male caregivers learn to loosen up, feel more and express their emotions readily for their sake and others? Here are some ideas.

No protection in silence

Some male caregivers attempt to avoid upsetting their care receivers by keeping mum about the problems at hand and how they feel about them. They justify their silence by saying, “What good would talking about it do?” But family members who don’t share their emotions about something as serious as cancer, dementia or multiple sclerosis often find they consequently communicate less about other important parts of their lives, including their hopes and dreams, thereby choking off important wellsprings for their relationships. Men are better off gently broaching even frightening subjects as a means of fostering common understanding and a greater connection with their care receivers to better stand together as a united front.

Sadness is not a slippery slope

Too many male caregivers still believe that admitting being sad at all will put them on a path to utter despair, even depression. But, in my opinion, expressing a little sadness is neither a sign of weakness nor imminent collapse; it is a way of decreasing internal pressure and gaining greater emotional self-control, as well as reaching out for others’ understanding and solace.

A good example of this is seen in a recent, short AARP video of an African American male caregiver support group from Philadelphia:

We observe one man who admits he had trouble coming to the group that day because of his reluctance to share how he has been struggling with caregiving. But other men quickly point out to him that it took more strength for him to come and share than to hide at home. Toward the end of the video, the dozen or so group members rise to link hands in prayer and commiseration with one another and all seem heartened.

Why do human beings have emotions at all? Because they increase our awareness of changes to which we must respond. Rather than avoid those signals within us, men should heed them. The first stirrings of worry and fear should prompt them to plan ways to adapt to those changes. The first impulses toward frustration and anger should spur them to consider taking prudent action. And that first ache of sadness should tell male caregivers, such as Bob, that they may soon lose their loved ones and that the time to draw them close to cherish them is now.