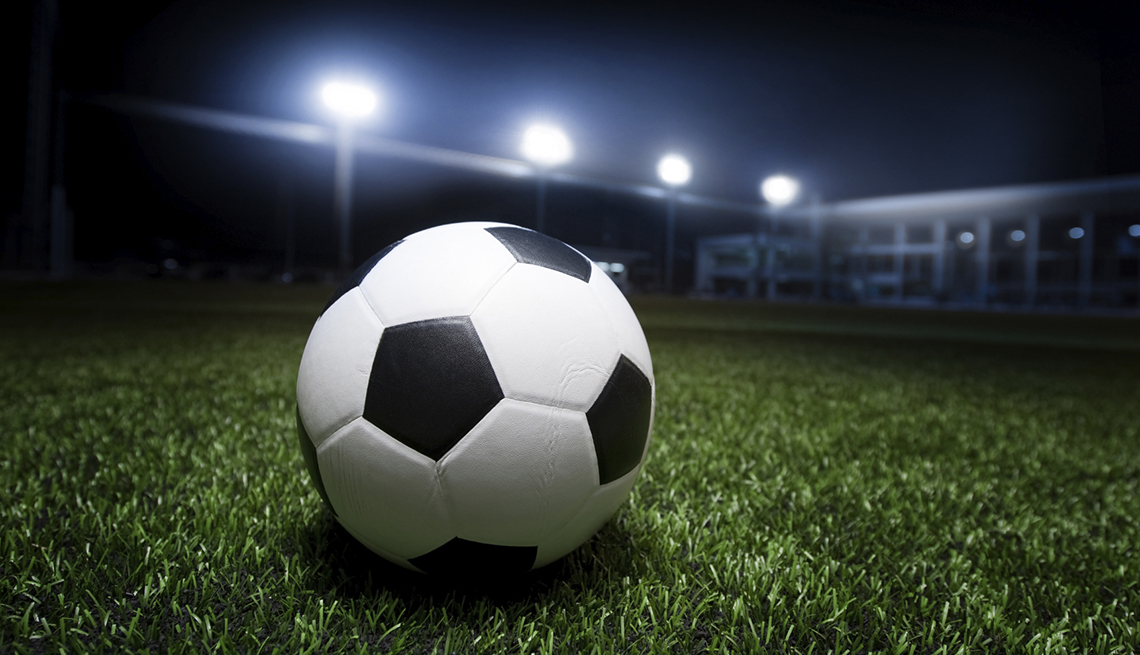 For fans of the world's most popular sport, it's more than just a stadium's architecture that makes it great. It's a certain charged atmosphere —  the kind where you get goosebumps from hearing the impassioned roar of the crowd, where everyone knows all the team's songs, and where, for a few hours at least, the rest of the world ceases to exist. Here are five of our favorite soccer stadiums, where supporters really know how to root for their teams.

Although it's relatively small, with a capacity of just over 45,000, on game days the spirit at Anfield soars. Maybe it's the hearty, en masse singing of "You'll Never Walk Alone" when players run onto the pitch. Or maybe it's the forest of red scarves waved aloft, or the fans' memories of the team's glory years during the '70s and '80s. Whatever it is, Anfield in full voice is a force — amplified further when Manchester United (whose Old Trafford stadium is also a classic) is in town.

Camp Nou is a huge stadium (with a capacity of just under 100,000) that's home to one of soccer's greatest teams. Though the structure might look a bit ragged with age, even its cheapest, faraway seats afford stunning views. And it's hard to match the energy here, where you'll see total strangers hug each other (and may get hugged yourself) each time Barça scores. A match against rival Real Madrid — a game known as El Clásico — is particularly intense. Be sure to visit the FCB Museum, where you can see the trophy room, and maybe even check out the players' tunnel.

Because of its shape, this stadium in Argentina's capital is nicknamed La Bombonera, which means "the box of chocolates." It's home to the ever popular and successful Boca Juniors, for whom the legendary Diego Maradona played and managed. The team's fans are dubbed in the singular as "La 12" and, collectively, they truly do form a single, powerful "12th man." Indeed, local support is frenzied beyond what you'd expect from a crowd of just 50,000. When La Boca lets loose, the stadium rocks — almost literally.

Though it's not an obvious choice, the Turk Telekom Arena is home to one of Turkey's best teams, Galatasaray SK, and the best place to experience the Turks' passion for this game. Their previous ground, Ali Sami Yen, was a fearful fortress for visitors (as evidenced by a now-infamous "Welcome to the Hell" sign that greeted Manchester United in 1993), but this new stadium, which opened on Jan. 15, 2011, now holds up to 54,000 ardent fans. Matches against archrivals Fenerbahçe up the energy, as the air fills with colored smoke and song. Consider bringing earplugs: On March 18, 2011, this stadium broke the Guinness world record for the loudest roar, at 132 decibels.

This immense stadium in Rio's Maracanã neighborhood is the epicenter of Brazilian football. Owned by the state government, it was built to host the 1950 World Cup final, and now major renovations are under way for the 2014 World Cup — sure to be the most raucous of parties. Even on an average game day, you can expect a carnival atmosphere (fireworks, banners, the pounding of samba drums). And if you take a stadium tour, you can stand in the bronzed footprints of Brazilian legend Pelé.