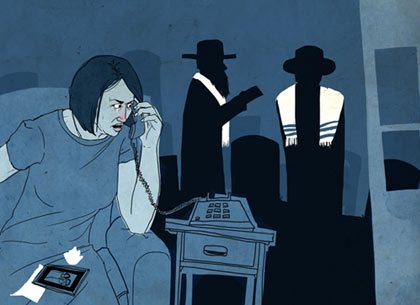 Twice divorced, Irving Gottesman was in his early 50s when he met Bonnie Hiller. Although they didn't marry, they lived near each other and their romantic relationship blossomed. Then in March 2007, about seven years later, Irving was diagnosed with terminal bladder cancer.

Arranging a funeral in advance

Bonnie thought Irving would want to be laid to rest beside his parents in Washington Cemetery in South Brunswick, N.J., but Irving had fears about burial.

Irving's ex-wife's father had been cremated, and Irving told Bonnie that he thought the ceremony distributing the ashes was a positive experience for his children. He decided to be cremated and have his ashes scattered by Bonnie's house on Sunset Lake in Foxboro, Mass., where Irving loved to visit. He also told Bonnie he did not want a religious ceremony. Bonnie wrote a careful letter outlining his instructions. At the end, he dictated one final request: "Bonnie has offered to give a party at her apartment in my memory. May there be good music, good food, good drinks, and good laughs."

Bonnie had the letter witnessed and notarized. She gave copies to Irving's hospital in the Bronx, to a social worker and to Calvary hospice center in the Bronx, where Irving would eventually be transferred.

The cremation service told Bonnie that it required a will and provided a form for Irving to sign. Since Bonnie was at her vacation home in Massachusetts at the time, she arranged for Irving's friends to bring him the will at the hospice center. Irving signed the document, naming Bonnie as executrix. It provided that she would "make all appropriate and necessary funeral" arrangements.

A rabbi, the Jewish chaplain at the hospice center, made notes of his visits with Irving. Irving told the rabbi that he wanted to be cremated. He also told the rabbi about the arguments he and his younger brother Bert, his closest living relative, had about the funeral plan.

Irving and Bert Gottesman were children of Holocaust survivors, raised as Orthodox Jews in Brooklyn. But as an adult, Irving pulled away from the strict rules of Orthodox Judaism. When he and Bert saw each other at family functions, they often argued about their religious differences.

Bonnie did not give the letter detailing Irving's wishes or his will to Bert.

At 2 a.m. on Sept. 21, 2007, the doctor called Bonnie to say that Irving had died. Bonnie asked the doctor to call Bert. As soon as he received the call, Bert began making funeral arrangements. Under Jewish law, a body must be buried within 24 hours, and cremation is forbidden.

Bonnie called the cremation service later that morning and asked for a pickup of Irving's body. She called back in the early afternoon and learned that service personnel would be at Calvary within the hour. Bonnie then called Calvary, and learned that Irving had been picked up at 6:30 a.m. by a funeral home. When Bonnie called the funeral home, she was told that Irving had already been buried at Washington Cemetery. Bert had not notified anyone of the burial.

Bonnie sued Bert to have Irving's body disinterred. Bonnie argued that Irving had made his wishes clear with respect to funeral arrangements, and the court should respect that. She also said that — although she didn't give Bert the letter or will — she did tell him of Irving's wishes. She said that Irving was alert and competent when he signed the will, and that Bert should not be allowed to bury his brother just because he disagreed with Irving's decision.

The argument against desecration

Bert argued that Bonnie told him that she wanted to bury Irving in Massachusetts, not cremate him and spread his ashes there. He also argued that Irving was not competent to sign the will. Bert, a physician, said that Irving was in serious decline because of the advanced stages of cancer and not entirely aware of what was happening around him. In addition, the documents that Irving signed did not comply with state laws, Bert said.

Bert argued that he acted in good faith and implored the court not to disinter the body, which is a sacrilege under Jewish law. In addition, professor Harry Reicher, an expert in Jewish law, testified for Bert, saying that disinterment desecrates the sanctity of an entire cemetery.

Should Irving Gottesman's body be exhumed? How would you decide? (Read verdict.) 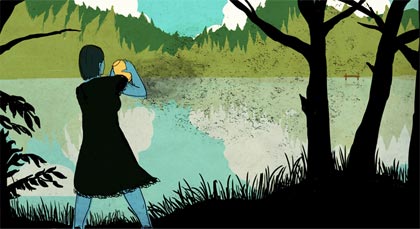 The Superior Court of New Jersey noted that "exhumation is … a serious act" that courts will not grant without exceptional circumstances. But the court also acknowledged its duty to follow the stated wishes of a dying person.

In Irving's case, the court rejected Bert's argument that his brother was incompetent to sign the will, or that the documents he signed were defective enough to overcome Irving's intent. They also did not find Bert credible in arguing that he was unaware of Irving's desire to be cremated.

Though the court noted it was "loathe to even consider disturbing … hallowed ground," it ordered Irving's body disinterred. After Bert also lost his appeal, Bonnie was finally able to scatter Irving's ashes at Sunset Lake.