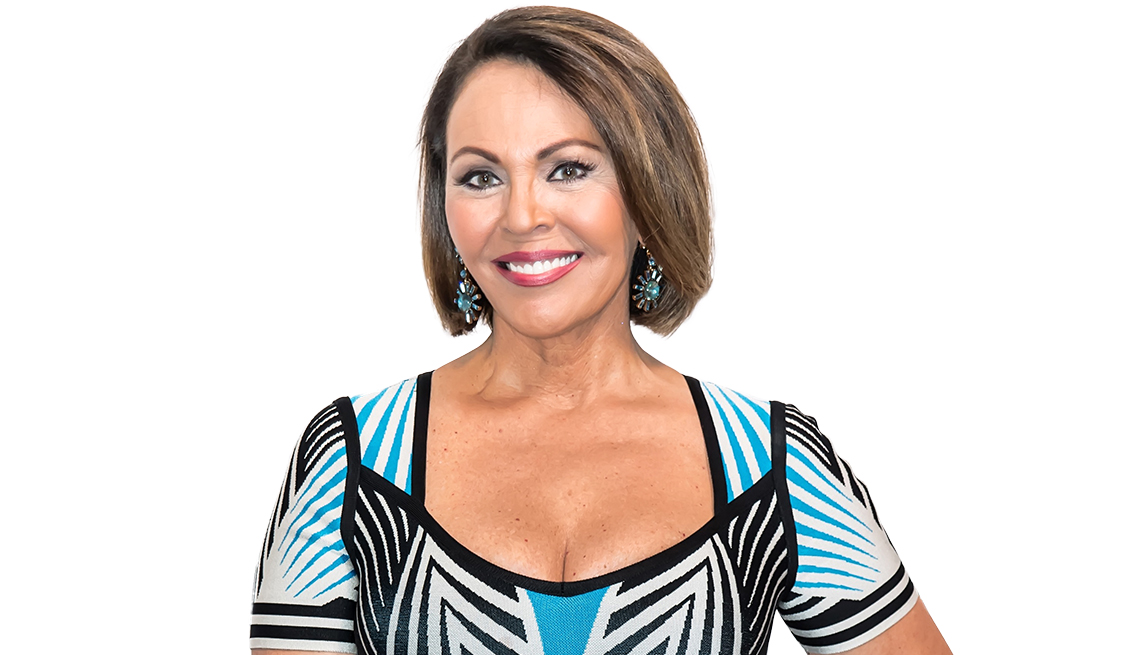 En español | My family was a reflection of the millions of other working-class families in Southern California. I was born in Los Angeles and my parents were from Mexico, but we returned to Mexico until I was 8. Even though the United States was my country, it was a bit foreign to me at first because I didn’t speak the language. I started working when I was 14 to help them pay the rent and pay for my school. One thing that was very ingrained in me was pride in my cultural heritage. My mother taught us to love the country where we were born and the country of our heritage. So we celebrated and embraced both cultures and holidays, like the Fourth of July and Mexican Independence Day, Thanksgiving and Las Posadas. That's why I feel I'm part of that generation of bilingual-bicultural Hispanics in the U.S., who are very proud of their roots.

So even though I’m as American as anyone else, I've never felt 100% American, because of that duality—a sort of identity crisis that makes you wonder, what am I?

Am I Mexican or am I American? I’m Mexican American. I'm both, not just American or not just Mexican.

My daughters’ father is of Cuban descent, and they embrace the culture of both of their parents. But in their generation, they don't necessarily feel Mexican or Cuban. They feel Hispanic and speak Spanglish, just like I do.

In the 37 years I worked as an anchor at Univision, I’ve seen the growth in numbers and political and economic influence of the Latino community. I’m proud of who I am and what my community has accomplished. I’m not an import from Latin America. I'm homegrown. I grew up in this country and have always felt that I was informing a community that I was a part of. I’m very aware of the challenges our community faces and the contributions they made to this country. That's important.

The key to gaining the Latino community’s trust is to be honest, engaged and involved. You can't fool people. The lens does not fool people. I've been out there in the trenches. You can’t just say you care; you have to show them you care about the issues that affect them and that your reporting is providing perspective on their issues.

It’s not just your last name, the color of your skin, the accent in your voice or the texture of your hair that determines that you are Latino. It has to do with your character and with the content you provide as a journalist.

I always thought that our role in Spanish-language media was so much bigger than mainstream media, because we not only kept them in touch with what was happening in their own communities and in their own countries of origin but also empowered them by giving tools that they need to succeed in this country.

—As told to Verónica Villafañe

With 37 years as a journalist and 30 years on the Noticiero Univision news desk, Emmy– and Peabody award–winning María Elena Salinas is the longest-serving Spanish-language female news anchor in the United States. She retired from Noticiero Univision in December 2017. That same year she began a new career in English-language television as producer and host of the investigative news program The Real Story with Maria Elena Salinas on the Investigation Discovery network. Also in 2017, she was inducted into the National Association of Broadcasters Broadcasting Hall of Fame. In 2006, Salinas shared a long-held family secret in her book, I Am My Father’s Daughter: Living a Life Without Secrets. She has two adult daughters, Julia and Gabriela.