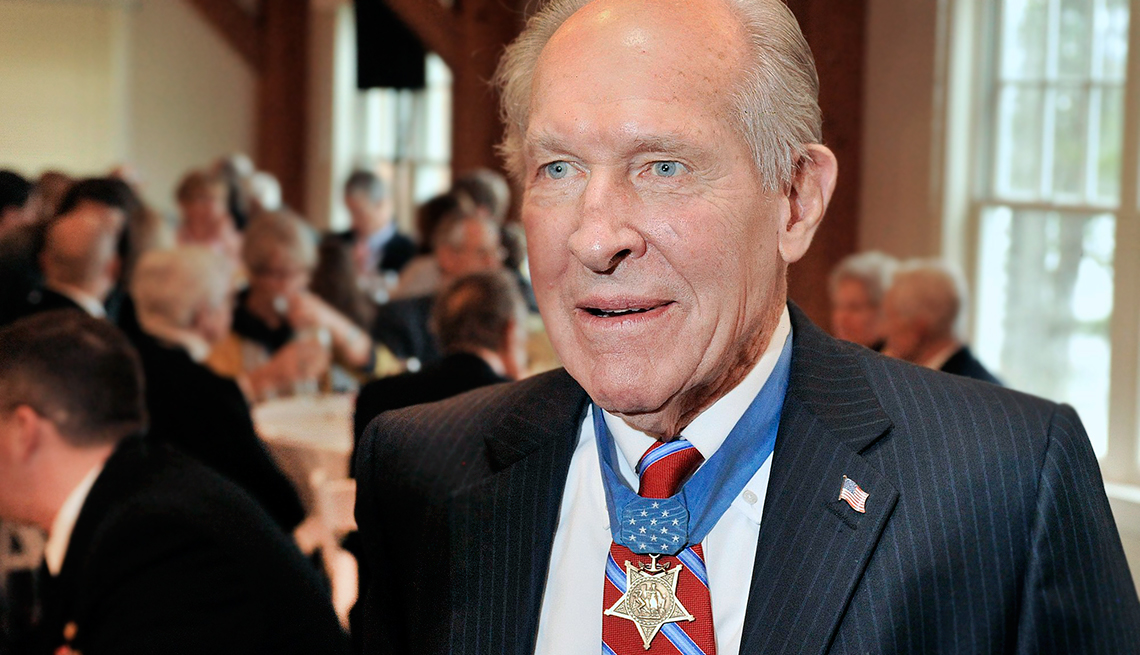 Thomas Hudner, a former U.S. Navy pilot who received a Medal of Honor for a rescue attempt that made civil rights history, died Monday at 93.

Hudner was a 26-year-old pilot and lieutenant junior grade in December 1950 when he attempted to rescue Ensign Jesse L. Brown, the Navy’s first black aviator, after Brown’s plane was shot down behind enemy lines in South Korea. Hudner crash-landed his own plane on a mountainside near Brown’s plane and rushed to rescue.

"When I got to the plane, Jesse was almost frozen. His lips were blue, and he was shivering. The fuselage had crushed his leg and pinned his knee to his instrument panel. I grabbed him by the jacket and tried pulling him out, but he was trapped,” Hudner said in an interview for a 2016 article in AARP The Magazine.

Hudner, who was white, was Brown’s wingman on the mission. He could not extract Brown from the aircraft, and Brown died at the scene as Chinese troops approached on the ground. A rescue helicopter picked up Hudner.

"I couldn't free him, and the helicopter pilot didn't have instruments to fly at night. I promised Jesse we'd be back, but his head was slumped forward and he'd stopped breathing. Then, once we were in the air, we saw Chinese soldiers climbing the slope of the mountain,” Hudner told AARP.

Hudner, of Concord, Mass., received the Medal of Honor from President Truman in 1951. Truman had integrated the military in 1948, and some critics of that action claimed white members of the military would not come to the aid of blacks in battle. The rescue attempt answered that claim.

Hudner told AARP that pilots had been warned not to crash-land their planes to attempt a rescue — meaning he could have been court-martialed for his actions. "I'd have gone in anyhow because Jesse was not just another pilot. He was a friend,” Hudner said of Brown.