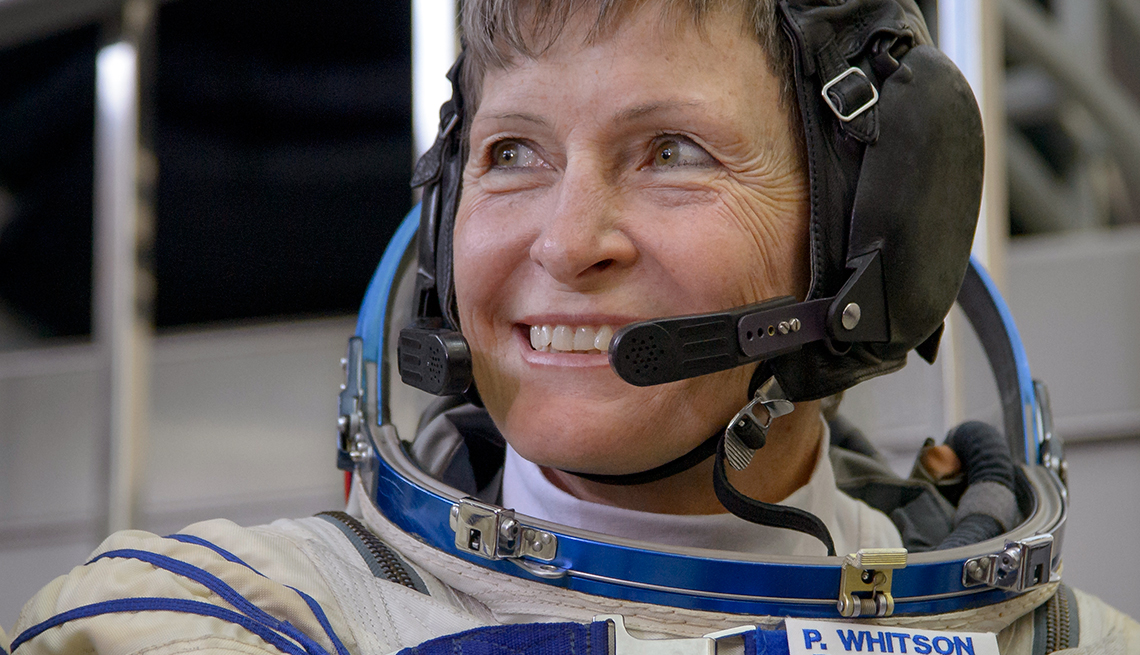 Peggy Whitson, 57, returned to Earth after spending 288 days in space.

NASA astronaut Peggy Whitson returned to Earth on Saturday, landing in Kazakhstan with two others following a record-setting flight that catapulted her once again into the history books.

Whitson’s latest journey marks 665 days off the planet — 288 days on this latest mission alone — surpassing that of any other American and any other woman worldwide, according to NASA.

This is not the first time the 57-year-old has shattered records. The oldest woman in space became the first woman to command the International Space Station in 2008. Later, she became the first woman to command it twice. She’s also the female astronaut who has spent the longest time in orbit during a single spaceflight — 288 days. She also holds several spacewalking records including one for completing the most total spacewalks — 10.

“Exploration has always been at the core of who we are as Americans, and their brave contributions to human spaceflight have continued that great tradition,” he said.

Before her most recent launch in November 2016, Wilson told reporters that much of the interest in her has been for being “old and experienced.” But she also acknowledged that the trips grow easier with age as she knows what to expect on a space flight.

“I love working at NASA, but the part that has been the most satisfying on a day-to-day basis, hour-to-hour, minute-to-minute, has been working on board the space station,” she told reporters during the summer of 2016. “Even if I’m just cleaning the vents in the fans, it all is important.”

Whitson was born in Iowa and earned her doctorate in biochemistry from Rice University in Texas in 1985. She later accepted a research residency at NASA’s Johnson Space Center in Houston. Much of her time at the International Space Station has been spent laying the groundwork for a mission to Mars at some point in the future.

Speaking from orbit in April, she said she’d definitely like to go to the Red Planet.

The space station "has been phenomenal but I would like to take some of the next steps,” she said. “I’m not sure if I will last that long, but I’ll give it my best.”