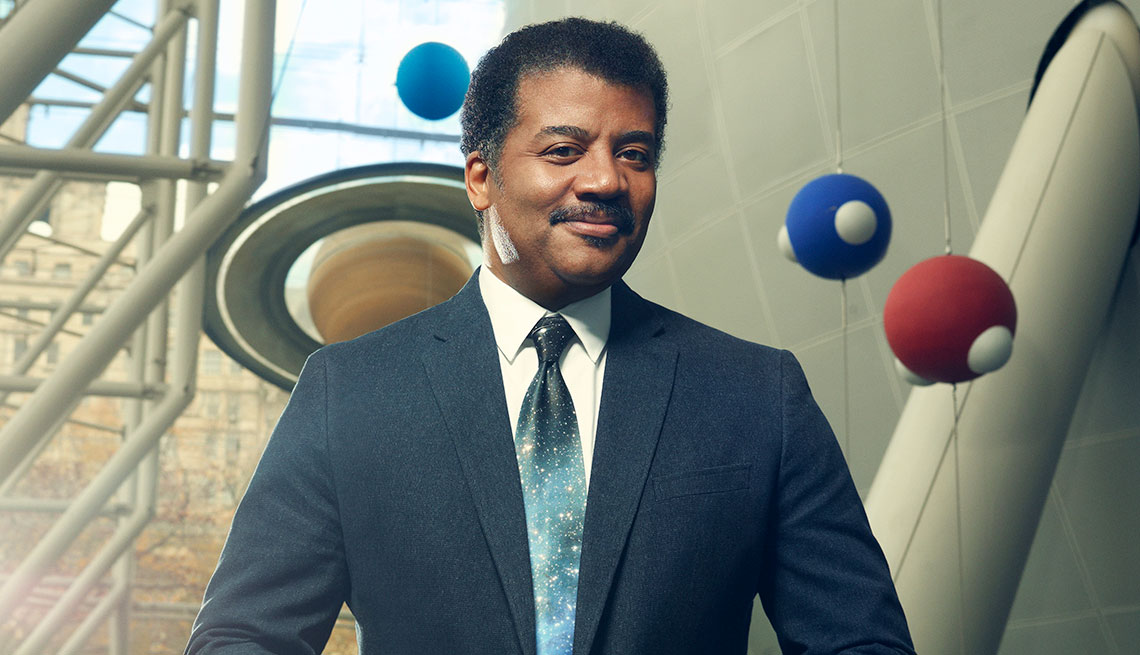 Astrophysicist Neil deGrasse Tyson at the American Museum of Natural History's Hayden Planetarium, where he serves as the Frederick P. Rose Director, in New York City.

En español | People growing up in the 1950s and '60s dreamed of a man landing on the moon, and saw that happen. Do younger generations have a similar dream for space?

No, not at all. But it's not their fault. We dreamed of landing on the moon because the space program kicked in. Right now NASA says we'll land on Mars maybe in the 2030s under the leadership of a president not yet elected, with a budget not yet established. That's a very different goal.

What about plans to colonize Mars?

Mars One plans to send a first launch from Earth to Mars in 2026. And the interest is to send people one way, Pilgrim style. The difference between that and the actual Pilgrims, of course, is when the Pilgrims landed at Plymouth Rock, they could breathe the air.

And because they're not coming back?

You have to be really resourceful about how you stay alive.

I have much less confidence in the success of this than the planners do, but somebody has got to dream it. I'm not going to say "don't."

I read a statistic that more than one-third of Americans believe that UFOs exist. What do you say to them?

Good point. What do you say to people who believe in extraterrestrials?

Maybe we are being visited by aliens. I'm not going to discount that, but I just need better evidence. Bring me a dead alien! Or better yet, a live alien!

There has been a string of hit movies recently about science — Gravity, Interstellar, The Theory of Everything, The Imitation Game.

I think science is trending. And beyond movies, a major hit show on television is The Big Bang Theory. The banter among the characters is accurate science. The whiteboard in the background changes every show to have genuine equations on it.

It's the first science-based talk show on television. Ever. We noticed from our radio show, StarTalk Radio on Sirius XM, that the audience is particularly responsive to receiving science if it is blended with pop culture and comedy. Of our 50 radio shows a year, 10 are filmed and are going to appear as a talk show on the National Geographic Channel one night a week.

Whom do you hope to reach with the show?

You're the director of New York's Hayden Planetarium, which you've said had a huge influence on you as a child.

At age 9, watching the stars come out in the dome of the Hayden Planetarium was magical. Planetariums count as the first virtual reality experience. I grew up in the city, and so I had no concept of the night sky until I visited the planetarium. I'm to the point where I'm pretty sure the universe chose me. I've been hooked ever since.

Is that when you decided to become a scientist?

It would take about two years. At 9, I'm not thinking career. I'm thinking, this is fun. At 11, I'm thinking I need a Ph.D. in astrophysics, so that's what I'm going to aim for. So I had an answer to that annoying question that adults always ask kids: "What do you want to be when you grow up?"

What's the difference between astrophysics, astronomy and cosmology?

Basically, astrophysics is the modern word for astronomy. Cosmology is a branch of astrophysics that studies the origin and fate of the universe.

Leonard Nimoy, who played Mr. Spock on Star Trek , died recently. Why do you think he was so popular?

People think of Spock as a Vulcan, but to me, he was a scientist. How many placements of scientists are there in such an important role in any storytelling over the decades? Hardly any. The character has been endearing and enduring.

And what about the show itself?

It's got science, and it's got space. It's got morality as major themes on which it centers. It's the first spaceship in the history of storytelling where it was not built to go from Earth to another place. It was built to just explore.

Are you afraid of getting older?