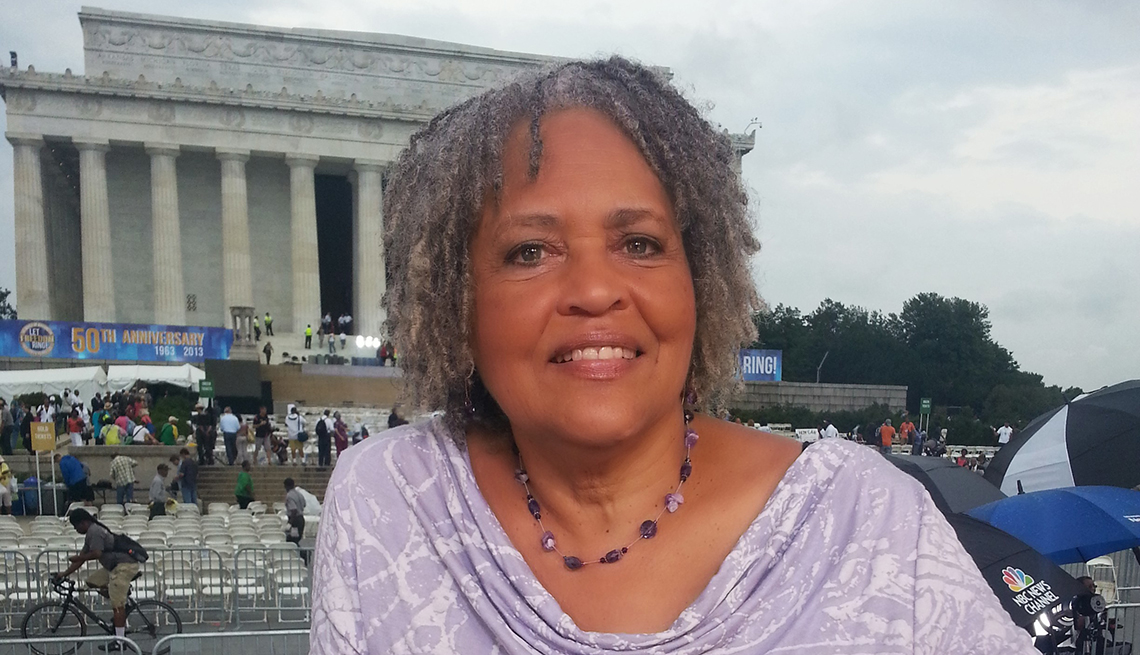 NOTE: This story was originally published in the September/October 2014 issue of AARP The Magazine. It won the National Association of Black Journalists Salute to Excellence Award in 2015.

When I was a little girl, I sat at my grandmother's knee while she read the newspaper. Pigtailed and proper, I'd wait patiently until she finished and handed me the comic strips. My favorite was the one about the dashing blue-eyed redhead, Brenda Starr, reporter for the New York Flash. I loved Starr's life of adventure and romance — the fearless way she traveled the world, the clever way she figured things out. I dreamed of being a reporter like Brenda Starr, and one day told my mother so.

"Well, if that's what you want to do," she said, in her soft-spoken voice.

It was a remarkable response from a black mother in Covington, Georgia, in the 1940s. In that small, segregated town, black people knew their places: in all-black neighborhoods, schools and churches; in the one all-black movie theater, where whites like Tarzan were the featured heroes and blacks played Gone With the Wind–type "mammies" and butlers. In the white stores around the town's circle where we shopped, employees smiled, but that geniality ended at the cash register. And yet from some deep, historical reservoir, my mother knew the power of dreams. She instinctively knew if I wanted it badly enough, I'd find my path.

And I did, but with challenges the fictitious reporter in my life could never have known.

My elementary school was one of those "separate but equal" schools the U.S. Supreme Court's 1954 Brown v. Board of Education decision exposed as a lie. Our books were hand-me-downs from the white schools, some with pages missing. When it rained, our dusty, red-clay playground turned to mud. For lunch, a stand in the cafeteria sold pig-ear sandwiches on white bread, or other parts of the pig, fried to a crisp, known as "skins." But still we learned, living proof of that African proverb: It takes a village to raise a child. And so, once a year, our black village helped overcome some of those deficits with a fundraiser. And the child of the family raising the most money was crowned king or queen. I got the crown one year, a "diamond" tiara. And for a time, I was insufferable to my classmates. Eventually, I stopped wearing the tiara. But the notion that I was a queen had taken up residence in my head and, years later, would help steady me during one of the most formidable tests of my life — desegregating the University of Georgia, a place that had been resolutely white for its entire 176-year history.

Until then, my only experience going to school with whites had been in 1955, in Alaska, where my father, an Army chaplain, was stationed. I was the only black child in my class, but I made friends and was comfortable in my skin. Only when prom time came was I the only student who didn't have a date. I went anyway, and my two white gay male teachers saw to it that I got to dance. With them.

I didn't hold that against my white classmates, though, as I never developed much animosity toward whites, even growing up in Covington, where the very street we lived on — Brown Street — was named for a white man who fathered several black children, including my mother's father. I suppose my lack of animus came from being raised in a religious household and a churchgoing community that taught love, not hate. "Do unto others as you would have them do unto you" was the creed we lived by. It was also a layer in the armor that protected me as the years went by.

After a year in Alaska, I happily returned to my all-black high school, and blossomed with each successive year as I learned about people like Ida B. Wells, the muckraking black journalist, and Henry McNeal Turner, the activist "race man" for whom our school was named. The education philosophy of my teachers: If they couldn't give us first-class citizenship, they were going to ensure we got a first-class sense of ourselves. So in the final months of my senior year, after I wore still another crown as homecoming queen, two of Atlanta's progressive black leaders came to our school looking for students who might be interested in attending an all-white college — a test case five years after the Brown decision. Without hesitation, Hamilton Holmes and I, both top students, volunteered. 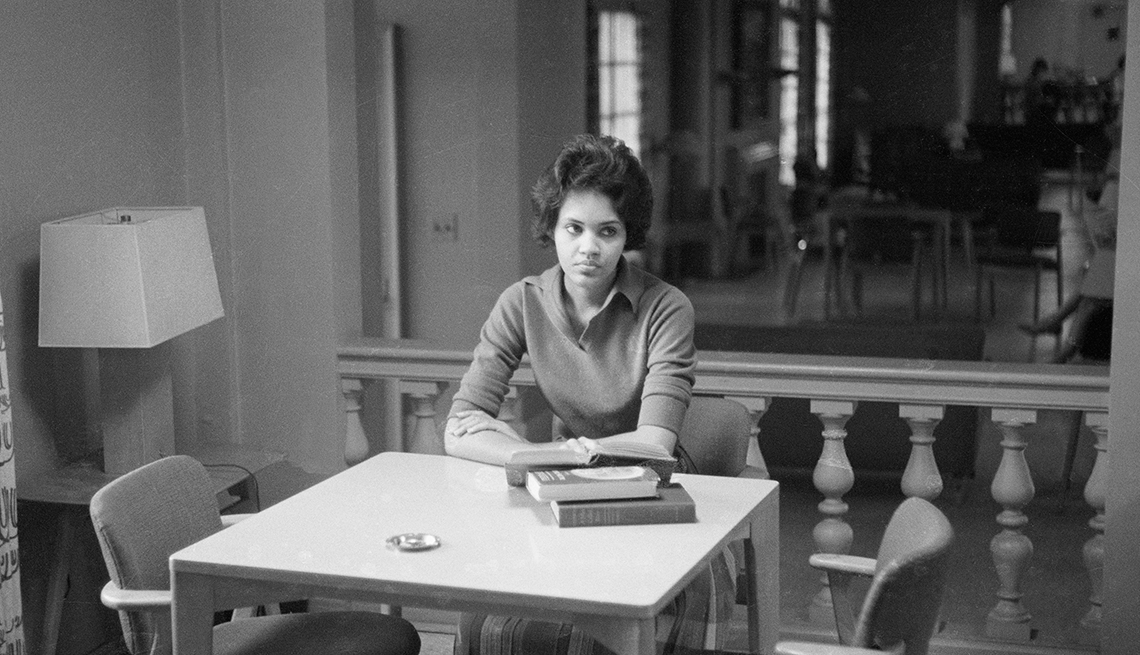 A year and a half later, when we finally showed up at the university under court order, hate-filled crowds greeted us with jeers of "Nigger, go home!" But I paid them no mind, for I was wearing my invisible tiara and knew they weren't yelling at the queen. Three nights later, though, hundreds of students rioted outside my dorm; one threw a brick through my window, forcing me to dig deeper into that arsenal of armor — this time for a Bible verse given to me by my other grandmother, with whom I spent many summers in Florida: "Yea, though I walk through the valley of the shadow of death, I will fear no evil."

I was escorted off campus that scary night, and Hamp and I were suspended under the ruse of "for our own safety," but we were soon readmitted and lived the next two years in relative quiet. Determined not to be bound by limits, I made a few white friends, mostly journalism students, including one who later became my first husband. By then, young people across the South were sitting at lunch counters, marching in the streets, challenging segregation at the coal face. (Three years later, during the tide-turning Freedom Summer, hundreds from the North would join them in a "righteous crusade" to win black Mississippians' right to vote — a crusade that would lead to the passage of the Voting Rights Act of 1965.) So in quiet solidarity, I joined an upstart black newspaper headed by activist M. Carl Holman, with Julian Bond as managing editor, and spent weekends and holidays writing stories about Atlanta's often-jailed yet steadfast demonstrators. 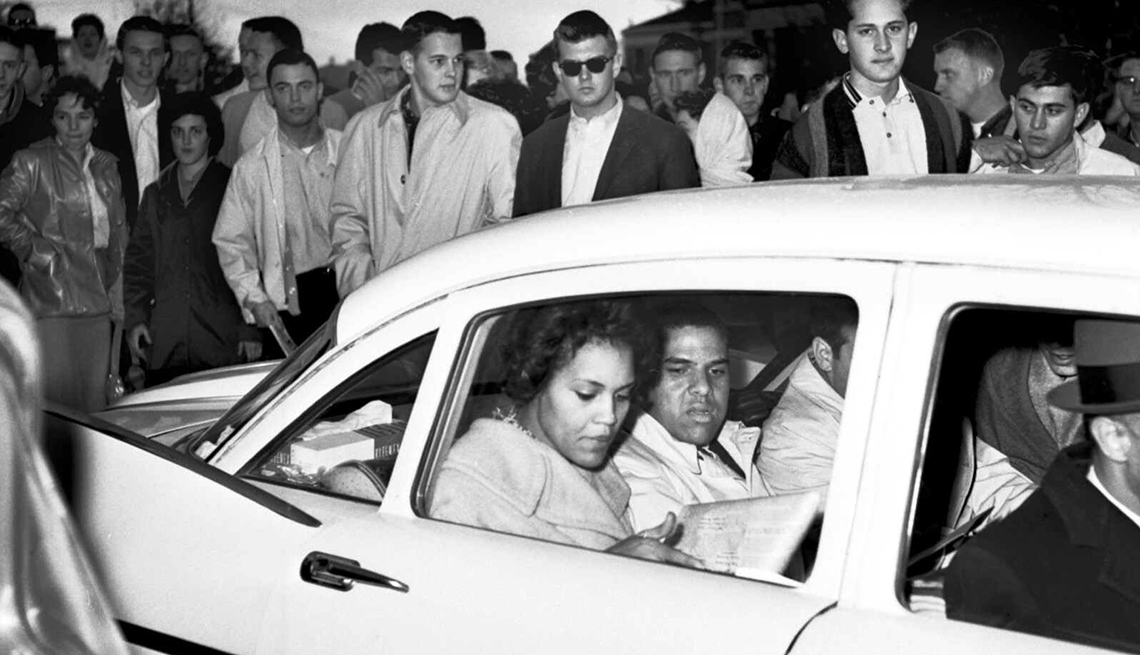 Month after month I watched as my friends exposed themselves to palpable hate — and, sometimes, violence — but I refused to harbor anger. I knew that, like me, these students were wrapped in that familiar coat of armor and were simply doing what we were brought up to do: take control of our destiny — without ambivalence or fury or fear.

Upon graduation, I left for New York, where the late, great editor of the New Yorker magazine, William Shawn, had read about my case and my dream and invited me to join the staff, along with other young graduates from prestigious northern universities. Initially, like them, my job was typing rejection slips and story lineups, but before long I was promoted to reporter, the first black to be named to that position. I kept my eye on and my soul in what was going on in the civil rights movement, and wrote about black people in ways they were rarely portrayed anywhere in the media — in their full humanity. I continued this work at the New York Times, and in the decades since, never strayed, even as my reach widened to television, radio and other media, and to the world beyond our borders — most notably South Africa during the days of apartheid. I always felt I had a responsibility to confront issues of race and racism, but in ways that narrow the divide and focus on the positives of difference, rather than the all-too-exploited negatives. It hasn't been without its challenges. Once, when I was working at PBS' NewsHour, I surprised a white guest when he saw me sit down on the set to interview him.

"How long have you been doing this?" he asked after the show was over. And when I answered, "About 30 years," he responded, "Well, I guess it beats being a hairdresser."

I view unintentionally hurtful comments like that as coming from people who, if not ignorant, are uninformed. Unfortunately, expressions of racial insensitivity or hatred are still littering the landscape of our ever-elusive "more perfect union." And the reversal of some of the progress we made — sadly evident in the resegregation of our nation's schools and neighborhoods — is spurring scant public outrage, not even another righteous crusade. And so, wearing my invisible tiara, I continue to renew the commitment and the mantra of the civil rights movement: to "keep on keeping on," to use the values the village instilled in me all those years ago, to recite and write about our history and its relevance to our struggles today, to work at ensuring people are judged not by the color of their skin or the god they worship or the person they love, but by the content of their character — Martin Luther King Jr.'s dream of "the Beloved Community."

Charlayne Hunter-Gault is an award-winning journalist who has written about the civil rights movement in her books In My Place and To the Mountaintop: My Journey Through the Civil Rights Movement.