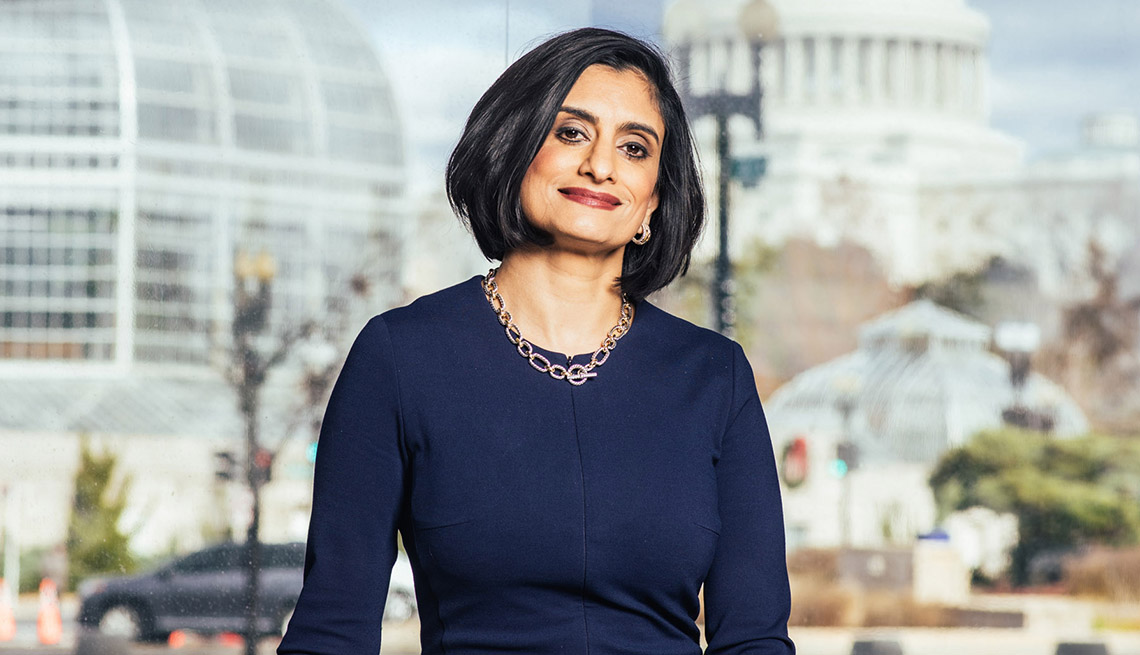 Responsibilities: Verma directs the coordination and implementation of Medicare and Medicaid, as well as the exchanges of the Affordable Care Act (ACA). Together, these programs make up almost a third of the federal budget and provide health care for more than 130 million of the country's oldest, sickest and poorest people.

Current priorities: Empowering patients, transforming the health care system to deliver better value for patients through competition and innovation, and strengthening and modernizing Medicare and Medicaid.

Time in office: Confirmed CMS administrator by the U.S. Senate on March 13, 2017

Personal: Married to a child psychiatrist. They have two children

Background: Verma is best known as a national health care consultant in both the private and public sectors, specializing in working with state Medicaid programs. She developed the Health Indiana Plan, which requires Medicaid recipients to pay premiums that are then put into individual savings accounts. Early in her career she concentrated on maternal and child health issues, working at a public hospital where she often made home visits and helped women manage their pregnancies. Verma has a master's degree in public health from Johns Hopkins University.

On the future of Medicare: “I want to make sure that the changes that we're making and the impact that we are having is also going to the individual patient level. We are the nation's largest insurer. Whatever we do has an impact on the entire system. What I want to do is make sure that the moves that we make do have an impact on the whole health care delivery system."

On Medicaid work programs: “The goal of the Medicaid program for able-bodied individuals isn't to keep them on Medicaid, but the idea is to use this program to help them rise out of poverty. Success isn't more people on the program; it's actually less people on the program, because that means that they are getting jobs, they're becoming more independent, they're not depending on the government to fund their health care. That's the goal."

On patients controlling their medical data: “By having the information, it's not just about patients having access to their data and making it easier for them and their doctors, but it could really push the new generation of research and coming out with more cures and more personalized treatment."

"Seema Verma is starting her third year as head of the Centers for Medicare and Medicaid Services — a long time in the life of CMS administrators,” says Gail Wilensky, a health care economist who was in charge of the Medicare and Medicaid programs from 1990 to 1992 under President George H.W. Bush. “Mostly known for her work in Medicaid before she entered the administration, she has had many opportunities to experience firsthand the challenges involved in managing the Medicare program.”

"Seema's appointment as head of CMS was the first time in history that a Medicaid expert was in that role,” says Matt Salo, executive director of the National Association of Medicaid Directors. “Historically, the CMS administrator was a Medicare expert and left Medicaid issues to others to address. It was an indication that Medicaid's time to be relevant had finally arrived. I think she has worked very hard to be responsive to the needs of governors who are looking to administer the program in new and innovative ways."