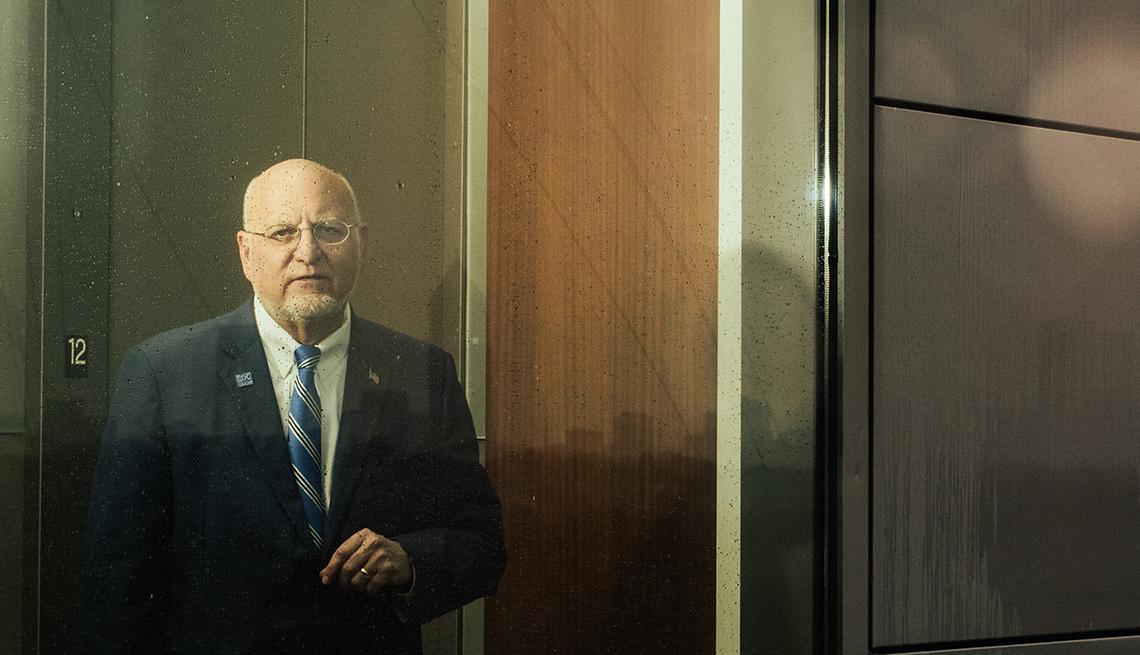 Responsibilities: As director of the CDC, Redfield oversees more than 12,000 employees across the U.S. and the world. He is responsible for controlling and managing major epidemics, maintaining national health data, promoting the public health and protecting the safety of the country's food and water supplies. The CDC's disease prevention efforts include educating the public on how to recognize and avoid common infectious diseases, such as the flu.

Current priorities: Combating opioid abuse; eliminating diseases when possible, especially HIV/AIDS and those that can be prevented by vaccine; optimizing global health security and preparedness efforts; and preventing suicide.

Personal: Married with five children, two of whom are doctors

Background: Redfield grew up in a house steeped in medicine and health. Both his parents were National Institutes of Health scientists, and his mother continued to work at NIH until she was in her late 70s. After graduating from Georgetown University School of Medicine, Redfield spent two decades at Walter Reed Army Medical Center, where he specialized in researching and treating HIV/AIDS and other infectious diseases. He retired from the U.S. Army Medical Corps in 1996 with the rank of colonel and then cofounded the University of Maryland's Institute of Human Virology and served as chief of infectious diseases and vice chair of medicine at the university's School of Medicine. He was appointed CDC director in March 2018.

On becoming CDC director: “The biggest challenge for me was to be able to accept the reality that when I took this job, I was no longer going to be able to practice medicine. I felt that wasn't going to be fair to patients."

On brain health: “Clearly, Alzheimer's and related dementias are a challenge for the older age group. Early diagnosis is key to helping people and their families cope with loss of memory, navigate the health care system and plan for their care in the future.”

"Dr. Redfield has a strong background to lead the Centers for Disease Control and Prevention. He has spent his career researching public health threats, such as HIV/AIDS and substance-use disorders,” says Sen. Lamar Alexander (R-Tenn.), chairman of the Committee on Health, Education, Labor and Pensions, which oversees the CDC. “He is becoming an effective leader of the administration's efforts to stop new transmissions of HIV, and I appreciate his partnership to help states and communities fight the opioid crisis and prevent disease outbreaks."

"So far, not bad,” says Peter Lurie, president of the Center for Science in the Public Interest, who expressed reservations about Redfield when he was appointed. “He is following the traditions of the CDC as a public health agency, and I think that generally has served him well. What's good is that they are interested in important things — like opioids and HIV. The goal of stopping further HIV communication is laudable, but as a practical matter, it's just not going to happen."