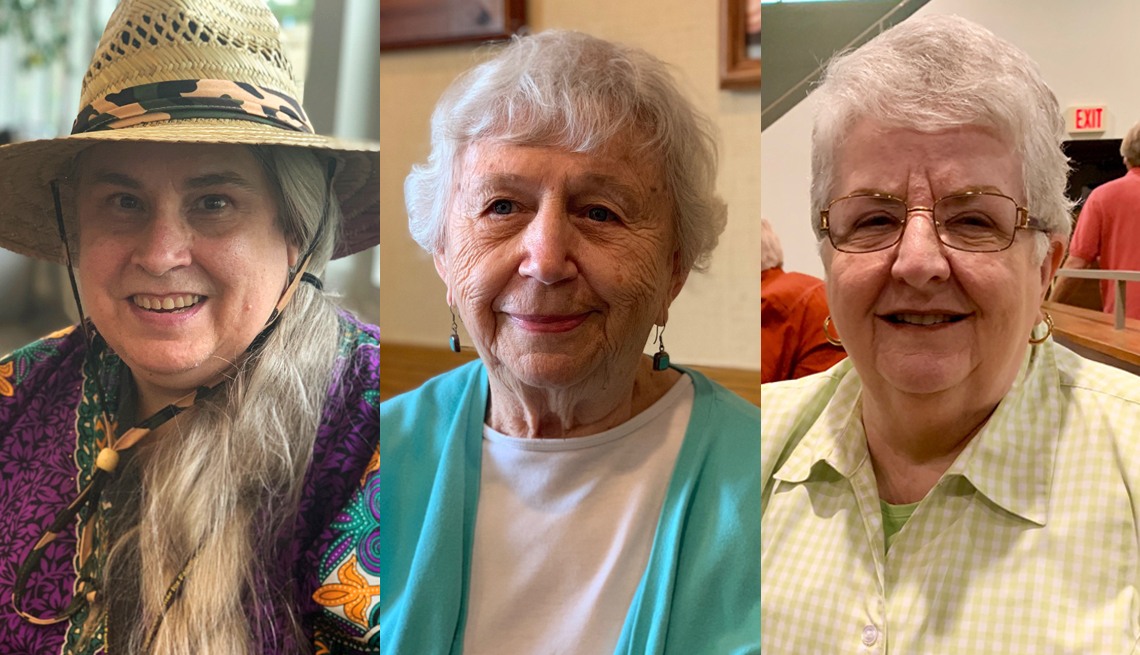 It's a hot and sticky summer in Iowa, still a good 15 months before the presidential election and six months before the state's Democratic caucuses on Feb. 4, 2020. But because this is Iowa, the first state in the nation to nominate candidates for the general election, most presidential wannabes are already deep into courting these heartland voters — many of whom take their special role very seriously.

"I'm trying to see all of the candidates,” says Jennifer Patel, 58, a mental health support specialist from Iowa City, while waiting for the start of a candidate forum in Cedar Rapids on Wednesday. Featuring Hawaii Rep. Tulsi Gabbard, Maryland Rep. John Delaney and Colorado Sen. Michael Bennet, it's one of the five forums AARP and the Des Moines Register are sponsoring across Iowa this week where Democratic hopefuls are answering questions about health care costs, Social Security's future and other issues for audiences of AARP members.

Patel, who says she already has seen seven of the candidates at various events in the past few months, explains that it's important to her to see each one in person, without the “filter” of the media. Other Iowans expressed a similar sentiment — suggesting, almost, that they needed to look candidates in the eye to take their measure.

"Every Iowan I know takes this job seriously,” says Ro Foege, 80, a retired social worker and a former Iowa state representative in Cedar Rapids, referring to the job of vetting the candidates. “They want to see them up close and personal and to know, ‘Is this the kind of person who can bring decency and competency to the presidency?’ “

Iowa, which has been holding presidential caucuses since 1848, has been going first since 1972, and both major parties have agreed to keep it that way ever since, says Leo Landis, curator at the State Historical Museum of Iowa in Des Moines, a block from the grand golden-domed Iowa Statehouse. Landis offers a peek into the museum's massive storeroom, where rows of metal storage drawers are full of carefully sorted historic campaign paraphernalia, including an 1860 listing of the Republican ticket topped by Abraham Lincoln and a 1972 “Iowa Wants McGovern” bumper sticker. Wearing white gloves to protect the relics he touches, he shows off a “I'm Hog Wild and ‘Pig Crazy’ about Tom Harkin for President” campaign button from 1992. 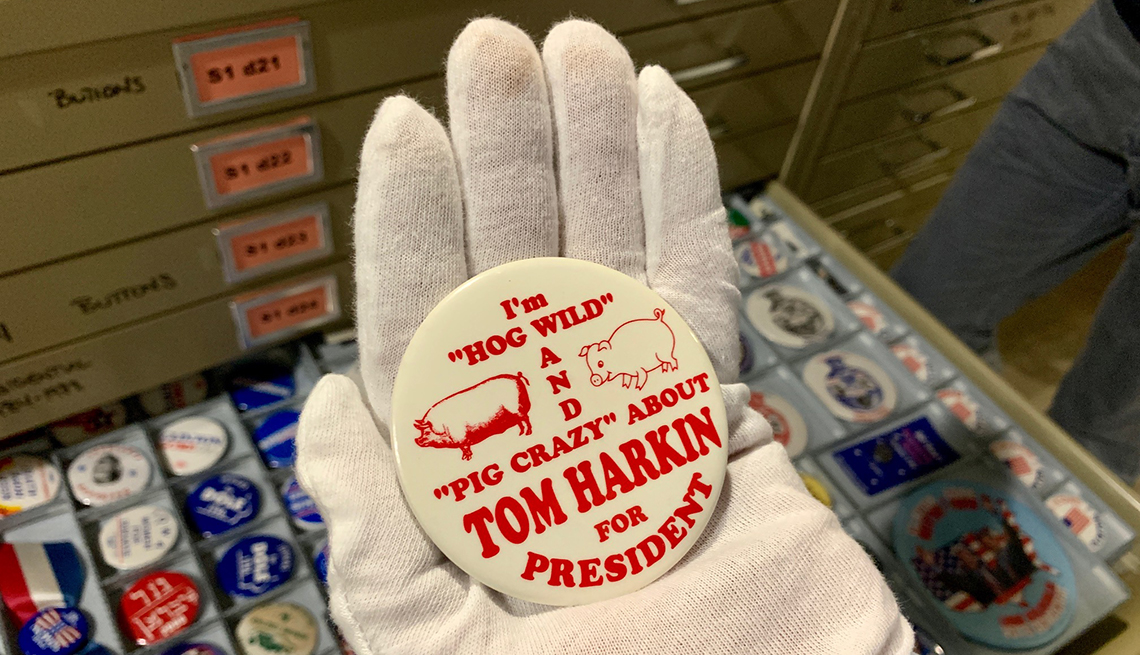 The Republican party in Iowa uses paper ballots, while the Democratic party caucuses, meaning that registered voters attend in person and cluster around the precinct captains or caucus chairs who support their chosen candidates. Each candidate needs to have at least 15 percent of the vote; if they don't, the other captains can try to lure those supporters toward a different candidate.

The 2020 caucuses will be a little different: People will have the option to join “virtual caucuses,” says Troy Price, chairman of the Iowa Democratic Party. Registered Democrats can dial in to one of six evening sessions and then rank up to five of their top choices for president.

It's a way “to give those who haven't had a chance to attend the caucus the ability to participate,” such as Iowans who have mobility issues or job schedules that make it difficult to attend in-person, Price explains.

There are, of course, some Iowans who roll their eyes over the ridiculous amount of attention they get for many months before the caucuses. (A store in Des Moines sells a T-shirt that says: “Hi, do you live here or are you running for president?") “I think it's a real zoo,” says Mardean Wilcox, 72, a retired nurse in Des Moines, who adds that the campaigning here goes on “way too long. It started six months ago, with all the phone calls and constant emails.”

Wilcox adds that she is nonetheless paying close attention to what each candidate says about drug prices, environmental issues, protecting Medicare and covering preexisting conditions.

Some residents, meanwhile, could hardly care less. “I went to one caucus and I wouldn't go to another one,” says Jan McElhiney, 85, on Tuesday, playing her weekly mah-jongg game with her two friends at Happy Joe's Pizza in Bettendorf, in the eastern part of the state near the Illinois border that — like so much of Iowa — is blanketed in cornfields. “It's too time-consuming. I thought to myself afterward, ‘What was that all about?’”

But that same afternoon, Sharon Jenkins, 66, sits waiting for the second AARP/Des Moines Register candidate forum to begin in Bettendorf's Waterfront Convention Center. She says she came to hear what the candidates have to say about how they'll protect Social Security and keep health care costs down, explaining that it's all part of her homework as a citizen of this friendly, hardworking state. “It feels like a privilege,” she notes, “but sometimes it's, like, ‘Wow, that's a lot of pressure on Iowans.’” 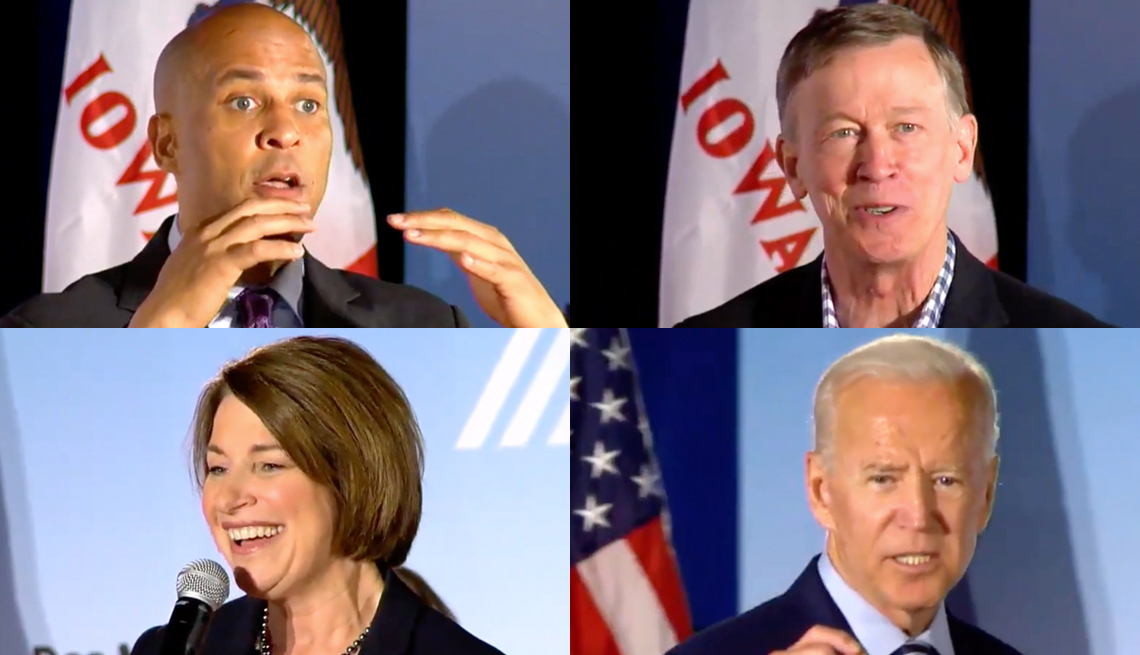 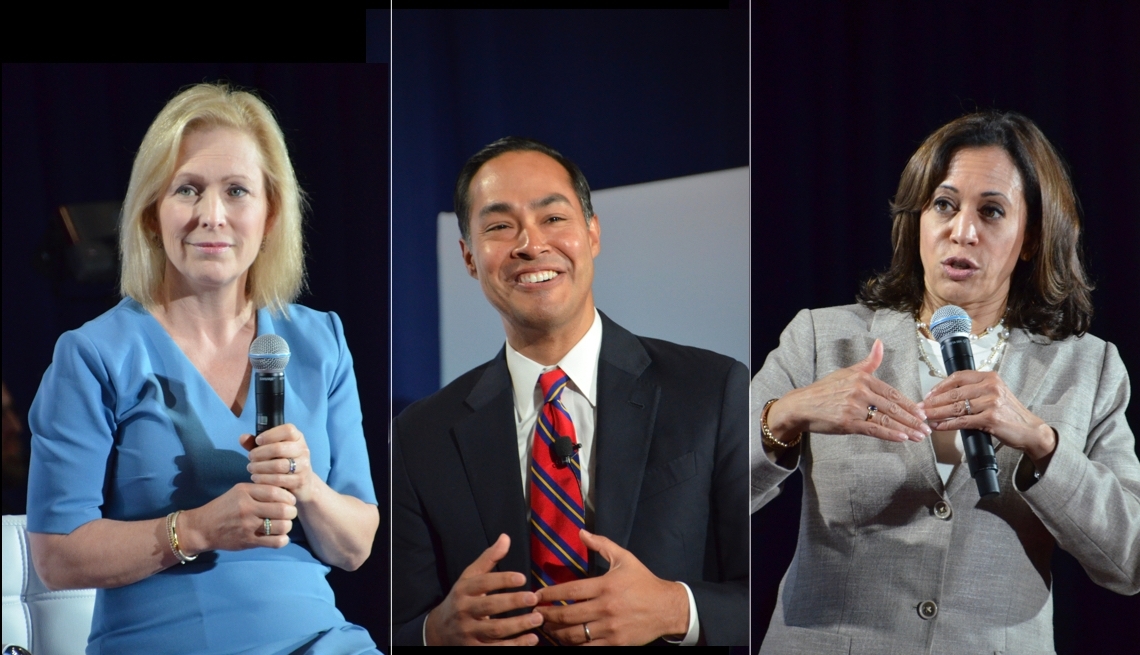 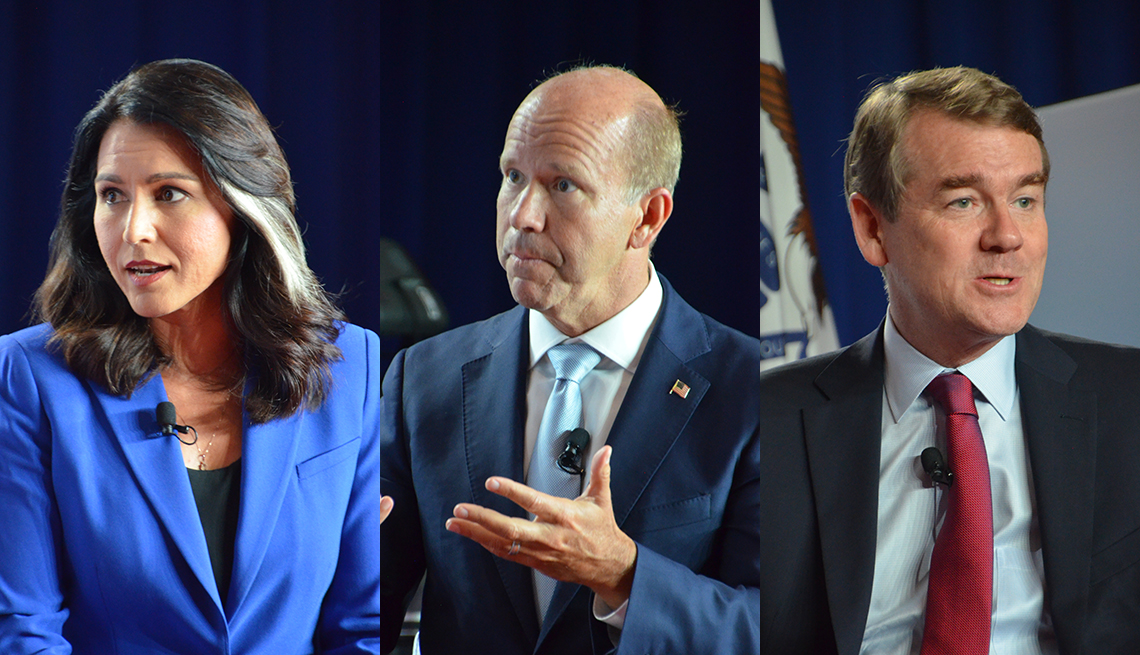 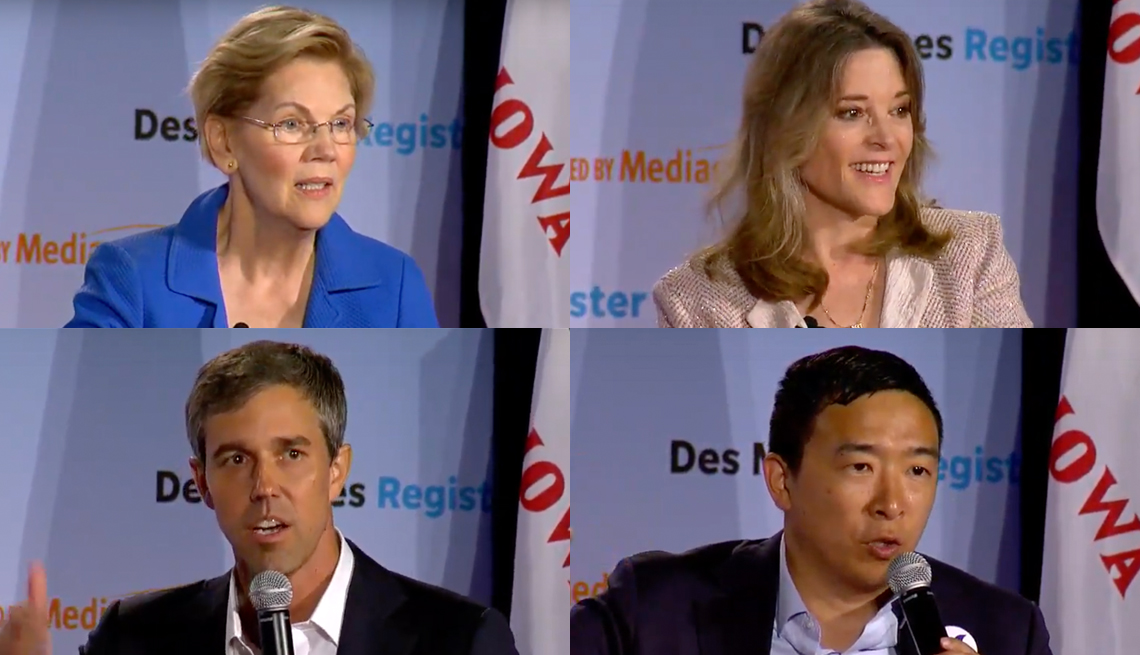 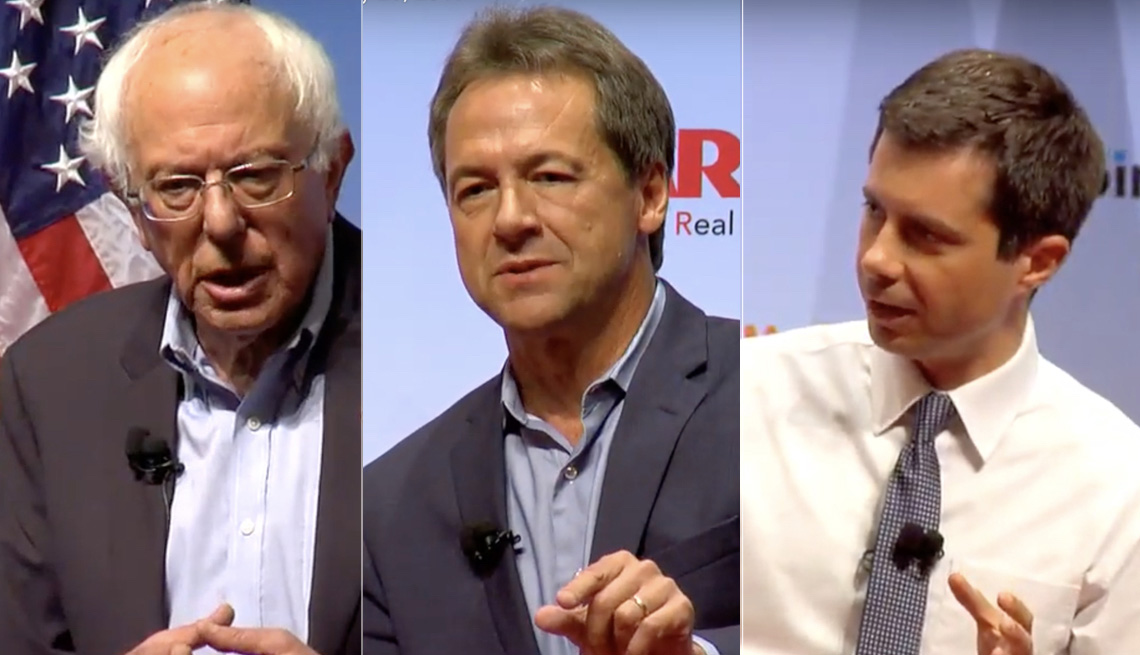