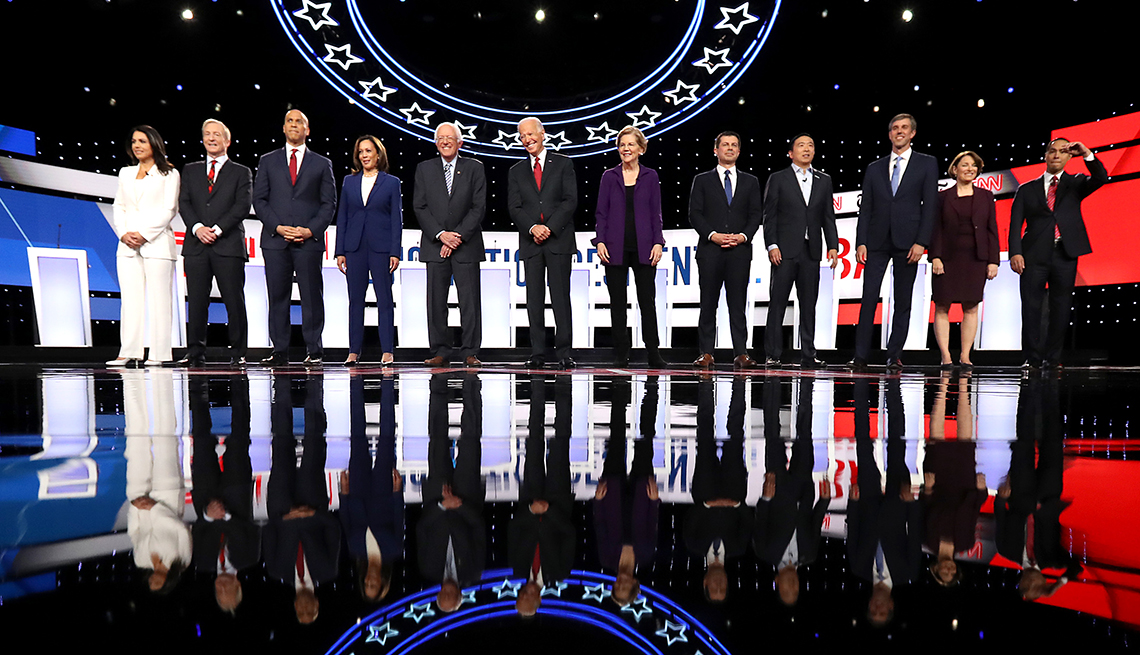 En español | Democratic presidential hopefuls on a debate stage in Ohio Tuesday evening challenged one of the front-runners, Massachusetts Sen. Elizabeth Warren, to say whether she would raise taxes to pay for her Medicare-for-All health care plan.

"No plan has been laid out to explain how a multitrillion-dollar hole in this Medicare-for-All plan that Sen. Warren is putting forward is supposed to get filled in,” said South Bend, Indiana, Mayor Pete Buttigieg. “We really can deliver health care for every American and move forward with the boldest, biggest transformation since the inception of Medicare itself,” he said, by creating a “Medicare-if-you-want-it” plan that preserves private insurance.

Vermont Sen. Bernie Sanders, the original author of the Medicare-for-All bill that Warren supports, said “I do think it is appropriate to acknowledge that taxes will go up.” Sanders said that under his plan, premiums, copayments and deductibles would be eliminated. “For virtually everybody,” Sanders said, “the tax increase they pay will be substantially less than what they were paying for premiums and out-of-pocket expenses."

Both the Sanders and Warren plans would phase out private health insurance out over a number of years and replace it with a public plan, called a single-payer system.

"I believe the best and boldest idea here is to not trash Obamacare {the Affordable Care Act} but to do exactly what Barack Obama wanted to do from the beginning, and that's have a public option that would bring down the cost of the premium and expand the number of people covered and take on the pharmaceutical companies,” said Minnesota Sen. Amy Klobuchar. “That is what we should be doing instead of kicking 149 million people off their insurance in four years.” Klobuchar also said what she hears from “regular Americans” is that there is a need to make is easier to get long-term care insurance and strengthen Medicaid.

Former Vice President Joe Biden said that Warren's Medicare-for-All plan is going to cost at least $30 trillion over a decade. “That is more on a yearly basis than the entire federal budget,” Biden said, adding that “if a fireman and a schoolteacher are making $100,000 a year, their taxes are going to go up about $10,000. That is more than they will possibly save on this health care plan."

Not all the candidates got a chance to address the Medicare issue Tuesday. The 12 hopefuls represented the highest number of candidates on the stage at one time so far this year.

Tuesday's debate was the first one that included billionaire businessman Tom Steyer. On his website, Steyer says he supports adding a public option to compete with the private insurance market.