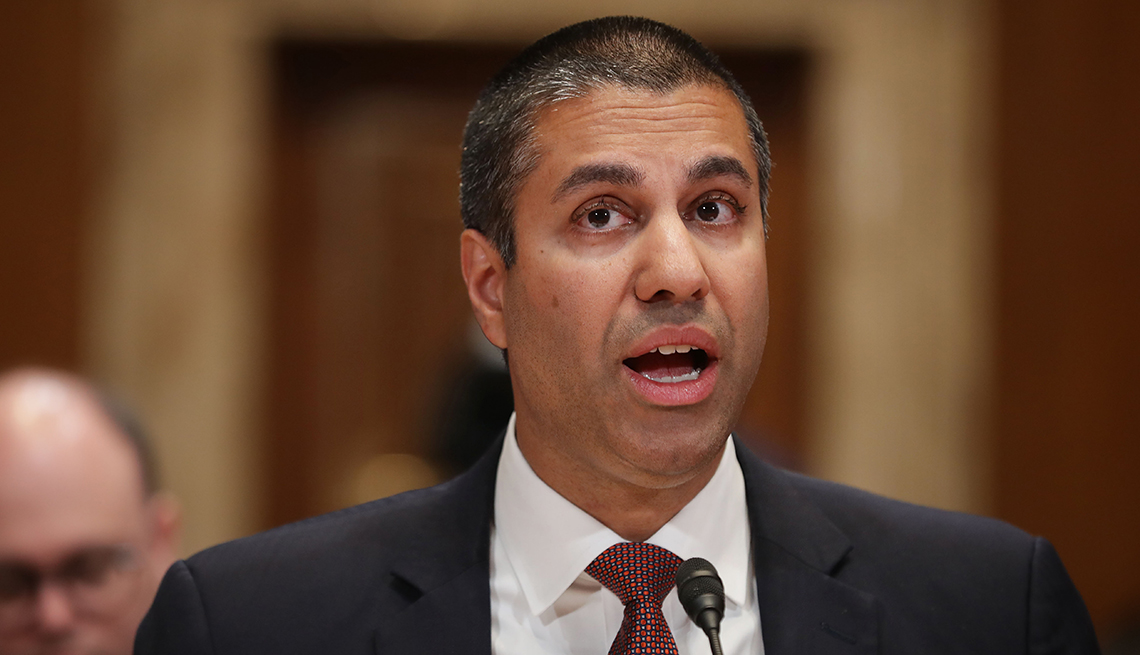 Responsibilities: Enforces the nation's communications laws and regulations, with a recent focus on the internet. The FCC regulates radio, television, wire, satellite and cable communication. As chairman of the independent agency, Pai oversees a budget of $339 million and an organization with 1,450 employees.

Current priorities: The FCC has recently been pushing the telecom industry to work harder to block scam robocalls. The commission will vote this year on requiring that wireless 911 calls give first responders information about what floor the caller is on in multistory buildings. Under Pai, the FCC has also vowed to make sure broadband access to the internet is more widely available.

Hometown: Born in Buffalo, N.Y., and raised in Parsons, Kan. He lives in Arlington, Va.

Personal: He is married with a son and daughter. His parents, both doctors, were immigrants from India

Background: A former partner in a law firm, he also worked as associate general counsel at Verizon. He served as chief counsel to a Senate subcommittee. Pai is a major player in the battle over internet regulation as a leader in repealing “net neutrality,” the principle that internet providers should treat all online communications equally and so not discriminate or charge differently based on the user or their usage.

On the internet: “The [i]nternet is the greatest free-market innovation in history. It's allowed us to live, play, work, learn and speak in ways that were inconceivable a generation ago. But it didn't have to be that way. Its success is due in part to regulatory restraint. Democrats and Republicans decided in the 1990s that this new digital world wouldn't be centrally planned like a slow-moving utility."

On the future of broadcasting: “The history of wireless innovation is one of government creating space for broad thinking and entrepreneurs using that space to take us in unexpected directions,” he said in proposing a new experimental broadcast license. “With this order, we'll set up a big sandbox for engineers and technologists to work with — and we'll then see what American ingenuity delivers."

On stopping robocalls: “American consumers are sick and tired of unwanted robocalls, this consumer among them. Caller ID authentication will be a significant step towards ending the scourge of spoofed robocalls,” Pai said in a recent statement. “This goal should be achievable for every major wireless provider, interconnected VoIP operator, and telephone company — and I expect those lagging behind to make every effort to catch up."

What people are saying

“He has an energy and an earnestness you don't see a lot in regulatory policy,” says James Gattuso, senior fellow at the Heritage Foundation. “He's been demonized by so many groups on net neutrality, it's hard for people to see how innovative he's been and how effective."

“If you agree with him, he's done great. If you believe the internet should be open and free and ISPs shouldn't be in control of every aspect of the internet, he's been kind of a nightmare,” says Katharine Trendacosta, policy analyst with the Electronic Frontier Foundation, a San Francisco nonprofit digital civil liberties organization.