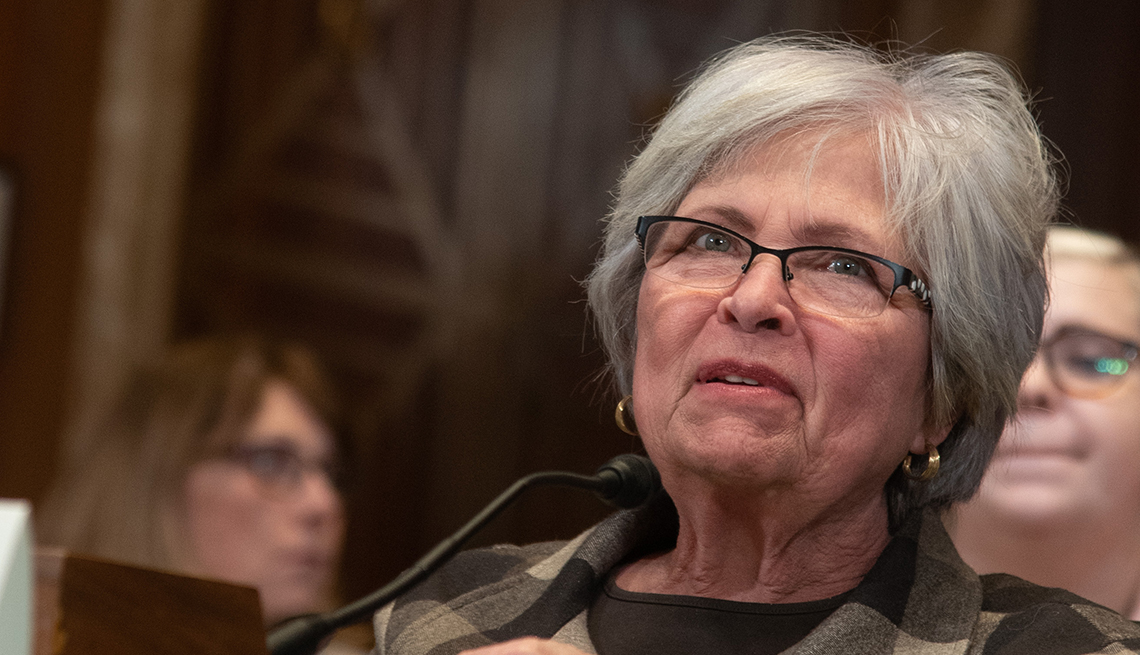 En español | Pam Holt believed she had played by the rules and planned smartly for her retirement. Then cancer struck. After a stem cell transplant, there was a medicine that would, she hoped, put her into remission. The only catch: The drug would cost her more than $11,000 a year.

Holt, who lives in Granger, Ind. (a suburb of South Bend), was widowed at age 40 and raised three children on her own. She was an elementary-school teacher, then an assistant principal and principal. In 2016, after she had retired, she was diagnosed with multiple myeloma, an incurable but treatable blood cancer. Medicare paid for the stem cell transplant. Then she found out what her cancer medicine would cost.

“The first month was over $3,000,” Holt says. After that, under the rules of the Medicare Part D coverage gap (aka donut hole), her copay went down. That’s because her drugs had cost so much that she qualified for catastrophic coverage, under which her share of prescription costs was reduced. But she still had to come up with $640 a month.

“I was dumbfounded. I was new to all this because I was blissfully happy and healthy before this,” Holt says. “I thought I had prepared. I had a teacher pension. I had Social Security. But the $640 a month was way more than I could handle.”

After putting $11,000 on credit cards to pay for her medications, she went to her financial adviser. His only solution was that she refinance her house to pay off the huge credit card debt.

“I was devasted,” Holt recalls. “I had only three years left on my mortgage, and I had to take out a new mortgage and start over at 69. That’s what the drug industry has done for me.”

Holt is grateful that at least she had a house to refinance. “There are people out there who have no home to refinance,” she observes. “And they have much tougher situations than I. So I’m blessed. But it doesn’t make me happy.”

Refinancing her house took care of the first year’s out-of-pocket cost for her cancer medicine. But Holt didn’t know how she would afford the next year’s bills. In desperation, she talked with her pharmacist, who told her about a grant she could get to cover her $600-plus copay every month. Through a nonprofit called HealthWell Foundation, Pam’s income qualified her for a grant that pays her monthly copay. One of about seven copay-assistance foundations in the country, HealthWell gets most of its funding from the pharmaceutical and biomedical industry.

“We’re here as a safety net to help patients who have nowhere else to go,” says Shela Halper, HealthWell’s senior director of external relations.

But once again there’s a catch. Holt is about to turn 70. When she does, under federal tax laws she must begin drawing from her retirement savings or pay significant penalties. And then the combination of her teacher pension and Social Security benefits will put her over the income limit for the copay grant.

Taking even a small amount from her retirement account “will jack up my income and I won’t qualify,” Holt says. Her income will increase, but if she has to pay the $640 copay for her cancer drug, she’ll be back in a hole. She doesn’t know what she’ll do in March 2020, when her current grant ends. “I just don’t think I ought to live having to beg for grants when it’s just such a faulty system.”

High drug costs have added to the major life change that Holt faced when she got cancer. “They tell me I can’t live long with this disease, but I can’t even enjoy what time I have because I’m worried about the money,” she says. “I would like to travel, but I can’t. My car is 13 years old. What do you do?”

On March 6, Holt told her story to the Senate Special Committee on Aging, at a hearing examining the high cost of prescription drugs. She urged lawmakers to act, particularly on the CREATES Act, bipartisan legislation that would eliminate some barriers to generic versions of some of the most expensive medications.

“What patients need most is real change to the system and congressional action that will bring down drug prices,” Holt told the Senate panel. “For myself and patients across the country, congressional reform would be life-changing.”