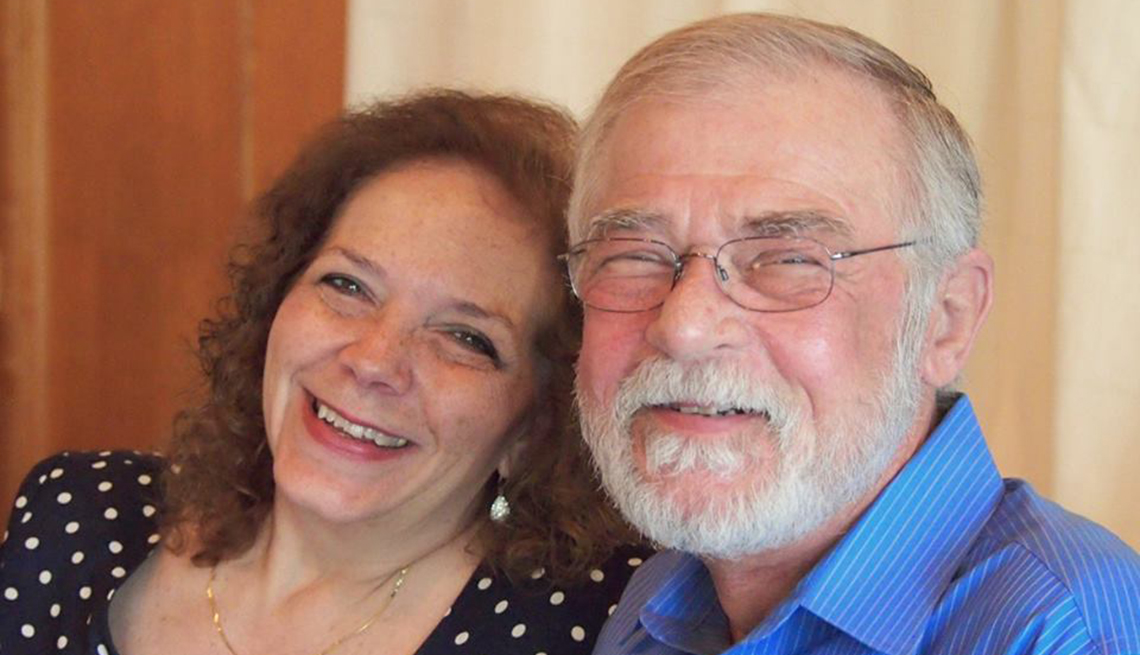 En español | Bob Keller’s wife of almost 45 years, Connie, has already done plenty, including donating a kidney when diabetes badly damaged one of his. Now age 65, she’d like to retire. But if she does, the couple won’t be able to afford the medicines that keep Bob alive.

Bob has lived with type 1 diabetes for almost the entire time the two have been married. They’ve both worked most of their married lives — until the side effects of Bob’s diabetes forced him to retire in 1996. An executive editor for a business journal, he had to stop working because he could no longer see the words on his computer screen. Then one of his kidneys failed. After dialysis no longer worked, Connie gave Bob one of hers.

“They say when you’re married long enough you start to look alike,” Bob says. “We definitely do on the inside.” While Medicare covered most of the cost of his transplant, Bob had to figure out how to afford the big bills for the antirejection drug he’ll take for the rest of his life, as well as insulin to control his diabetes and inhalers to keep his emphysema in check.

This is where Connie’s job comes in. She has been an office manager for a small mortgage brokerage company for more than 20 years. When Connie joined that company, Bob was starting to get sicker from diabetes, and having good health coverage was crucial. Connie offered to take a lower salary if her new bosses promised to pick up her health care — which they have ever since.

Bob has stayed on Connie’s health plan because his out-of-pocket costs are lower than they were when he had a retiree health plan, and also less than when, at age 65, he switched to Medicare.

Between the insulin, antirejection drug and inhalers, the retail prices for Bob’s drugs would total close to $2,000 a month. Even on Medicare, his costs would be too much for him to afford, he says. For example, the retail price of his antirejection medication is more than $2,300 a month. The copay for that drug on the best Medicare Part D plan Bob could find would be $1,006 a month. On Connie’s plan, he pays $10 a month. And the insulin that works best for him has a retail price of $843 a month. He could get it on Medicare for $141 a month. But on Connie’s plan, he pays only $70 a month.

“You see why she’s still working,” Bob says. “God forbid that something happens to Connie or she gets some illness where she can’t work anymore or her employer says the mortgage business is not so good and we can’t afford to cover the health insurance anymore.”

Bob says he’s looked at list prices in other countries for the drugs he takes and doesn’t understand why they are so much lower abroad. (AARP, academic and government studies bear out Bob’s research, finding that prescription drug prices are higher in the United States than in other comparable countries.)

“Why are we paying so much?” he asks. If Connie retires, Bob says, “her income goes away and so does the medical coverage. She’s prepared to work until 70, but how much past 70 can you work? I’m just hoping Congress will do something between now and then that can change our situation. I don’t think at this point, there is an answer for people like me.”