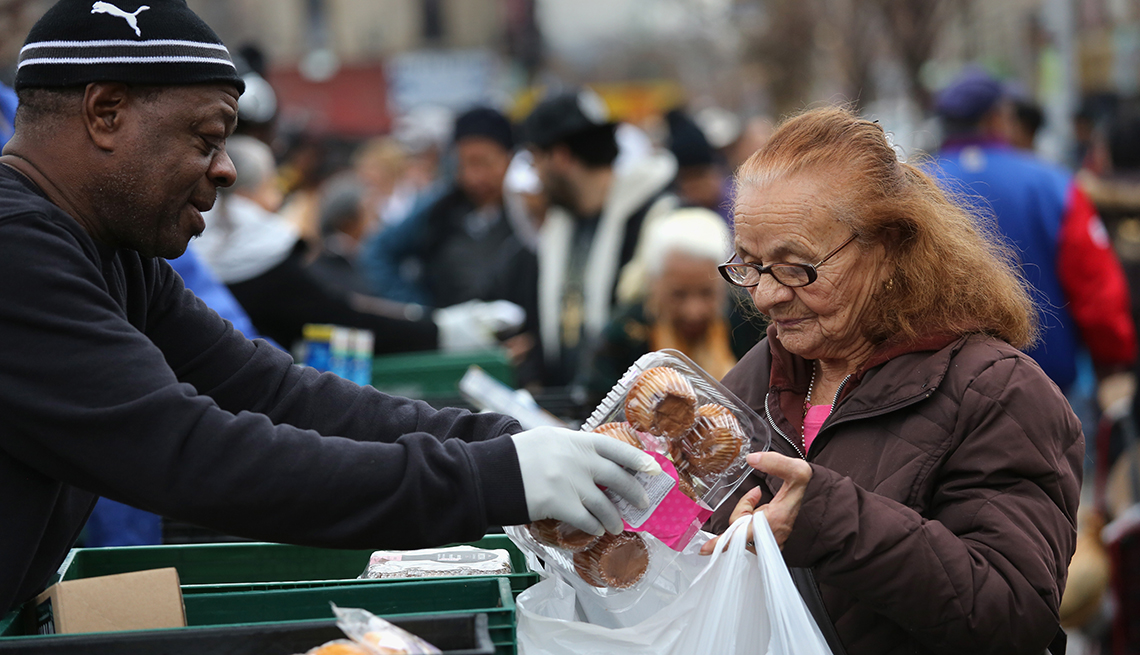 En español | More than 600,000 households with a person 60 or older could lose automatic eligibility for federal assistance that helps them pay for food if proposed changes to the Supplemental Nutrition Assistance Program (SNAP) take effect. Another proposal could reduce SNAP benefits for many families due to changes in how much they can deduct for utility costs.

The Department of Agriculture (USDA) currently is considering making several changes to how a household's eligibility for and benefit allotments in the SNAP program — commonly known as food stamps — are determined. Currently, in 39 states and the District of Columbia, a family can become automatically eligible for SNAP if they already are receiving other types of aid for low-income households. The USDA says that this practice, known as broad-based categorical eligibility (BBCE), has let some people get food stamps even though their income or assets might otherwise be too high to qualify.

"Too often, states have misused this flexibility without restraint,” said Secretary of Agriculture Sonny Perdue when he announced the proposed change.

But advocates for low-income families say the proposed change could hurt many vulnerable families. According to the USDA's estimates, more than 3.1 million people in 2020 could lose benefits if the proposed BBCE regulation takes effect. A separate analysis from the policy think tank Mathematica found that more than 619,000 of the households that would be removed from the program included at least one elderly adult.

Some of those households removed by the proposed change might still be able to receive SNAP benefits, but they would have to apply directly to the program.

"Curtailing BBCE policy would disproportionately harm older adults and could negatively impact millions of low-income Americans who currently receive SNAP benefits,” says the AARP Public Policy Institute in its assessment of the proposed change. “Those [adults] who remain eligible and new SNAP applicants would likely have to go through more red tape to get the food assistance they need, affecting both beneficiaries and the state employees who must administer the changes."

"Processes that make enrollment and reporting easier and help overcome the barriers that keep older Americans from accessing the food assistance they need are important for reducing food insecurity among older adults,” says AARP Legislative Counsel and Director of Legislative Policy for Government Affairs David Certner, in a letter sent to the USDA.

The public comments period for the proposed BBCE change recently ended. More than 21,600 comments were submitted, with thousands coming from the members of the group Parents Together Action. Their comments largely objected to how the change in eligibility requirements could affect children's access to free or reduced-price meals at school. In response to that campaign, the department did another analysis of the proposed change and found that 96 percent of children would still be eligible for reduced-price or free meals if the new policy was enacted. Advocates for lower-income families say the proposed rule could still cause many families to go through more red tape to collect benefits.

In a separate proposal, the USDA announced it is considering changing how the costs of heating or cooling a home affects a family's SNAP benefits. The USDA is planning to replace the various methods that states use to calculate their standard utility allowance with a more uniform, national method. It is a change that could heavily impact families in Northeastern states who have to heat their homes during long winters, some experts say.

According to the USDA, under the new formula, 19 percent of SNAP recipients would have their benefits reduced, while 16 percent would see an increase. The rule could disproportionately affect older adults, with 26 percent of households with people 60 and older seeing a reduction in benefits and 21 percent seeing an increase. Approximately 8,000 families would lose eligibility for SNAP completely.

The comments period for the change to the proposed utility allowance change ends Dec. 2.