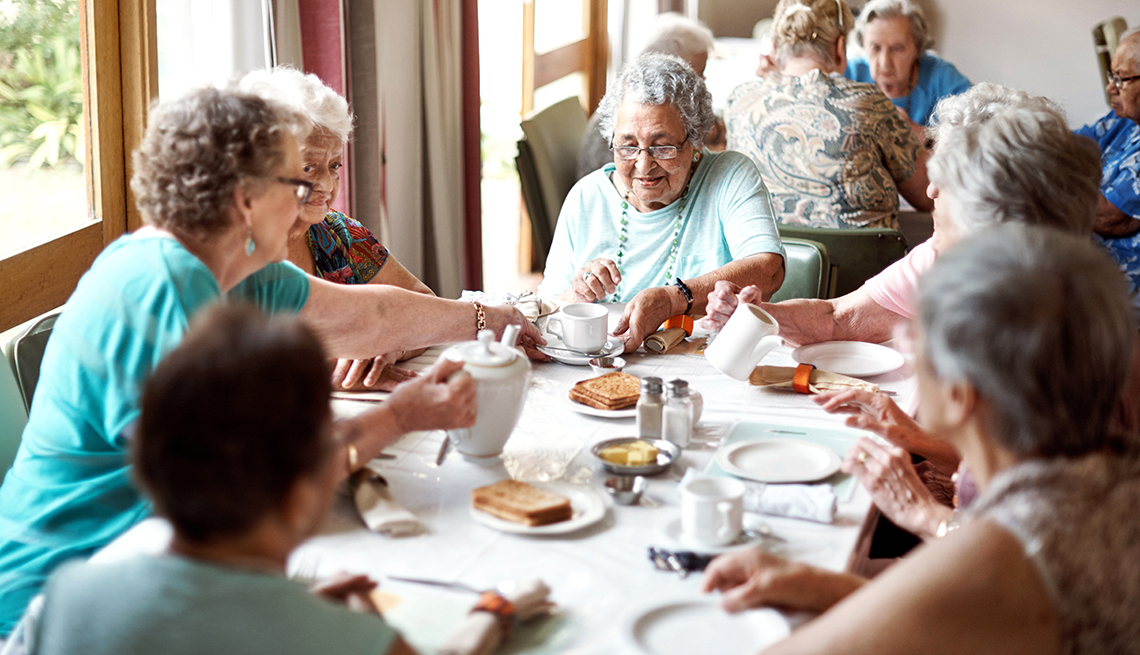 En español | The House of Representatives unanimously approved on Monday a bipartisan reauthorization of a landmark law that each year helps millions of older Americans age in their homes and communities through services including Meals on Wheels, family caregiver support and transportation.

The Dignity in Aging Act of 2019 would extend the Older Americans Act (OAA) for five years and increase funding for its programs by 7 percent in federal fiscal year 2020 and by 6 percent in each year from 2021-2024. It is now up to the Senate to act on OAA reauthorization.

Passed in 1965 — the same year Congress enacted Medicare, Medicaid and the Civil Rights Act — the OAA authorization expired on Sept. 30 but the services that the law helps fund have continued. The statute provides money to each state based on its share of the nation's older adults and helps about 11 million people over the age of 60 each year.

AARP founder Ethel Percy Andrus was at President Johnson's side when he signed the OAA into law, and AARP has continued to support the OAA and push for its expansion. “Too often, advancing age and increasing frailty threaten the ability of older Americans to live independently in their own homes and communities,” Bill Sweeney, AARP senior vice president for government affairs, said in a letter to all House members urging them to vote for the bill. “Giving Americans the support they need to live at home with independence and dignity has always been a bedrock goal of OAA and it has been remarkably successful."

Lawmakers from both sides of the aisle praised the measure on the floor Monday, pointing to such services as Meals on Wheels; meals provided in senior centers, schools and churches; assistance for family caregivers and help for seniors who want to stay in or reenter the job market. This new measure would increase the emphasis on services that help older Americans deal with social isolation and would also extend the RAISE Family Caregivers Act, which requires the federal government to create a national strategy to support family caregiving. And, it would strengthen the National Family Caregiver Support Program, which helps provide family caregivers with vital respite care for their loved ones along with education, training and other support.

"Today we recommit to investing in OAA programs because we have an obligation,” the bill's author, Rep. Suzanne Bonamici (D-Ore.), said Monday, citing “a moral obligation to take care of those who took care of us.” Rep. Elise Stefanik (R-N.Y.), cosponsor of the OAA update, said the bill gives “states the flexibilities to spend funds on the issues impacting their senior communities."