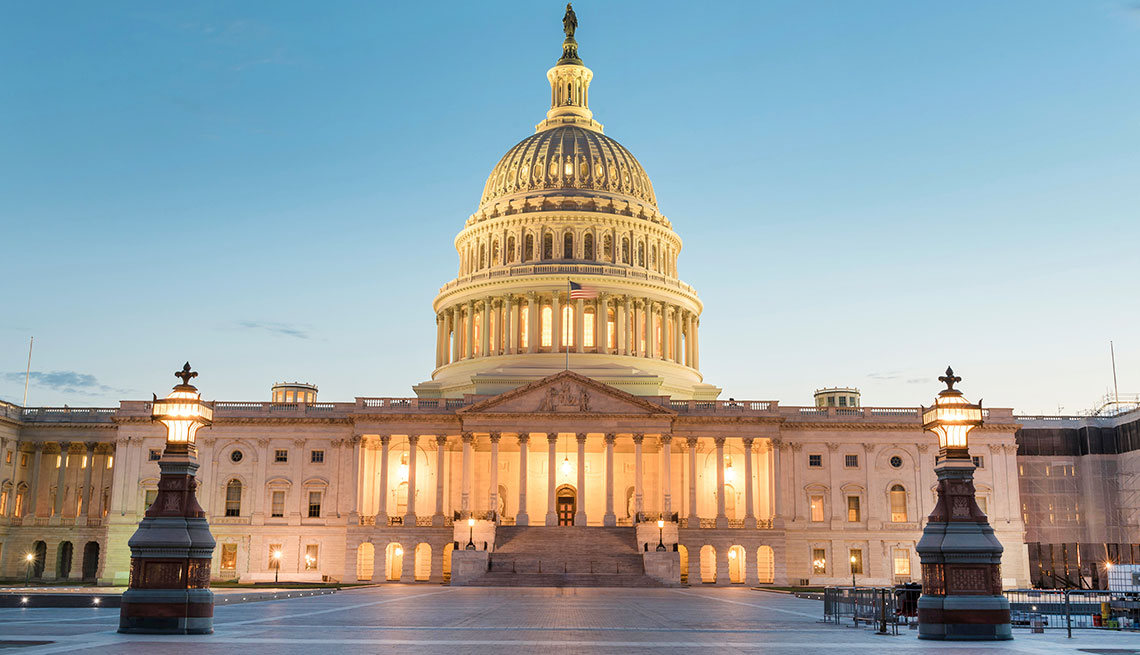 En español | The Senate passed a sweeping tax overhaul bill early Saturday, setting the stage for a law that would lead to major tax rate cuts for corporations and a mixed impact on individuals, raising taxes and health care premiums for millions of older Americans. It would also dramatically increase the deficit, putting critical programs like Medicare at risk.

The Tax Cut and Jobs Act was approved 51 to 49, with no Democratic support. Republicans were able to convince all but one of the holdouts in their ranks to vote for the measure after a flurry of amendments.

One amendment included in the bill was an AARP-supported initiative by Sen. Susan Collins (R-Maine), which allows all filers to deduct medical expenses greater than 7.5 percent of their income for the next two years. The income threshold — currently at 10 percent for taxpayers under age 65 — had increased to 10 percent for those age 65-plus this year. Roughly three-quarters of those who take the deduction are over the age of 50 and live with a chronic condition or illness.

A late amendment to the Senate bill matched what the House bill had done previously in eliminating the state and local tax deduction but preserving the deduction for up to $10,000 for property taxes.

In a letter to Senators, AARP Chief Executive Officer Jo Ann Jenkins said the legislation would lead to an enormous increase in the deficit over the next decade, prompting immediate cuts to Medicare, and putting increasing pressure on Social Security, Medicaid and other programs vital to older Americans. The bill would hike taxes or provide no tax relief for millions of seniors, and millions of them could pay sharply higher health care premiums, other key reasons AARP could not support the plan, Jenkins said.

“Efforts to restructure all or part of the federal tax system should maintain incentives for health and retirement security,’’ Jenkins said.

The nonpartisan Congressional Budget Office (CBO) has confirmed that without other congressional action, the legislation would result in automatic federal funding cuts of $136 billion in fiscal 2018, $25 billion of which would be required to come from Medicare.

The Senate measure would repeal the Affordable Care Act requirement that most Americans have health insurance. CBO projects that repeal would leave 13 million more Americans without insurance by 2027 and boost premiums in the individual market by 10 percent “in most years” over the next decade.

An AARP Public Policy Institute analysis finds people ages 50 to 64 would be especially hard hit, facing average premium increases of up to $1,500 in 2019.

Congressional Republicans say tax overhaul is needed to grow the economy, make U.S. businesses more competitive and provide tax relief to millions of middle-income Americans. But the corporate tax rate cuts would be permanent, while provisions lowering taxes for individuals would expire after 2025.

A report released Thursday by the nonpartisan Joint Committee on Taxation said more than 60 percent of U.S. households would get tax cuts under the plan in 2019, but by 2027, after the individual tax cuts expire, about the same number would either see taxes rise or have cuts below $100.