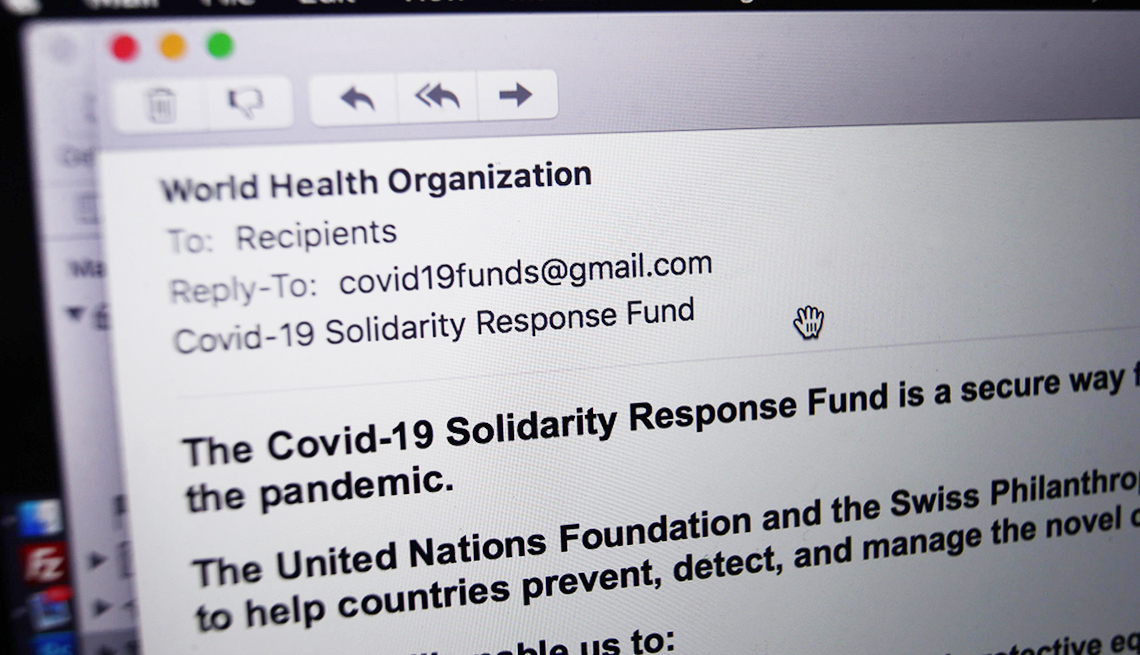 Scam Alert: This email is from fraudster lying about being tied to the World Health Organization. Note it is from a gmail address, not from the WHO.

En español | Bill Brown, an FBI official in Washington, has an urgent message for anyone victimized by a coronavirus-related fraud: “Please do report it.” When scams are reported, Brown says, agents and analysts are able to cull incoming complaints to “make sure that we're addressing every credible threat, and every credible target, quickly and efficiently."

Brown, a supervisory special agent and chief of the bureau's Economic Crimes Unit, spoke to AARP about fraud trends during the pandemic. He also discussed anticipated crimes on the horizon.

The unit he leads probes large-scale frauds that victimize individuals, businesses and industries. The cases include elder fraud, corporate and securities fraud, market manipulation, insider trading, Ponzi schemes and other offenses categorized as frauds and swindles. 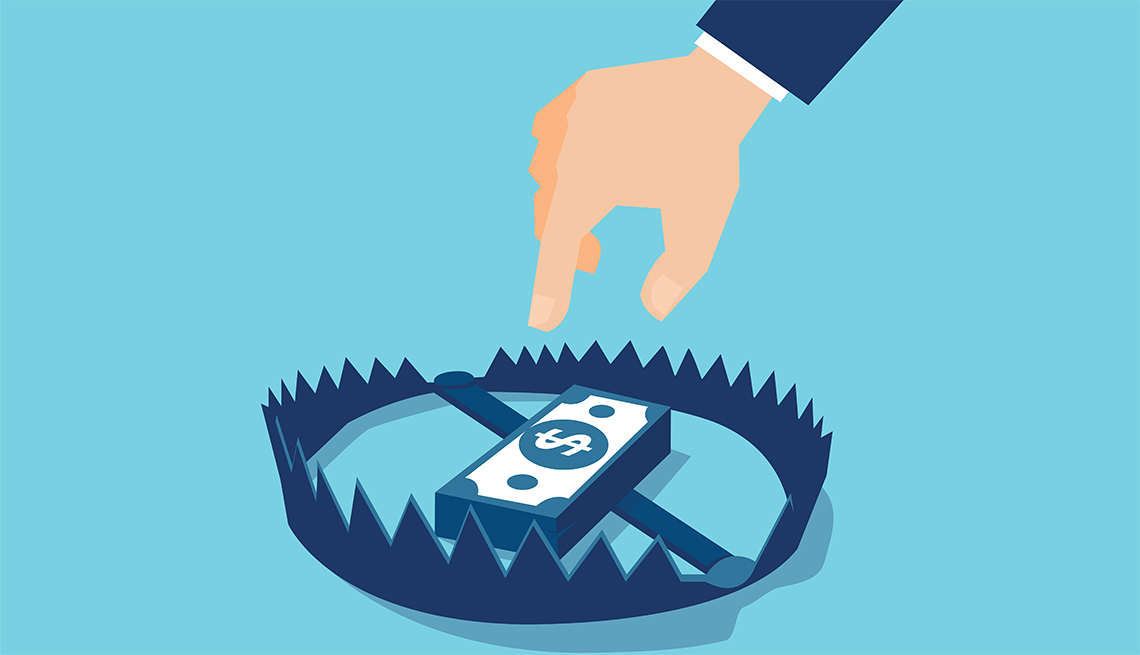 Beware COVID-19 Scams on the Horizon

Here are frauds FBI official Bill Brown expects are lurking on the horizon due to the pandemic:

• Ponzi schemes. Since the U.S. had a strong economy leading up to the novel coronavirus, some aggressive investments in the past may turn out to be smoke and mirrors. In a Ponzi scheme, belief in the success of a non-existent enterprise is fostered by the payment of quick returns to the first investors using funds coming in from subsequent investors. If you can’t reach your investment advisor or broker, or can’t withdraw your money, those are red flags.

• Frauds involving so-called “safe havens.” Be careful of making investments that promise overly inflated rates of return. The rates may not be “astronomical,” but if they exceed what major banks and credit unions are offering, exercise caution.

• Frauds involving investments in gold and silver. These may not even use the words “COVID-19” to lure potential investors, he says. Remember that all that glitters is not gold.

Today there's a laser focus on the U.S.-based and foreign crooks who are chasing a payday from the pandemic. They're government impostors. They're money launderers. They're con artists collecting cash for bogus charities. They're hucksters touting fake and even dangerous “cures” for a disease for which there is no approved remedy.

"COVID was a curveball this year that nobody anticipated, but it is one of our top priorities right now,” Brown says.

The FBI is part of the Department of Justice. More than 3,600 complaints about COVID-19 scams were made to the bureau's Internet Crime Complaint Center as of April 21, the department said.

According to Brown, experience with economic hardship during the Great Recession and with past disasters including the BP oil spill and Hurricane Katrina has helped law enforcement forecast what misdeeds might surface during the ongoing global health crisis.

Scams that are trending include:

These are telephone calls, texts or advisories to click a computer link. The aim is to steal money or personal information, or to infect computer devices with malware.

Be very cautious about what information you reveal during the pandemic, Brown says. Your data might not be exploited right away — but after three, six or 12 months — so don't count on a quick fraud alert from a bank or credit bureau, he says.

Fraudsters may offer what they describe as an employment opportunity, but in reality people who accept offers from bad actors are being set up to launder the ill-gotten gains of criminal activity.

The crook might say: “I want you to open a bank account or I want you to make a deposit, and all you have to do is wire [money] somewhere else,” Brown says. Don't become an unsuspecting “money mule."

Bad actors create them to rip people off. “Everybody has a solid heart and they want to help out in the situation,” he observes.

Crooks lie and assert they have scarce products for sale. They demand payment in advance but never deliver the goods. “Right now we're seeing a lot of complaints coming in,” Brown says.

Take your time, talk to a trusted friend

How to stay safe? Says Brown: Be cautious and skeptical. Refuse to act in haste. Consult a trusted person if you are confronting what could be fraud.

Ahead, he envisions more government impostors and complaints from people who incorrectly assumed they were communicating with an FBI or Internal Revenue Service agent or a Social Security Administration employee.

"Those are going to definitely pop up, especially with the stimulus checks,” he says, referring to the $1,200 economic impact payments being distributed to millions of Americans" by the federal government.

The government will not contact you and threaten to dock your Social Security check because of some steep fine you supposedly owe, Brown notes.

If you think you are a victim of a fraud or attempted fraud involving COVID-19, call the National Center for Disaster Fraud Hotline at 866-720-5721 or email at disaster@leo.gov.

If it is a cyber scam, file a complaint through the FBI's Internet Crime Complaint Center.