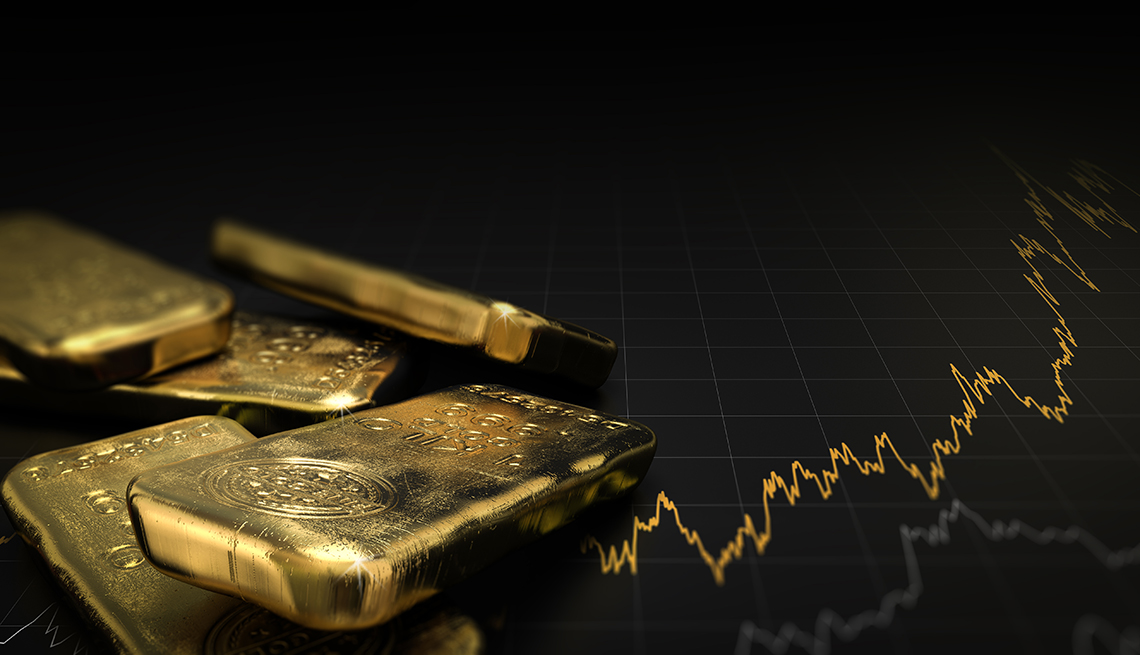 En español | Buying gold may seem like the right way to protect your finances during the current crisis. But because of scams and unpredictable market forces, gold isn't necessarily the safe haven it's often touted to be.

Certainly, gold — rare, portable, attractive and rustproof — has long been used as currency. The earliest known gold coins date from 630-620 B.C. and, until 1971, U.S. currency was backed by gold.

Today the dollar, like many world currencies, is backed entirely by the collective belief among citizens and investors that it's worth something. When that belief falters, either from fear of hyperinflation, economic catastrophe or governmental collapse, people tend to buy gold.

That's one argument you'll often see in ads for gold investments on television or the internet. “Gold boasts a four-millennia-old track record as the only protection against the inevitable corruption of currencies,” says the Gold Newsletter, which promotes gold investments.

Certainly, gold has been going up this year, as opposed to stocks, which have not. Gold has gained about 9.2 percent this year, compared with the Standard & Poor's (S&P) 500 stock index, which has plunged 17.12 percent. In fact, gold has outperformed U.S. stocks over the past 15 years, with the yellow metal gaining an average 9.2 percent a year and the S&P gaining 9.05 percent a year with dividends reinvested.

...“assets that will never produce anything, but that are purchased in the buyer's hope that someone else ... will pay more for them in the future.”

But economic crises are not the only factors affecting gold prices. A major gold discovery can depress the price of gold with a flow of new supply; wedding season in India, where gold is a popular wedding gift, can prop it up.

That makes gold a bad investment, according to famed investor Warren Buffett. In his 2011 letter to shareholders of Berkshire Hathaway, he lumped in gold with other investments in “assets that will never produce anything, but that are purchased in the buyer's hope that someone else ... will pay more for them in the future.” If you buy stock in an operating company, it can produce assets and dividends beyond the initial money you put in. But, wrote Buffett, “If you own one ounce of gold for an eternity, you will still own one ounce at its end.”

But if you are interested in buying gold to protect yourself, here are some tips.

Avoid collectible gold coins. If you're going to buy a rare coin, do it for its beauty and as an heirloom. Only extremely knowledgeable collectors should invest in rare coins, since tiny differences in condition can slash tens of thousands of dollars from the value of a collectible coin. A 1909 “Double Eagle,” for example, can be worth anywhere from $1,685 — basically about the gold bullion price — to $90,000 for a virtually untouched specimen, according to Professional Coin Grading Services.

Consider bullion coins if you can store them safely. The U.S. mint creates Gold Eagle bullion coins in one-tenth-ounce, one-quarter-ounce, half-ounce and one-ounce denominations. The mint doesn't sell bullion coins; you can buy them through authorized dealers. Your price will be roughly the current price of gold, plus whatever markup the dealer charges. Typically, those premiums run from 5 to 8 percent.

One problem with taking physical possession of gold is that thieves can also take physical possession of your gold. If you opt to store your coins in a safe-deposit box, you'll need to pay annual fees for the box, as well as for insurance on the items within the box, since the FDIC doesn't cover the contents of safe-deposit boxes. Be very wary of companies that offer to store your gold for you.

Plan for taxes. The IRS treats gold and other precious metals as collectibles, not securities. Profits on the sale of collectibles are taxed at the rate of 28 percent, rather than the lower rates — 20 percent at most — applied to long-term capital gains on securities.

Look at gold funds. Exchange-traded funds (ETFs) trade minute by minute on the stock exchanges, just as shares of ordinary stock do. Physical gold ETFs invest in actual bullion, so you get the advantage of the fund's buying power — lower markups than individual investors would get — as well as instant access to your investment.

Read the ETF's prospectus carefully. Some gold ETFs invest in the stock of gold mining companies, which adds an additional layer of risk to the investment.

Beware of scams. A gold mine, according to a century-old joke, is “a hole in the ground with a liar standing in front of it.” The history of the gold market is spotted with frauds, ranging from phony brokers pushing worthless gold mining stocks to con artists who simply take your money and don't deliver the gold. The recent plunge in the stock market could well embolden them to push gold as a safe haven.

"As the stock market declines and the economy declines, promoters can push investments that don't have a correlation with the economy,” said Joe Rotunda, director of enforcement for the Texas State Securities Board. “We're very concerned about precious metals schemes. The con men can really legitimize their offerings as something that's off the markets and won't decline.” Gold, of course, can decline. And does.