Know Your Rights When the Debt Collector Calls

Stronger consumer protection rules have been adopted for the pandemic crisis 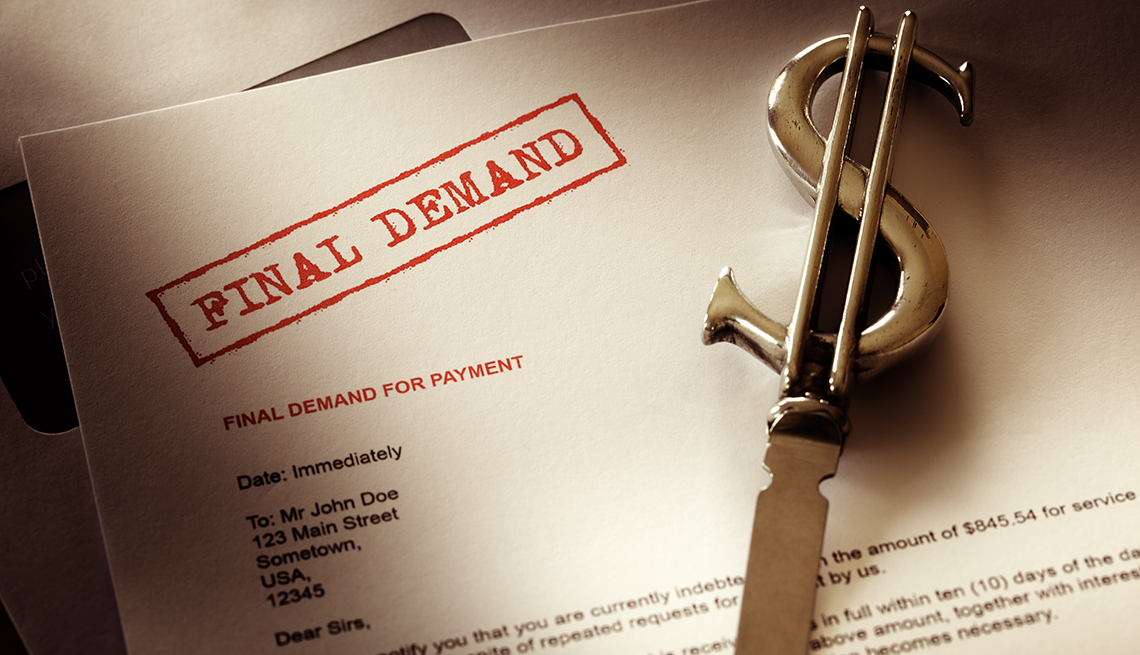 Consumers struggling to make monthly payments because of coronavirus fallout have been thrown plenty of lifelines by auto lenders, credit card issuers, mortgage holders and utility companies. But the business of collecting old debts continues unabated, with a few notable exceptions. Given the industry's well-deserved reputation for intimidating or tricking consumers, it's essential that debtors understand their old and new rights under the law when dealing with debt collectors.

In the wake of the COVID-19 outbreak, new protections have been introduced at different levels of government. The U.S. Department of Education has suspended debt collection until at least 60 days from March 13. And New York state has suspended collection on a variety of debts, including unpaid medical bills and education-related debt.

Private debt collectors are pressing on, however. Sens. Sherrod Brown (D-Ohio) and Elizabeth Warren (D-Mass.) have called on collectors to pause all activity, and introduced legislation to force a stop. But ACA International, the debt collector trade group, says doing so would hurt consumers, the economy and debt collection employees.

ACA International CEO Mark Neeb told AARP that debt collectors will abide by a pledge to treat consumers with compassion and offer help on a case-by-case basis. “Our members have worked with consumers during natural disasters and other times of uncertainty, drawing upon well-established training and hardship programs to help consumers make arrangements that best suit their individual financial situation during an emergency,” he said. “These programs call upon collectors to show empathy … and equip collectors with a variety of options to minimize the financial burden on consumers."

Debt among older Americans has skyrocketed in recent years, making them a prime target for unscrupulous collectors. Older debtors often have a heightened sense of moral obligation to pay debts, making them easy marks, or they just want to avoid stress, says Richard Eisenberg, managing editor at Next Avenue, a news service for older Americans. “People say, ‘Yes I could fight it, but I just don't have it in me anymore,'” he says.

Shady debt collectors will take advantage of older people's memory lapses, says Michael Bovee of Resolve, a debt information service. “People think, Yeah, I did have an account with US Bank back then,” he says. “Scammers can pressure them into getting some kind of payment that they don't owe.”

Finally, older Americans are the one age group that is still willing to answer the phone, says Liz Weston, a financial planner and a columnist for NerdWallet: “I think that is a real issue."

Collectors who come after you have a bag of tricks they can play. They can call you about “zombie” debts — old unpaid bills that should be uncollectible because the statute of limitations has expired. They can pile on fees. They can threaten to garnish Social Security checks, which are off limits in most cases. They might even harass spouses to pay debts owed by recently deceased partners, even when the survivor has no real liability.

Whether you are dealing with an overaggressive debt collector or an outright scammer, use these techniques and strategies for protecting yourself.

First, do nothing. You never have to do anything in response to a single phone call. “Slow down. You are not on fire,” Bovee says. “People don't call from courthouse steps with a warning that they are about to file a lawsuit. They just file.” Anyone who expresses that kind of urgency is almost certainly a scammer, he says.

Even if the debt seems legitimate and the collector has some accurate information about you, don't agree to make any payments, says Daniel Edelman, a Chicago consumer-rights attorney. “Just because someone knows your name doesn't mean it's legit,” he says. “The mere fact that someone calls you about debt you once had doesn't mean it's legally enforceable now. And data breaches can provide enough information for someone to make a plausible pitch."

Ask questions, get answers. Request the name and address of the company calling you. Often, that can help you separate scammers from legitimate collectors: You can use that information to check whether the firm is properly licensed. (Most states require that of collection agencies.) A starting point is the Nationwide Multistate Licensing System website. If the company collecting the bill isn't the original creditor, Bovee recommends calling the original creditor to confirm that the collector has the right to collect. And soon after you first hear from the debt collector — you have 30 days under federal law — send a written request to the debt collector asking for detailed information about the debt, called a debt validation letter. The collector should itemize the original debt, any interest and fees, a copy of a final billing statement, and provide proof that there is a valid basis for collection. The Consumer Financial Protection Bureau (CFPB) has an excellent letter you can work from.

Create a trail. Put all your requests of creditors in writing, send them via certified mail, and keep copies for yourself. Keep a record of all contacts creditors make with you — when, where and what they said. This can prove helpful if they take you to court or if you need to file a complaint against them.

Don't be a softie. If a collector asks for a small payment on an old debt as a “show of faith,” think twice about this appeal to your sense of honor. State laws render most obligations to repay unenforceable after a certain number of years, typically three to six years. (Student debt is a major exception.) But in some states, even a small payment on a zombie debt can trigger a reset of the statute of limitations clock, so beware.

And don't rush to pay the full amount when you've been contacted by a collections firm. If the original creditor has sold your debt to a collections firm, that collector has typically paid pennies on the dollar for the right to collect it, says Weston — perhaps $10 or $20 for a $500 unpaid bill. “So don't give too much to a debt collector if you can't really afford to pay that bill,” she says. “There's almost never a good reason to pay what they say you owe.” Instead, negotiate for a lesser amount — with a written promise that the obligation has been settled.

Ask for silence. Once collectors are on the case, they may try overwhelming you with calls, emails and letters, hoping that you'll pay up just not to be bothered anymore. But you don't have to pay up. At any point in the process — when you receive the first collection notice, as you wait for further validation or even later — you can ask them to stop contacting you. Currently, you have the right to tell debt collectors to stop contacting you via a written request. (The CFPB also has a good example letter.) This is a powerful and useful tool — collectors who don't honor the request can be liable for penalties.

But don't ignore. Should your debt be valid, ending communication with a collections firm doesn't solve the long-term problem. A creditor can take you to court; if you don't show up, your creditor could end up with a judgment not subject to the usual statutes of limitations for debts. Other options include payment plans, perhaps worked out with help from a debt counselor, or a bankruptcy filing. Consider also that, like many older Americans, you might be what's known as “judgment-proof,” says April Kuehnhoff, a staff attorney with the National Consumer Law Center. Since Social Security and VA checks and some assets, including retirement accounts, are protected, collectors may have nothing to recover from you, even if they sue and win a court judgment. Sending a “judgment-proof letter,” samples of which you can find on the CFPB website and elsewhere, can sometimes end the entire process, she says.

Call in reinforcements. If a collector is scamming or harassing you, consider getting legal help. Many state attorneys general offices have hotlines for older Americans, and that's often the best place to start, says Kuehnhoff. You can submit a complaint with the CFPB online or by calling 855-411-2372. Or you can contact an attorney specializing in representing individuals in consumer debt cases; one place to begin your search is on the website of the National Association of Consumer Advocates.

How Much Debt Is Too Much?

4 ways to tally the bills

Find Your Way to Financial Freedom

2 proven methods to get out of debt