What To Do when Cash Isn't Accepted

Why some businesses no longer accept cash, and what you can do about it 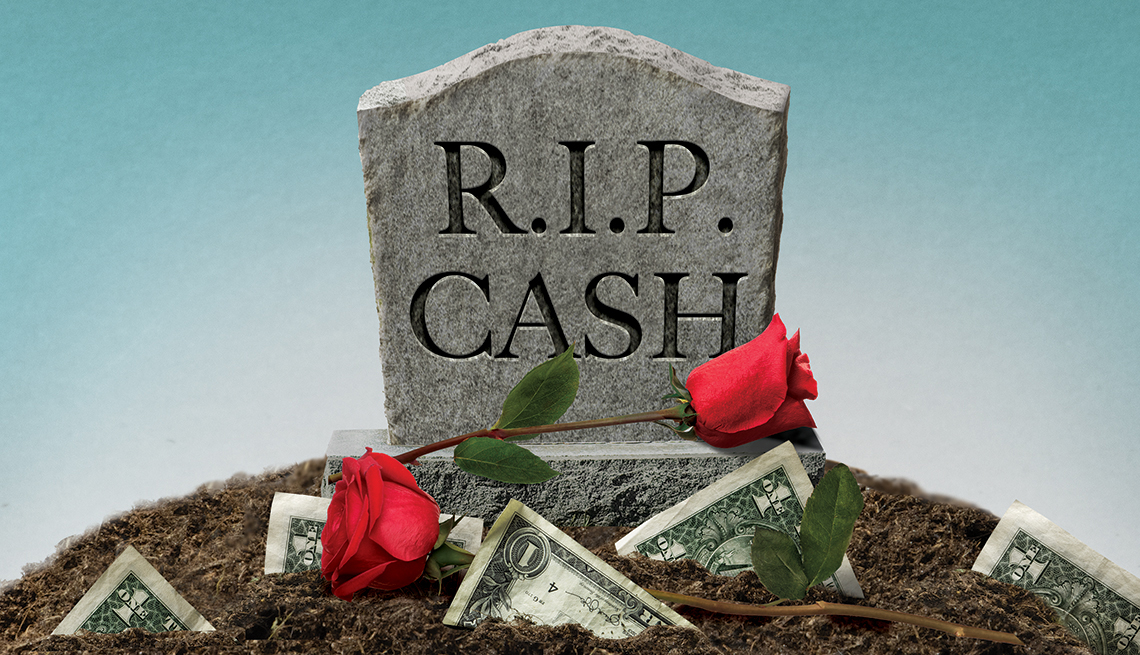 You see it at businesses ranging from massive stadiums to mom-and-pop shops — signs that firmly state “Cash Not Accepted.”

Though credit and debit cards have been a regular payment option for decades, advancing technology and staffing trends have turned some businesses away from paper money altogether. The pandemic, with an emphasis on hygiene and social distancing, accelerated that trend. The share of cashless businesses more than doubled from February 2020 to February 2021. Here are answers to questions about what exactly is going on and what the trend might mean for you.

I thought stores made more money if you paid in cash. Has that changed?

There was a time when some businesses sought to avoid paying fees for credit card transactions by encouraging cash payments. But the dynamics of retail are changing. Now, even with those fees (which average 2.22 percent of each Visa or Mastercard transaction), a cashless business can be more profitable. Improved point-of-sale technology has made processing electronic payments much quicker than taking cash and making change, and that speed can increase total sales.

Take the example of Sweetgreen. The salad restaurant chain experimented with going cashless in 2016 and reported that those stores recorded up to 15 percent more transactions an hour than its stores that took cash. Those locations also saved about two hours per day on cash management work, such as balancing register drawers and making bank deposits. This prompted the company to implement cashless operations at all stores, although it backed away from that after some customer backlash.

Other business benefits of eliminating cash include simplified bookkeeping, as software tracks all transactions and spits out reports, and a reduced risk of loss or theft. In some cases, businesses can reduce staff, such as at parking lots where machines that process credit and debit card transactions have replaced attendants. One more bonus for the company: “People generally tend to buy more and tip more when they use their plastic than with cash,” says Matt Schulz, the chief credit analyst at LendingTree.

Where is this all headed?

A 2021 survey by transaction tech company Square showed that most consumers and small-business owners don’t think cash will disappear entirely in the U.S., but attitudes are changing. In the survey, 22 percent of small-business owners envision a fully cashless society within 10 years; that’s up from only 13 percent who thought that in 2019.

How has the technology improved?

You’ve probably noticed that many businesses have adopted tablet-based sales systems as a modern form of cash register. They often will allow you to enter a tip onto the transaction and tap your card to a sensor to complete the transaction in seconds. Other electronic payment options have emerged, including Apple Pay and Google Pay, which allow you to complete a transaction by holding your phone to a sensor. Depending on how you’ve set up the mobile wallet on your device, it either withdraws funds from your bank account or charges a purchase to your credit card.

In a 2020 report by Marqeta, a payment technology company, nearly half of consumers ages 51 to 64 said they use such “mobile wallets” not just for retail transactions but also to reimburse friends and tip service workers. One often-given reason for this: Paying with a phone often is handier than fishing a wallet out of a purse or pocket and pulling out a card. But there are other factors. “Mobile payments are more secure even than the card itself, because there’s a biometric component,” says Ted Rossman, senior credit card industry analyst for Bankrate. “In many cases, you have to scan your face or your fingerprint to use the mobile wallet.”

Another pandemic-sparked trend driving the cashless economy is curbside and in-store pickup. Over the past three years, millions of older Americans began ordering and paying for items through an app or website before going to the store or restaurant. Among adults older than 50 who started using curbside pickup during the pandemic, 18 percent say they’ll continue the habit, according to a study from The Associated Press-NORC Center for Public Affairs Research and the SCAN Foundation. Even for those who don’t continue with curbside pickups, the fear and confusion of paying electronically has been overcome.

Also note that you don’t lose out on rewards points or rebates by using a mobile payment instead of a card; the same benefits apply, based on the account the payment is tied to. 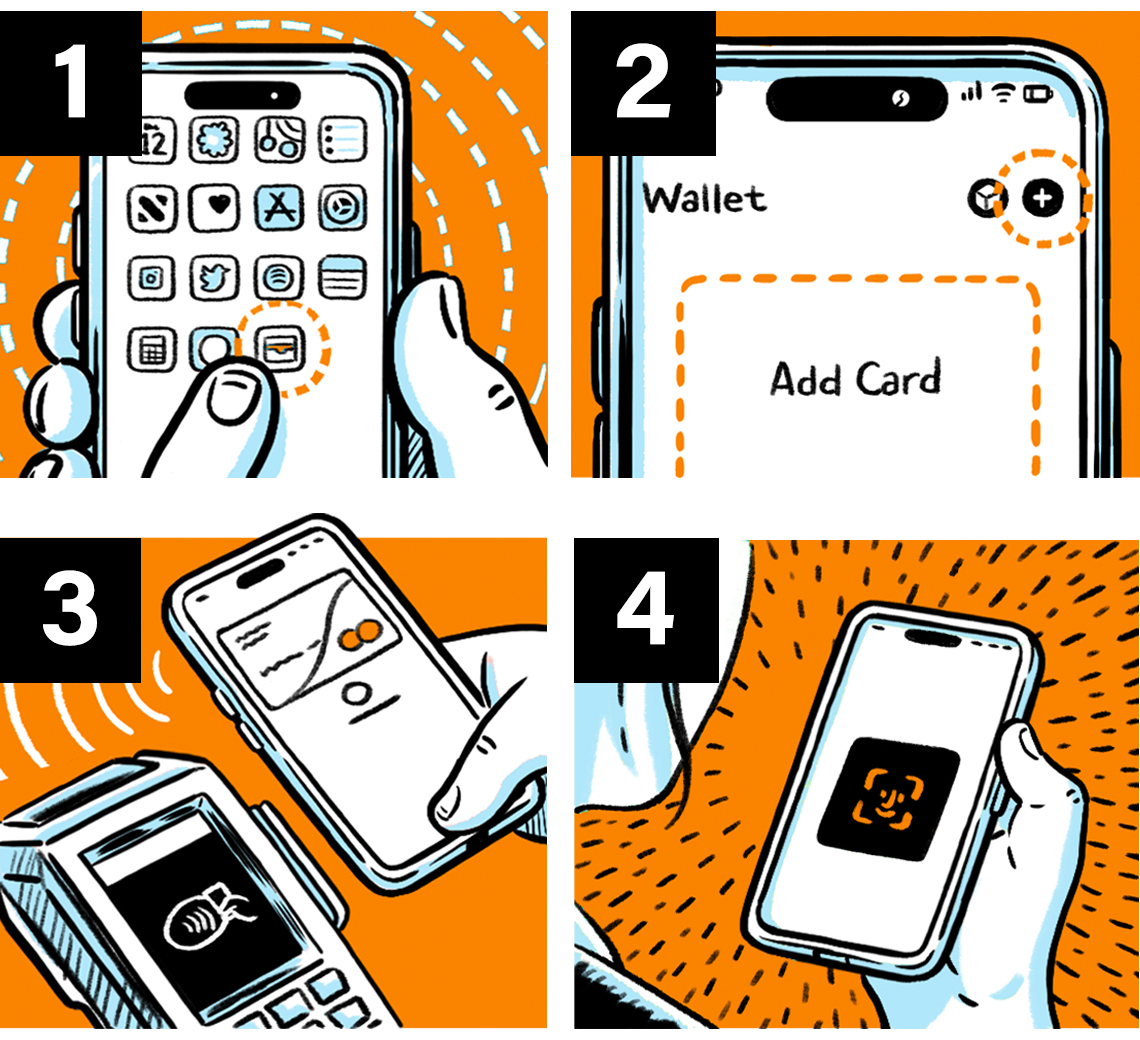 How to Pay With Your Phone

Most smartphones and smartwatches offer a payment system that’s more secure than using a credit card. With mobile payments, no personal information or account numbers are input into the retailer’s computer system. Once you get used to it, paying this way can be quicker than using a card. Note that Apple﻿ Pay (for iPhones and Apple Watch) and Google Pay (for ​Android-based phones and smartwatches or Apple devices) work pretty much the same way.

2. Tap on the “+” icon (Apple Pay) or the “$” icon, then “Add an Account” (GPay), then enter credit or debit card information into the fields. You can add multiple cards and select a default card you use most.

3. When making a payment, launch the app, select a card (unless using your default card) and hold your smartphone or smartwatch near the merchant’s credit card terminal.

4. Confirm the purchase. If you’re using a debit card, you may also be asked to enter your card’s PIN.

Is refusing cash even legal?

It is true that these words are printed on U.S. currency: “This note is legal tender for all debts, public and private.” But historically, there were no laws that said a business must accept cash. Some cities and states have passed laws in recent years to make sure consumers can pay with cash in most instances. Some examples are New York City, Philadelphia and San Francisco, as well as New Jersey, Massachusetts and Rhode Island. In 2021, a bill was introduced in the House of Representatives that would establish a federal law prohibiting businesses from refusing cash. Schulz doesn’t think such a federal law will pass, but he feels it could help consumers, particularly the 5.9 million “unbanked” Americans — those without bank accounts.

Some businesses are coming to this conclusion, too. When Sweetgreen reversed its decision to go fully cashless, a statement from the business said, “Everyone in the community needs to have access to real food.” 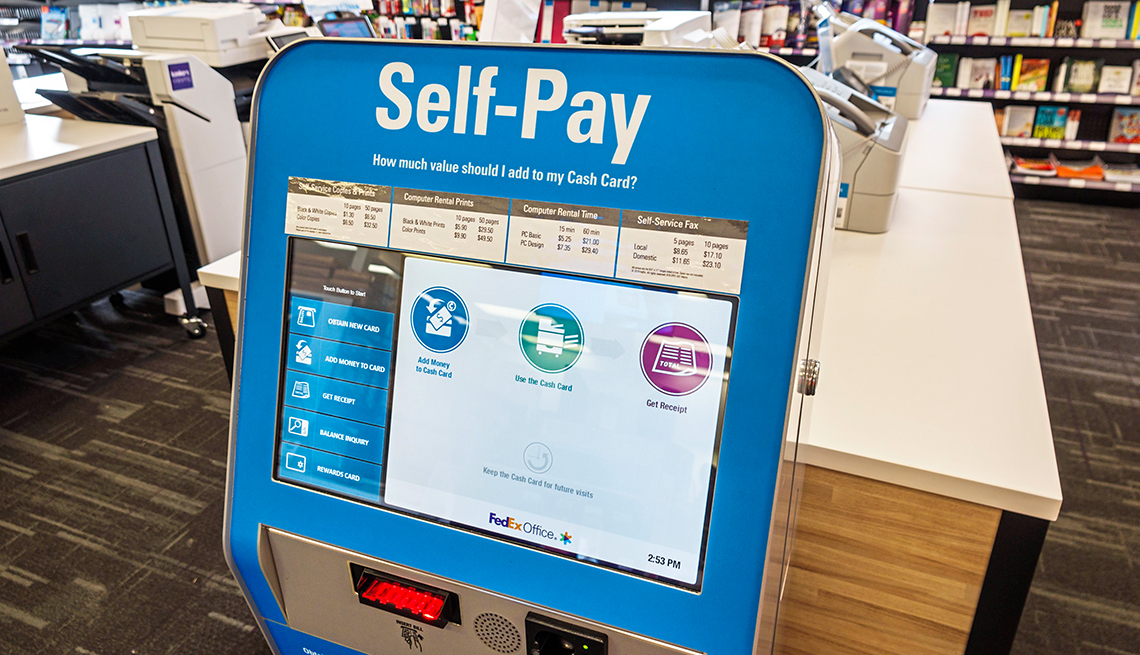 Retailers ask customers to place orders or check out on their own.

Fast-food restaurants want you to order your meal by entering it on a touch screen. Supermarkets would prefer that you scan your own groceries at checkout. Many parking garages have long abandoned attendants. The “cashless society” is one thing. But are you prepared for the “clerkless society”?

“It’s a long-standing effort to figure out how to peel away bits of labor cost and figure out how they can get customers to do more of the work,” says Christopher Andrews, a sociologist at Drew University and author of The Overworked Consumer: Self-Checkouts, Supermarkets, and the Do-It-Yourself Economy.

Though some self-service systems accept cash through bill readers, the popularity of paying with credit cards, debit cards and other digital payments has made self-service more viable. But this doesn’t make it more desirable. Machines can be glitchy, items can be difficult to scan, and the systems are typically slower than human cashiers, Andrews says. When we’re waiting in line, “we’re keenly aware of time passing. When we’re physically doing things, time seems to move faster.” But, in fact, customers scan items more slowly than a cashier. “We don’t know where the UPC codes are, or we don’t have all the codes for the produce memorized,” Andrews says. “The human cashier is familiar with all of it.”

Though younger consumers are growing up with self-checkout and may expect it, “older Americans lived through this transition and are rightfully skeptical of it,” he says. “They say, ‘Wait a minute, is my food cheaper? What’s in this for me?’ ”

Retailers have deployed self-checkout with mixed results. Walmart has pushed many of its stores to primarily rely on such stations or scan-and-go apps, where customers use their phone to scan items as they shop. But Wegmans grocery stores shut down their scan-and-go option in late 2022 due to an increase in shoplifting.

Andrews says we’re unlikely to see self-checkout and robots taking over our shopping experiences entirely: “People put a value on being served by another person.” 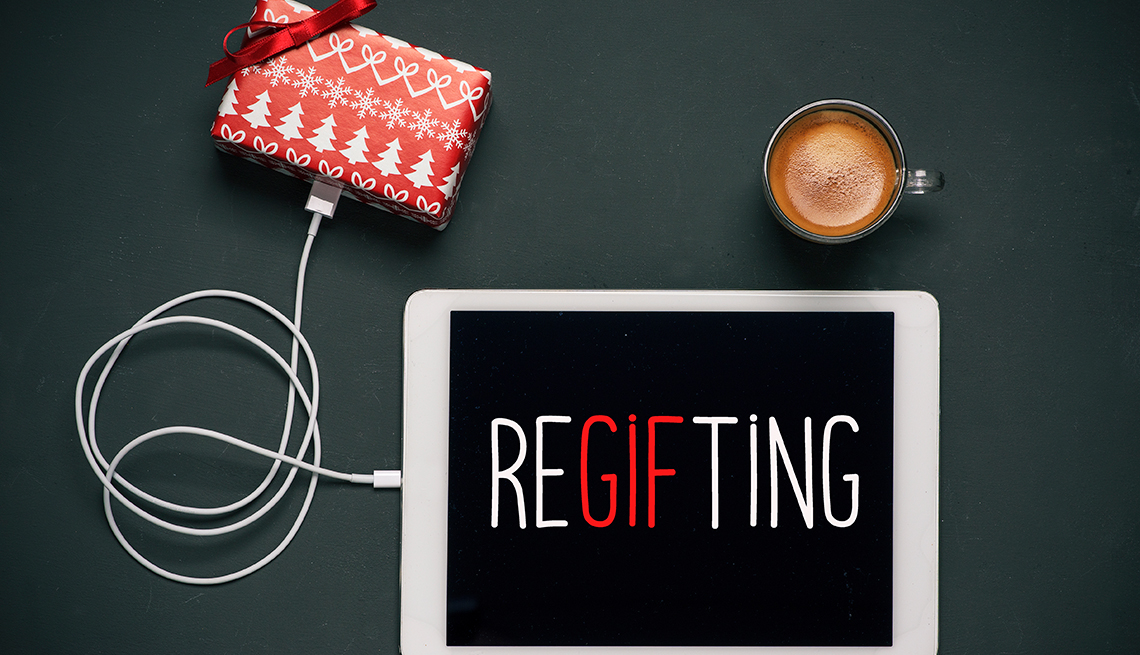 5 Things You Can Regift — And 5 You Shouldn't

Regifting 101: Nobody wants your vacuum﻿ 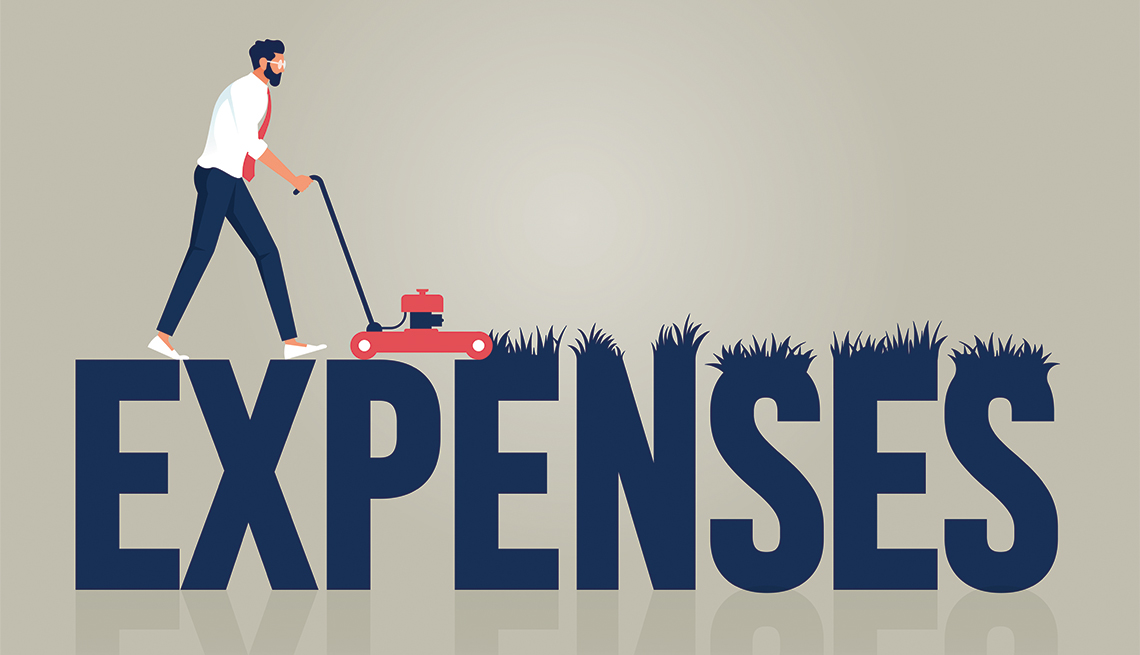 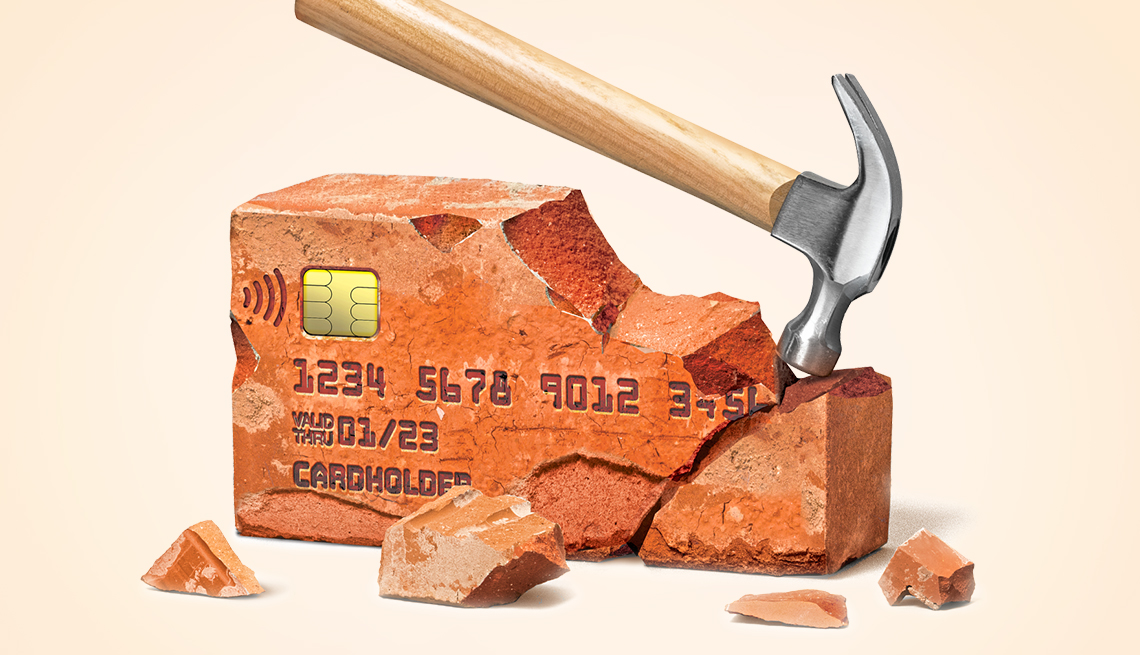 Smarter ways to manage finances in 2023