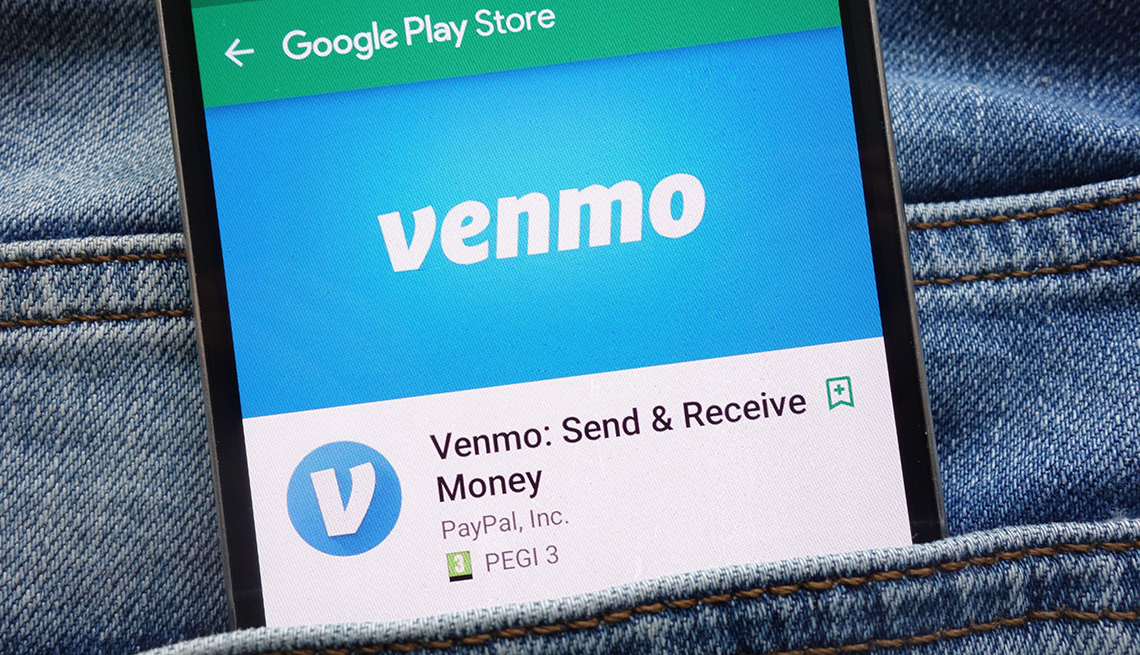 | Fifty-seven percent of Americans age 50 and up have used peer-to-peer payment (P2P) services such as PayPal, Venmo and Zelle, but only 15 percent of those who use them do so frequently, according to survey results from AARP Research.

The study, “Peer-to-Peer Payment Practices and Associated Risks,” found considerably higher P2P adoption among younger adults. Among respondents ages 18 to 49, 84 percent use digital payment websites and apps, and 28 percent of those users do so often.

Overall, 71 percent of those surveyed said they have used P2P platforms. The most common reasons given for using such services are:

PayPal is the most popular P2P service, used by 59 percent of U.S. adults and 48 percent of the 50-plus. Venmo, which is owned by PayPal, and Zelle have made relatively little headway with older users. Respectively, 9 percent and 12 percent of 50-and-up respondents report making payments with those platforms, compared with 30 percent (Venmo) and 22 percent (Zelle) for those under 50. 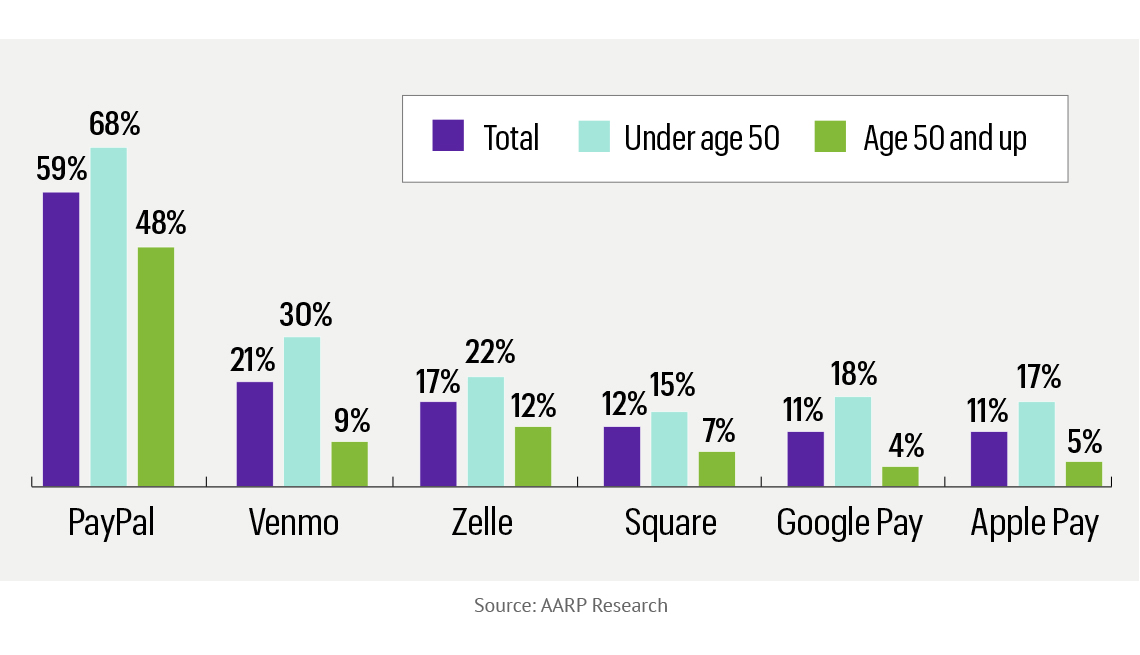 The report draws data on P2P use from a poll of 2,842 adults in the U.S. conducted in November 2019 by NORC, a research organization at the University of Chicago, as part of a larger AARP study on holiday scams that was issued in December.

The new report suggests users across age groups may not recognize scam dangers linked to peer-to-peer transactions. Fifty-three percent of respondents said they had used P2P to pay for an item purchased online from someone they did not know, and 52 percent were not aware P2P payments typically cannot be reclaimed if they turn out to be mistaken or fraudulent.

"Once the money hits the scammer's account, it's as good as gone,” says Kathy Stokes, AARP's director of fraud prevention programs.

Federal Trade Commission (FTC) data shows fraudsters are more frequently seeking payment via P2P platforms. Among scams reported to the FTC in which the victim identified the payment method, the share involving internet or mobile payments has risen from 5.4 percent in 2018 to 10 percent last year to 14.6 percent in the first quarter of 2020.

The key to using P2P safely is doing so only with people you know, Stokes says. “Split expenses with family, roommates, friends. Pay the babysitter,” she says. “Don't use it to buy something from an online marketplace, or to send money to someone claiming to be from a government agency."

Sending Money Safely Through Apps
%{postComment}%
Andy Markowitz covers Social Security and retirement for AARP. He is a former editor of the  Prague Post and  Baltimore City Paper.