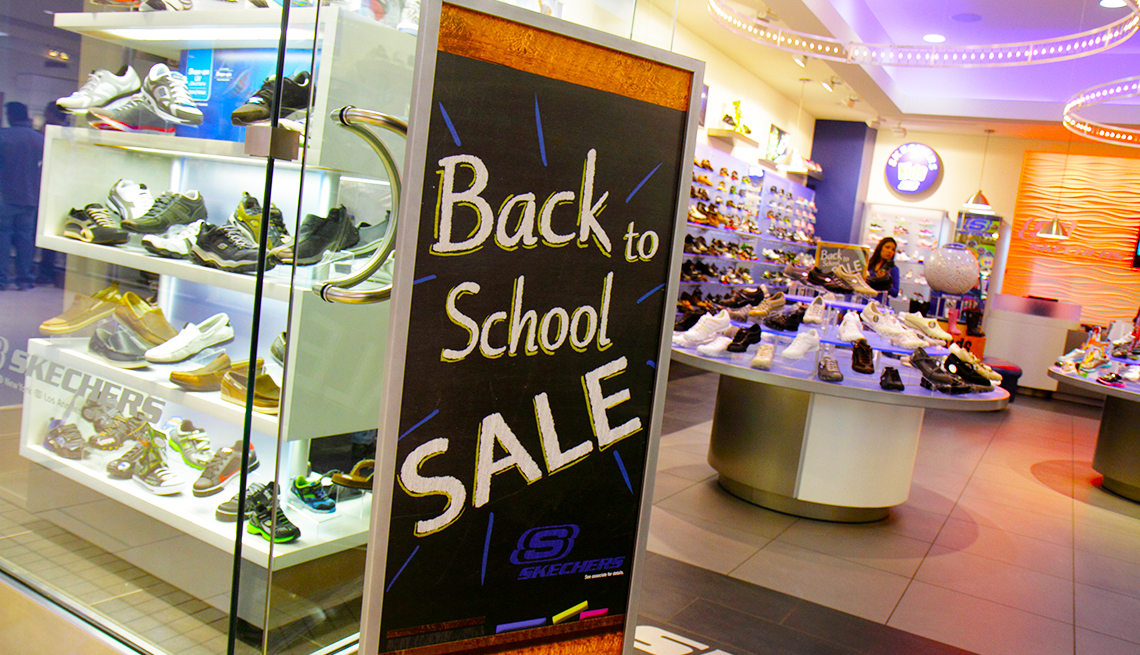 “The great thing about back-to-school shopping is that it includes categories that are applicable to all ages, and you don’t have to be going back to school to get these deals,” says Kimberly Palmer, a spokesperson with personal finance website NerdWallet.​

Markdowns on certain categories like electronics and clothing may be even greater than in recent years, because many retailers over-ordered earlier in 2022, says Brad Godwin, regional vice president of Shopkick, a shopping rewards app.

“They ordered thinking that there would still be a lot of discretionary income, but then inflation hit, and now they have too much inventory,” he says. “So, you’re going to see drastically reduced prices."​

Deloitte analysts project that the back-to-school market could amount to $34.4 billion this year (up 24% from 2019). Even if you (or your kids) are not headed to a classroom this September, there are still plenty of ways to take advantage of the sales associated with the shopping push. Here’s a look at seven ways to make the most of them.

Eliminating the sales tax on purchases is an easy way to make your budget go further. Multiple states hold sales tax holidays between July and September. While some have already passed, several tax holidays are still to come and many focus specifically on clothing and electronics.​

The savings can add up. Florida, for example, which draws retirees because it doesn’t tax income, has an average combined state and local sales tax rate that tops 7 percent. It’s nearly 9 percent in Illinois. The national average is 6.57 percent. (See our map of sales tax rates in every state.)​

​2. Stock up your home office​

Laptop prices during back-to-school shopping season tend to be among the lowest of the year, second only to Black Friday prices. You’ll find great deals on accessories for that computer as well, including headphones, mice, chargers, and carrying cases.

“I’d check Best Buy and Amazon as the top contenders in those categories, with new deals coming out every day until Labor Day” says Shannon Dwyer, deals and shopping expert at RetailMeNot. “As products get depleted, they’ll be putting up new items as well."​

This is also a great time to find sales on other items for your home office from desks to printers, ink, and paper.​

You’ll also find deals on packaged snacks this time of year, as parents are loading up college students’ empty pantries and preparing to start packing school lunches again. Expect supermarkets and wholesale clubs to lower their prices for these types of items into September.​

Back-to-sale clothing sales coincide with the end of the summer season, making it a particularly advantageous time to purchase more lightweight clothing. While some back-to-school styles may feel too young for your style, you can always stock up on basics like pajamas, sweats, socks, and underwear, says Lisa Thompson, savings expert for Coupons.com.​

​5. Spruce up your home décor​

Retailers are focused not only on younger children this time of year, but also on college students who need to furnish their dorms or off-campus apartments. That means you’ll find discounts on lower-priced bedding, towels, and home accessories like pillows and wall art.

“One year I set up my entire guest room just by taking advantage of back-to-school sales,” Thompson says.​

​​“Retailers discount them because those things are often on teacher’s supply lists,” says Julie Ramhold, a consumer analyst with DealNews. “But, of course, that’s a sale that anyone can take advantage of, even if they’re not going back to school.”​

​7. Think outside the big-box store​

Stores like Target and Walmart have great deals this time of year, but shopping experts say you may also see savings at other types of retailers as well. Check out your local clothing stores, as well as pharmacies and supermarkets for office supplies.

Your Guide To The Best Bargains In August

Find deals on everything from laptops to lawn mowers

﻿Save Money and Buy in Bulk