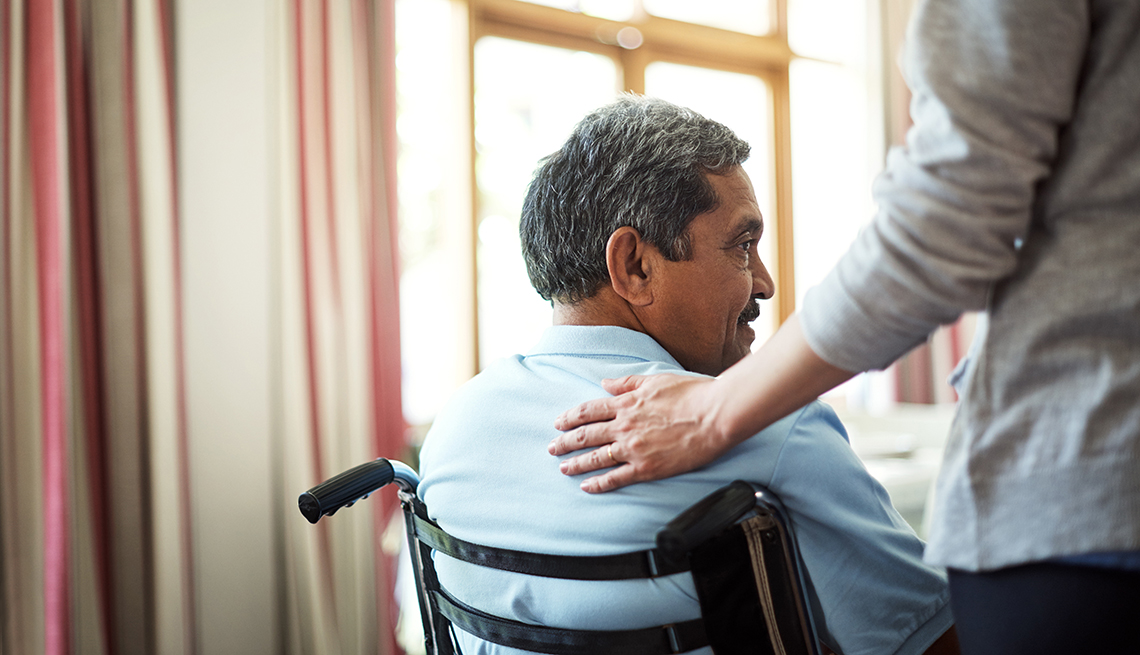 En español | You served your country years ago, or maybe your spouse did. Now, you’re retired, your health is declining, and you struggle with everyday things, like bathing and dressing. You need help, but you think you can’t afford it, and it never occurs to you to turn to the VA.

If that sounds familiar, you have plenty of company. Large numbers of veterans and their survivors who need caregiving help have no idea they might qualify for thousands of dollars a year through a program called Aid and Attendance (A&A), experts say.

“It’s a benefit that many, many elderly vets are eligible for and have no idea,’’ says Alene Tarter, director of benefits and assistance for the Florida Department of Veterans’ Affairs. “I’m retired military, and I never heard of it until I worked for the state.’’

The government estimates that hundreds of thousands of people whose incomes are low enough to qualify for VA pensions haven’t applied, and many of them could be eligible for extra caregiving-related payments through A&A.

“It’s an entitlement that can improve their lives, and they’re not taking advantage of it. That’s disturbing,’’ says Kevin Friel, deputy director of pension and fiduciary service at the VA.

To qualify for the program, veterans in most cases must be at least 65, have had at least one day of service during wartime, and have at least 90 days of active service before 1980 or at least 24 months after Sept. 7, 1980. They also must meet certain income requirements, and, under new rules adopted this month, their net worth cannot exceed $123,600, not counting their primary residence.

Friel said many older veterans who served during wartime and their survivors could qualify for pensions that are based on financial need, even if they don’t think of themselves as poor, because of the way the government calculates need. The formula allows people to deduct medical expenses from their income, which means that as people grow older and their medical needs rise, they often can qualify for pensions, even if they couldn’t when they were younger.

A&A allows people to get an increased monthly pension if they can prove they need help from another person for everyday tasks such as bathing, dressing, feeding and going to the bathroom. People who are bedridden also can qualify for extra payments. The money can be used to pay for care at home or in nursing homes and other facilities.

Carol Howell, the author of a book on caregiving for people with dementia, says the program has been crucial for her 79-year-old mother, who has advanced dementia and recently moved into a skilled nursing facility in South Carolina. In seeking the benefit for her mother, Howell was helped by the National Association of Veterans & Families.

The A&A payments that her mother receives as the spouse of a veteran allow her to hire a private caregiver who comes into the facility daily to help with her care. Without that extra private help, Howell says, her mother probably would not be allowed to stay in the facility.

“If that private caregiver went away, she would probably be asked to leave the skilled nursing community she is in. And then what would I do? I have no clue what I would do," says Howell, who lives in Rock Hill, S.C., not far from her mother. “It would be awful.’’

Howell says her brother-in-law, a Vietnam veteran with multiple health problems, also receives A&A payments that help him pay the cost of living in a local assisted living community. Without the payments, she said, he would have to move to a facility where he would be less comfortable.

Friel, at the VA, says that several factors probably keep potentially eligible veterans from applying for the benefit. One is that many people eligible for VA pensions and A&A haven’t had a reason to be in contact with the VA for many years, and it doesn’t occur to them to look into benefits that might help them when they are older. Another obstacle, he said, is that many veterans take pride in not asking for help from the government.

“Sometimes it’s the pride of the veteran. They got the GI bill and thought they didn’t want to apply for anything else,” he says. “Part of our job is to make them understand it’s not a handout. They served our country.” 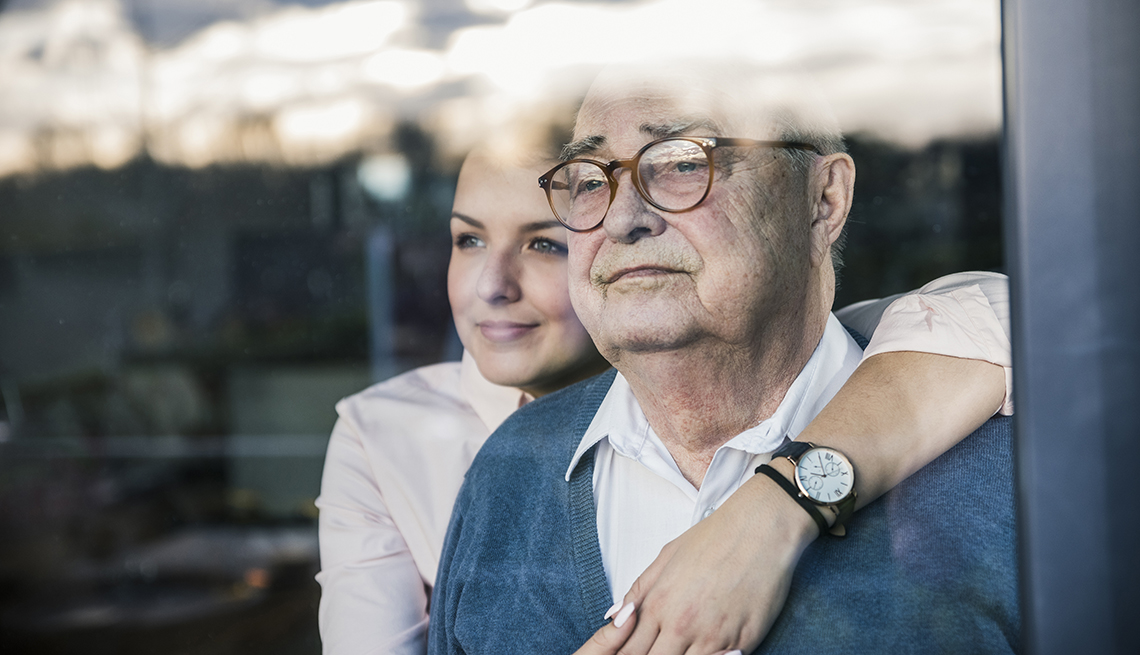 Gary Ochoa, Southern Region manager for the Arizona Department of Veterans Services, says his department tries hard to put out the word so veterans know about the program. “The grant can be a life-changing event,’’ says Ochoa. “The big problem we have is getting the word out. A lot of our World War II, Korean and Vietnam War vets are low-income and have a medical need for additional assistance and, unfortunately, do not know about the program.’’

Amy Goyer, AARP’s Family and Caregiving expert, says A&A was crucial in paying part of the cost of caring for her father, a World War II and Korean War veteran who suffered from Alzheimer’s for 12 years and died this year at 94.

“My dad was a college professor. He had two pensions and had long-term care insurance,” she says. “By the time he died virtually his entire income … went to his care … He was better-prepared and -equipped than most, and it still wasn’t enough.”

Goyer says one way to get started finding out about the program is to call the VA’s caregiver line (855-260-3274) or go to www.caregiver.va.gov.

Friel and other experts strongly advise working with representatives who have been accredited by the VA. Most accredited representatives work for veterans service organizations (VSOs). A list of VSOs at VA regional benefits offices can be found at www.benefits.va.gov/vso/varo.asp.

One reason to seek help from accredited veterans service offices is that the eligibility criteria can be hard to figure out, and making bad financial decisions in an effort to qualify for the program can be costly.

“The rules are incredibly complex,’’ says Ryan Gallucci, director of the VFW's National Veterans Service. “If you’re approached by someone for estate planning, instead seek out accredited help.”

Experts in government and veterans' organizations warn that there have been numerous instances of people trying to take advantage of elderly veterans and spouses who might qualify for A&A. In some cases, companies will promise to come up with financial strategies to help veterans reduce their income or net worth so they can qualify for the program, but those schemes don’t always work and often involve commissions or other financial benefits to the people selling them to vets. In other cases, veterans might face penalties if they follow bad advice.

Tarter, at the Florida Department of Veterans' Affairs, cites one case of a woman who was talked into setting up a trust so she could qualify for Aid and Attendance, only to be rejected by the government, which determined she and her husband weren’t eligible. The couple then had to pay a $16,000 penalty as a result of getting back into the trust. In other cases, she says, companies sell veterans insurance and annuities to hide their assets, even if those products don’t make sense for very elderly people.

“Veterans get sucked in by guys who come in on the pretense of filing for A&A,’’ she says.

New VA rules that took effect last week are designed in part to avoid such scams by clarifying the eligibility requirements for the program. The new rules set a firm net worth limit ($123,600), replacing a more flexible approach in the past, and establish a three-year “look-back’’ provision that prevents people from quickly transferring assets in an effort to hide wealth and qualify for government benefits.

Another change is that more medical expenses can be deducted from countable income. Tarter predicts that while some veterans may have a harder time qualifying for the program under the new rules, other veterans are likely to benefit from them.

Friel says that the VA is also trying to address another complaint people have had about the program in the past — that it’s very slow, taking many months for applications to be approved or rejected.

He says the average time to process claims for veterans pensions, including A&A, has been reduced over the past two years from 76 days to 62 days. The process can be expedited for veterans who are older or have a terminal illness.

Experts say veterans and their families should not be discouraged by the obstacles to an application, including the cumbersome paperwork that can be necessary to prove eligibility. They say that people who need extra time to gather records to support a claim should submit an “Intent to File” to the VA, even if they don’t have all their documents ready to support a claim. Once that form is filed, they can continue gathering paperwork, and if they are approved they can collect benefits retroactive to the date the form was filed.

For information on Aid and Attendance, see the VA website.