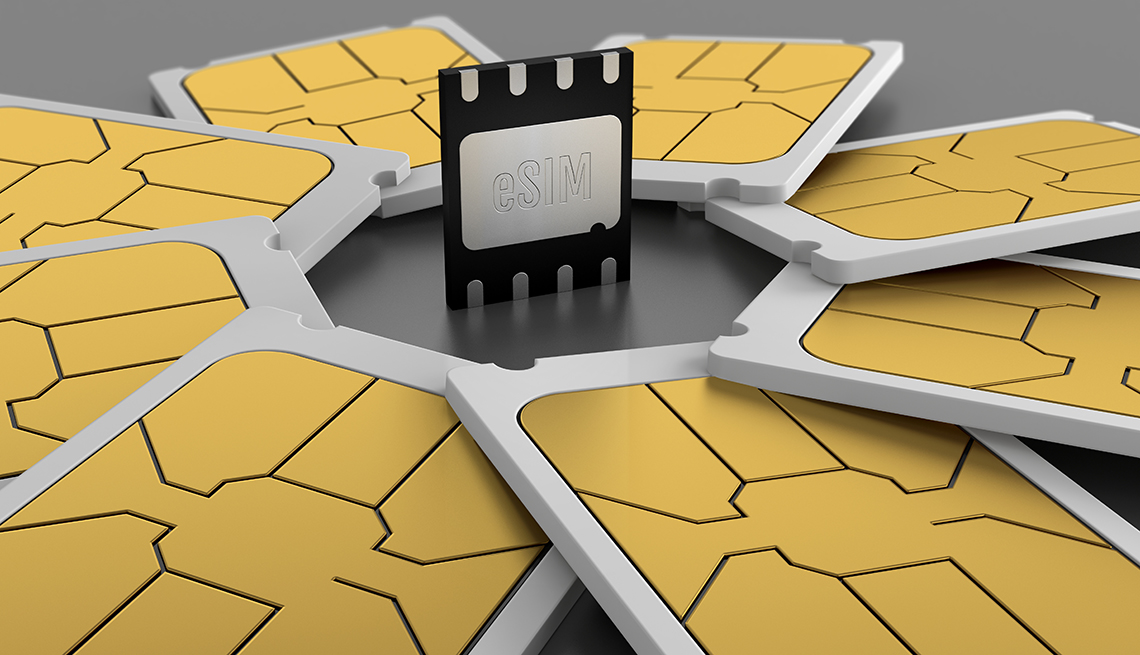 If you’re a proud owner of one of the new iPhone 14 series models Apple unleashed in September, you might notice that the SIM tray — the removable mechanism on your smartphone that holds your Subscriber Identification Module (SIM) chip card — is missing.

SIM cards link your phone number and account credentials to your service provider. They’re known for being tricky to remove, usually requiring the insertion of a paper clip or other pointy ejector tool into the tiny hole along the edge of the handset.

But Apple went all digital with embedded SIMs, dubbed eSIMs, on its latest devices. That likely signals that physical SIMs, even in rival brands, could eventually join a list of near-extinct smartphone features, such as memory card slots and user-replaceable batteries.

While the demise of physical SIMs won’t happen right away, many phones now on the market support eSIM technology, including some Google Pixel, Samsung Galaxy and other Android operating system devices introduced in the past few years, as well as 2018’s iPhone Xs and Xr models. A notable exception: iPhones sold in mainland China don’t support eSIMs.

Some phones have both

For now, phones can accommodate both physical SIM cards and embedded eSIMs. Some hardware also supports dual SIMs that feature either a single tray for a pair of very small SIM cards — they come in three sizes, standard, micro and nano — or technology that permits one physical SIM and one eSIM already included. The chief benefit here is the ability to run two phone lines on the same device, perhaps one line for business and the other for personal use.

To be sure, most people have gotten by for years without ever having to pull the physical SIM card from a cellphone, which may happen only when you get a new phone, switch wireless carriers or perhaps travel internationally. However, it can be irritating, especially if you accidentally drop the SIM card, insert it wrong, or worse, get it stuck in the phone incorrectly.

“eSIMs are a tremendous improvement for those with physical disabilities who will never again have to deal with tiny little SIM cards and those teeny, tiny SIM card ejection holes,” says tech analyst Avi Greengart of New Jersey-based Techsponential.

Jeff Howard, AT&T’s vice president of hardware and partner solutions, agrees: “From our perspective, we’re looking at it literally as an improvement in customer experience. It does simplify the activation process and allows the control to be right on the device. You don’t have to engage in shipping physical SIM cards; customers don’t have to identify the appropriate hole on the device to insert the tool.”

Even if you haven’t needed to perform SIM surgery, the new technology promises other advantages.

1. Better security. For starters, you can lose or damage physical SIMs. Activating a digital replacement is typically faster and potentially more secure.

Unfortunately, SIM swap scams, in which physical SIMs are stolen and placed in another phone, are a real thing. Once a SIM has been hijacked, your incoming calls, texts and other data can be diverted to the bad guy’s own device.

Under worst-case scenarios, SIM swapping can lead to identity theft. An eSIM has no physical card to steal.

2. Multiple phone lines. Just as phones equipped with two physical SIMs let you have more than one line, the same goes for eSIMs. The newest iPhones can support up to eight eSIMs, though only two can be active at one time.

Both phone numbers can make and receive voice and FaceTime calls and send and receive messages using iMessage, multimedia messaging and text messaging, Apple says. Signal strength status indicators for each line may show up at the top of the phone screen.

If your phone is unlocked, you can use eSIMs from two different carriers. If not, the additional line must be from the same carrier.

3. Similar convenience when traveling abroad. If you’re planning to travel overseas but fret about lofty cellular rates associated with international roaming, you can purchase low-cost prepaid SIM cards that contain a local number where you’re staying and use the card for the length of your trip. Without a SIM tray, you’ll have to seek out a mobile carrier that supports eSIMs.

Apple lists several carriers on its website by country that can digitally assign an eSIM to your phone. If you bought an iPhone 14 in the United States but plan to use it abroad, more than 400 wireless companies in more than 100 global markets support eSIMs on the device, according to the company.

How to set up an eSIM on an iPhone

You have a couple of ways to activate a new iPhone with an eSIM:

• If your wireless provider supports what’s known as eSIM carrier activation, it will assign an eSIM to your phone automatically when you buy the device.

• If the provider supports eSIM quick transfer, you’ll be able to digitally transfer your existing phone number without having to contact your carrier. Follow the instructions on the iPhone screen during set-up.

If neither option is available, a carrier may issue a QR code, a readable code used for storing URLs that you can access by scanning with your phone’s camera.

You can also add an eSIM line or convert a physical SIM to an eSIM on phones that support it. Tap Settings | Cellular | Add eSIM. You may see a list of phone numbers you’ve already stored on another phone. Tap the number to transfer the line, assuming no restrictions are attached to the number.

If you run into a problem, tap Other Options and then tap either Transfer From Nearby Phone or Use QR Code. If you choose the latter, scan the QR code and, for security purposes, enter the activation code or other requested information provided by your carrier. Follow the instructions on the screen.

If you choose the Transfer From Nearby Phone option, make sure your other phone is unlocked, has Bluetooth turned on and is running iOS 16 or later. Again, follow the instructions on the screen.

If your carrier supports it, you may also see a Convert to eSIM option. If so, tap Convert Cellular Plan | Convert to eSIM. This will deactivate your physical SIM, which you should remove from the device.

How to set up an eSIM on Android

Since not all Android phones are the same, the method for setting up an eSIM on each supported device varies.

On a Samsung Galaxy, for example, start by making sure the software is up to date. Then tap Settings | Connections | SIM Card Manager. Next, select Add Mobile Plan. From there you can either choose to scan a QR code or follow the onscreen instructions to activate a preassigned plan. 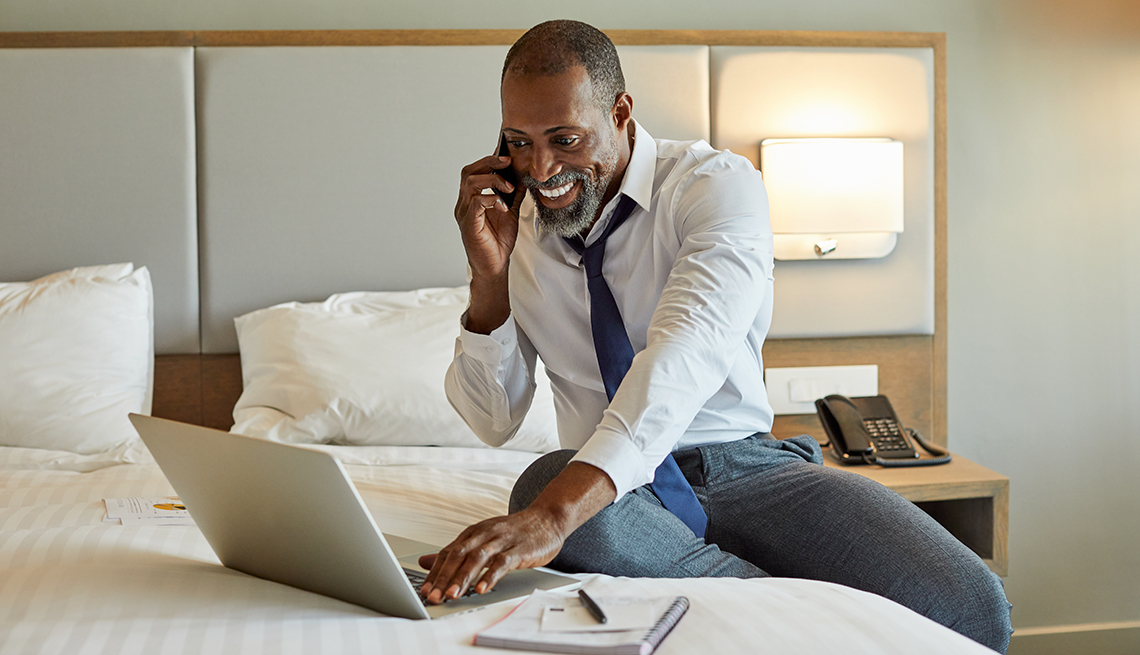 Do You Need a Smartphone Plan Marketed to Older Adults?

If an offer means slower speeds, limited data, maybe not 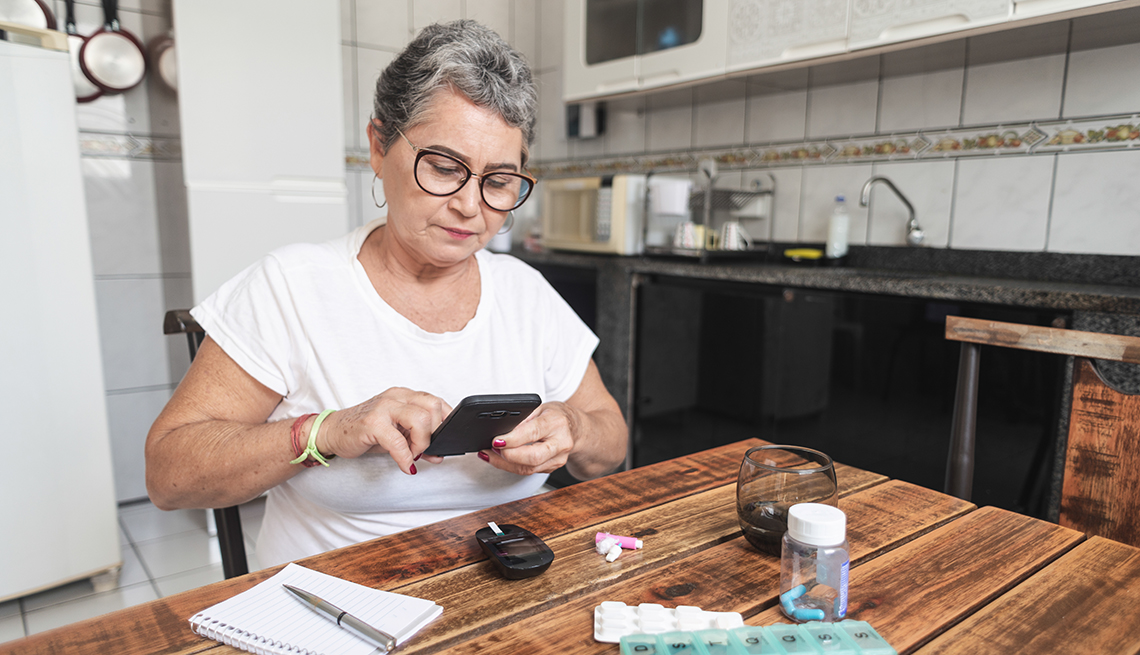 You Can Store Medical Records on Your Phone. Is That Healthy? 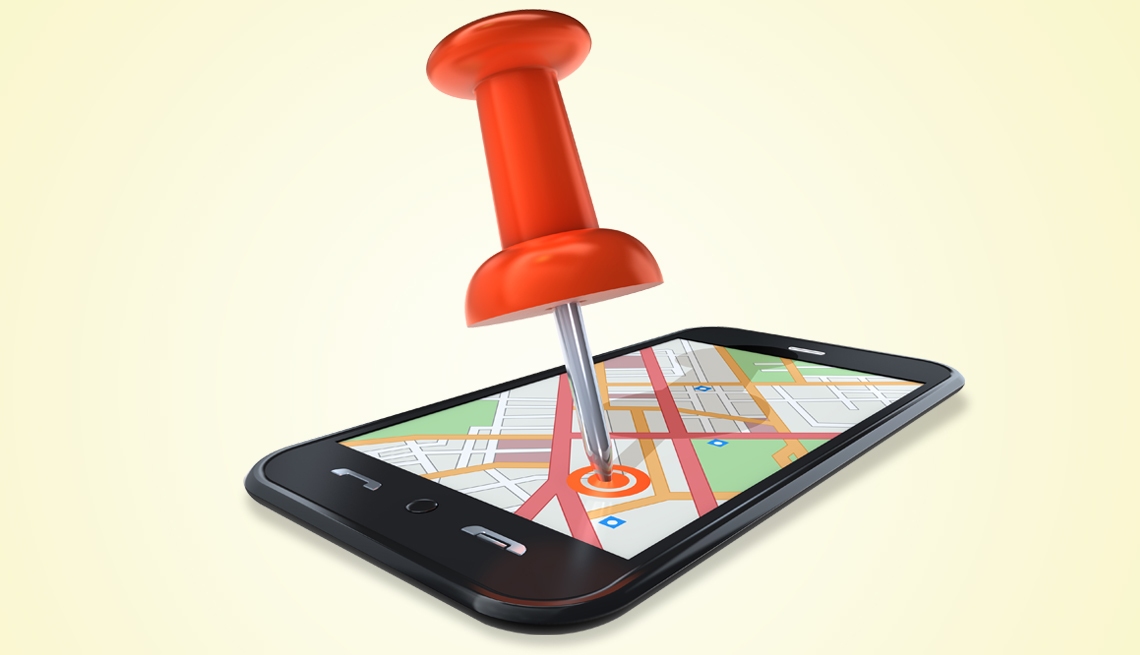 How to reduce ways your devices can track your location