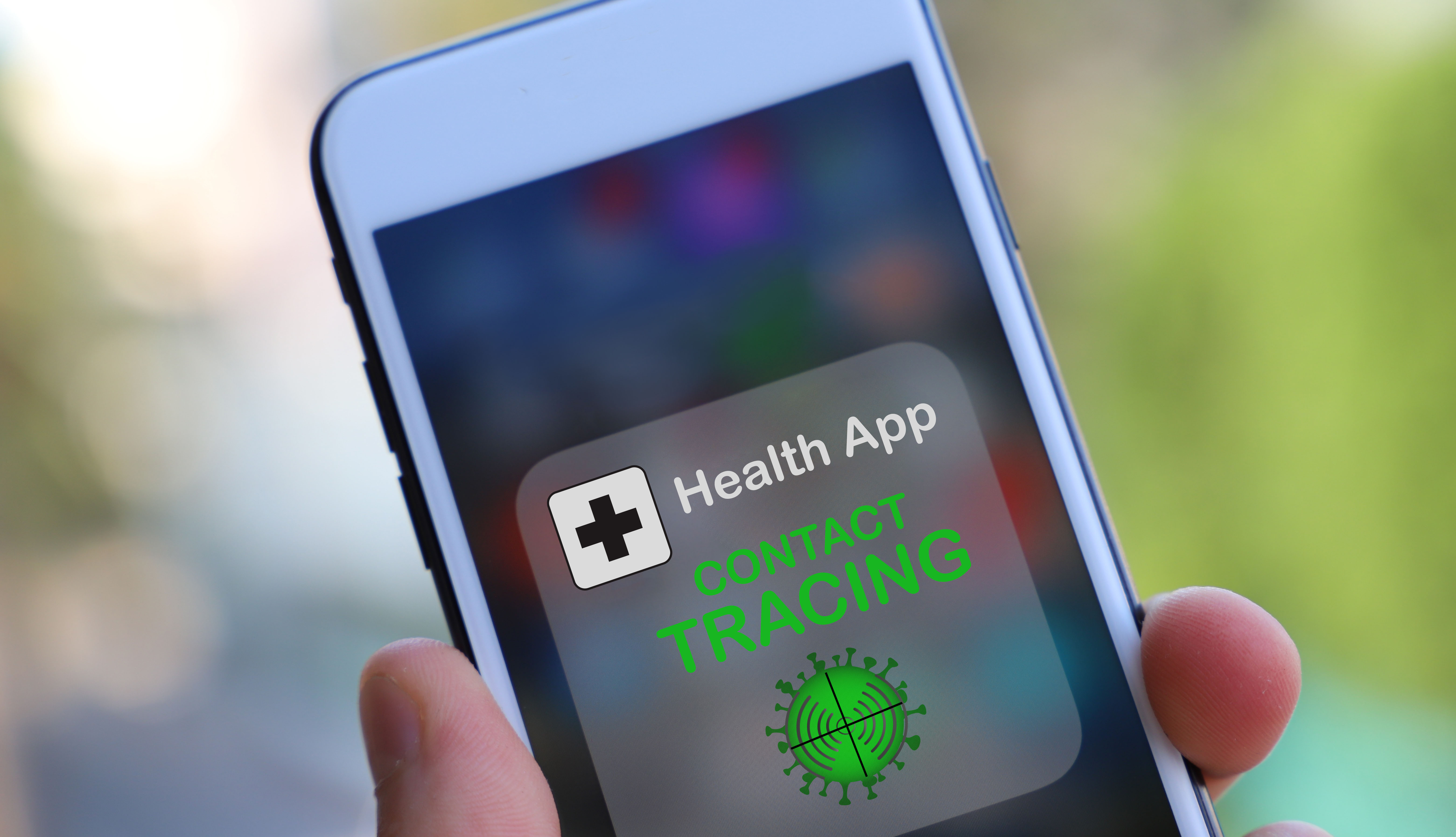 En español | In a small apartment building in Manhattan, at the heart of the COVID-19 pandemic, a middle-aged couple became infected with the coronavirus.

But even though one of them was briefly hospitalized, they didn't warn their neighbors, including residents 65 and older, who are particularly at risk of complications from the virus. Worse, while contagious, the couple had contact with others in their building.

This kind of behavior causes so-called community spread, uncontrolled pandemics and what medical experts say are preventable deaths. If people could be alerted to possible exposure to the coronavirus through the use of contact tracing, then they could self-isolate to prevent further spread of the disease, get tested immediately and seek treatment as soon as possible if they are infected.

In theory, contact tracing in any form can stop a pandemic in its tracks, which is why from Canada to New York, governments have made the concept a prerequisite to resuming normal activities. In the past, contact tracing performed by human workers has been used to curb epidemics of communicable diseases such as measles, tuberculosis and sexually transmitted diseases.

But having humans conduct interviews and make calls to find those exposed is a herculean task and potentially rife with errors. Who can remember or even know every stranger — a grocery cashier, restaurant worker, bank teller — they may have come in contact with in the previous two weeks?

So, as a supplement to human detective work, technology companies and governments around the world are testing smartphone apps that can automatically alert residents if they get near anyone infected with the coronavirus.

The idea has garnered the attention of the two biggest smartphone software companies in the world, Apple and Google. They are working together and have already released a preliminary program that would enable health departments to conduct contact tracing in this way.

Technology can be speedy

The possible advantages to such a system are many. In the case of the New York couple, neighbors would not have to depend upon communication with the couple or whether they notified health authorities.

A smartphone alert could be sent without identifying the couple or where or when people might have been exposed. The people notified also would not have to rely on patients’ imperfect memories.

More important, say researchers from Oxford University in England who were some of the first scientists to propose the idea, is the speed with which such warnings could be broadcast. Using humans to track down contacts is slow and tedious, allowing for the continued spread of a disease, according to professor Christophe Fraser, senior group leader in pathogen dynamics at Oxford's Nuffield department of medicine and senior author of the researchers’ report.

An estimated 100,000 people would have to be hired to do the work in the United States, the Association of State and Territorial Health Officials, a nonprofit that represents public health agencies across the country, told Congress in early April.

Virtually instantaneous smartphone alerts can stop an epidemic much more effectively, say the researchers at Oxford, about 50 miles northwest of London. But privacy advocates have raised concerns about using such a smartphone app, which may require users to keep on their Bluetooth, a short-range wireless technology built into smartphones. 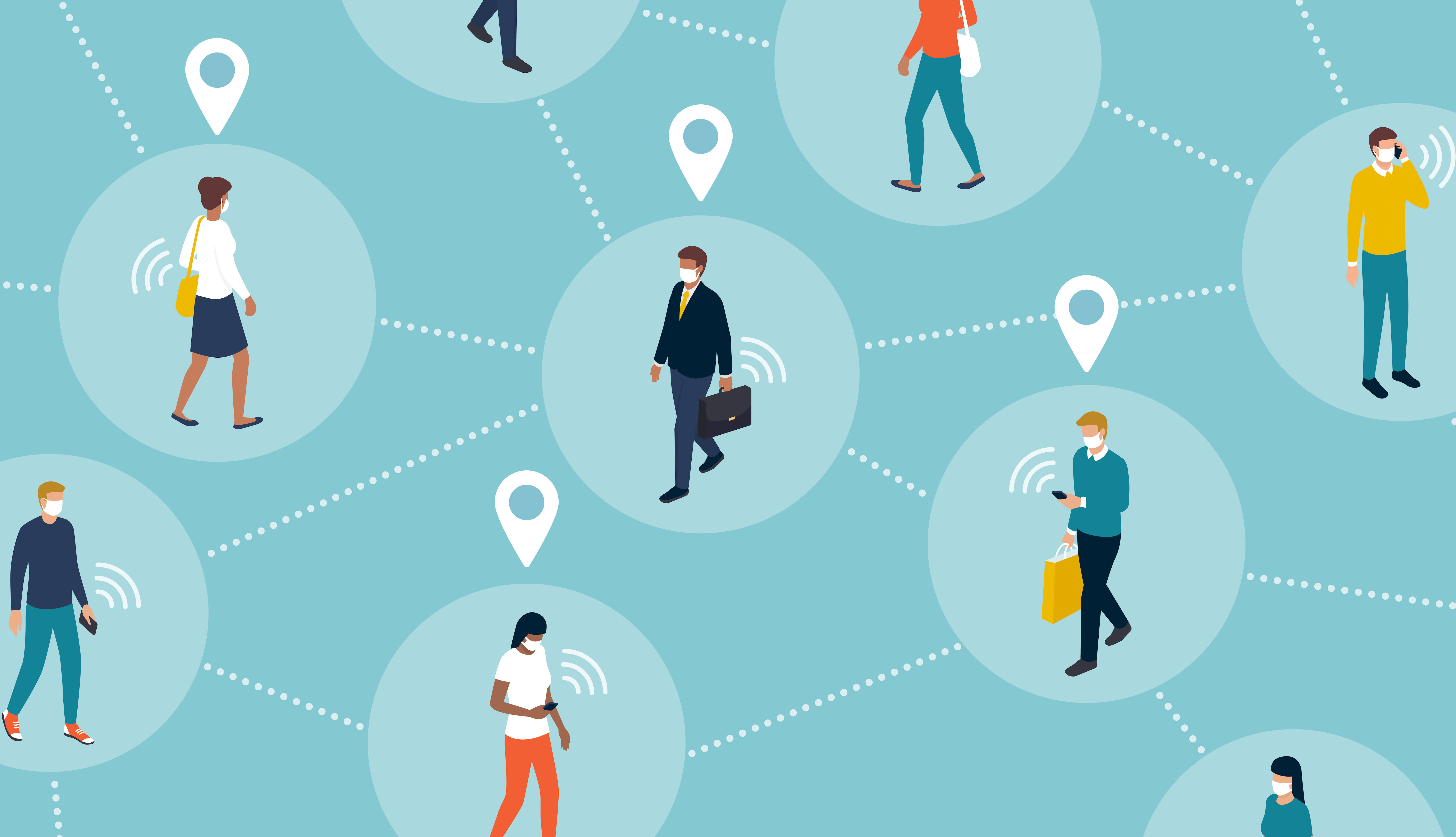 Not everyone has to use the app

Places as far flung as Australia and Singapore already allow people to use such software, but not everyone is on board with it. So does everyone have to use this technology for it to save lives?

Not necessarily, epidemiologists say. While having 60 percent of people using an app would be ideal, only a small percentage of smartphone owners would have to join to give health departments information about new hot spots.

What's more, the Oxford researchers point out that at least one infection — and, therefore, one possible death — would be averted for every one to two people who opted to use the software. So a few thousand users could save thousands of lives.

Even a person without an up-to-date smartphone with the latest software could benefit. If your kids or grandkids use such an app and get an alert, they could quarantine themselves and make sure not to spread the virus to you.

Significant concerns about privacy and security doubtless will dog any tracing app. Many people worry about having their movements tracked. This is a common misconception, though.

While some apps, like one in India, use GPS location information, the Apple-Google program does not and cannot actually follow anyone's movements, according to the companies. Instead, the system uses the low-power Bluetooth wireless beaming feature of phones (usually those made after 2006) to ping nearby smartphones that are also running the app.

Later, if a person is diagnosed through a certified, validated test, the app will anonymously alert all of the phones the individual came in contact with in the past two weeks, the possible incubation period for the disease. You won't know specifically who, when or where you were exposed, and the information is stored on your smartphone, not on a central computer owned by a government or computer company.

The international jury is still out on the Apple-Google approach to tracing. Germany, for one, recently decided to use the technology giants’ approach, but the United Kingdom has decided to develop its own app with Oxford University researchers and tech companies.

One fact not in dispute: Very little tracing is being done to curb the epidemic now. In the case of the New York City couple, no one called or otherwise contacted any neighbors who were exposed.

In the U.S. and other countries, privacy advocates know that private companies already track smartphone owners. And those companies sell the information to other companies, all without government regulation or oversight.

In Australia the government has decided to make it illegal for COVIDSafe app data to be used for any purpose other than infection alerts. But even with encryption and legal safeguards, security is always a risk.

Keeping the information out of centralized databases makes it more difficult — but not impossible — for hackers to access it. That's why the nonprofit Electronic Frontier Foundation says the best solution is to make sure the contact-tracing app is retired when the pandemic is over.

For all of us, that can't be soon enough.