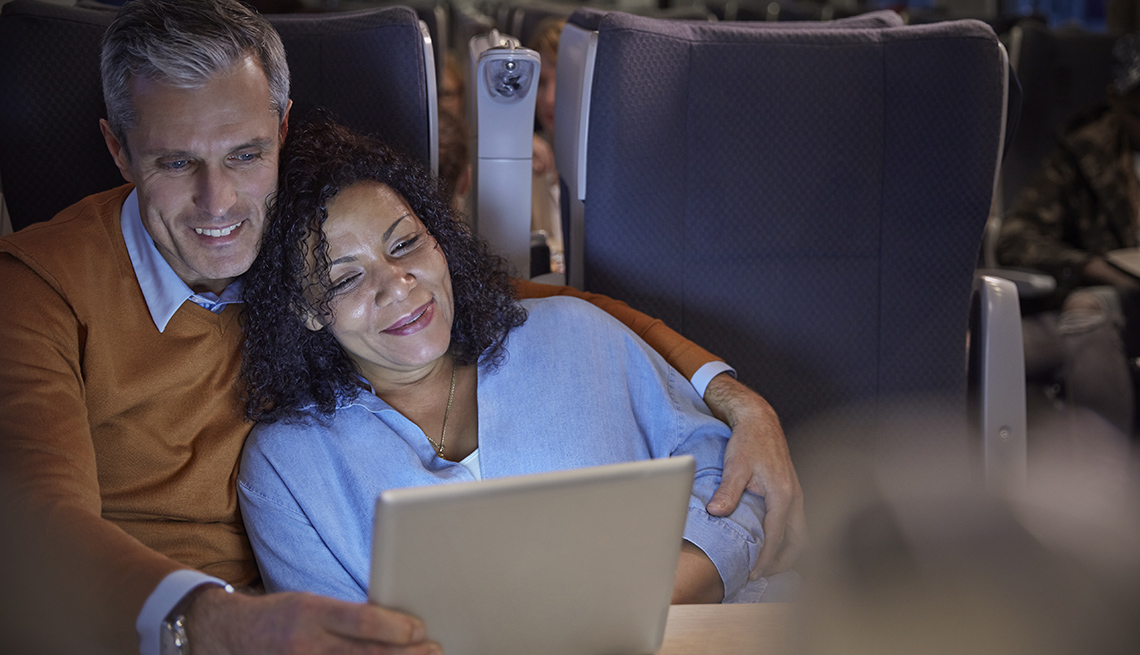 En español | Not only are television screens getting larger, but the tally of must-watch shows is increasing across a growing number of streaming services.

The simple days of plopping down on the couch and channel surfing are gone.

Streaming allows viewers to select programs to view on their own time, with the ability to play, pause, rewind, easily turn on subtitles or even change the language of a show. Instead of making viewers wait a full week for a new episode, an entire season often is made available at once.

"The positive of the contemporary television environment is the sheer richness of content out there, of new material, and the easy availability of watching entire runs of shows 10, 20, 50 years old,” says Josh Jackson, assistant director of the media studies program at the University of California, Berkeley. “The downside is the research that has to go into determining who's playing what and which $15-a-month streaming service is the best match for you."

Cable TV channels will continue to exist because “they serve their parent corporations a unique economic opportunity,” he says. “Broadcast television is still the primary vehicle for advertisers to reach a massive audience quickly."

But much of television is subject to advertisers who prioritize ages 18 to 49, and content is created to appeal to that age group.

"A subscription-based television environment that's more concerned with numbers of subscribers and less concerned with demographics might provide a greater variety of shows that might value and target an older audience because their appeal to advertisers isn't part of the equation,” Jackson says.

As we anticipate the introduction of four more streaming options in addition to a fifth platform that just went online weeks ago, the information below may help you navigate this new and complicated world. What is it? When does it start? Apple TV+ begins streaming Nov. 1. The service has no ads, and Apple says it will come out monthly with original programming.

How to access: The content can be played through the Apple TV app, available on most Apple products and select Samsung smart TVs. Apple says the app will be available later on other smart TVs, streaming boxes and streaming sticks.

Price: $4.99 a month after a seven-day trial. A year of the service comes free with purchase of a new Apple TV, iPhone, iPad, iPod touch or Mac. "The First Wives Club" a new television show available for streaming on BET+.

What is it? When did it start? On Sept. 19, BET began streaming a black culture collection of dramas, movies and sitcoms with more than 1,000 hours of ad-free viewing.

This includes exclusive programming such as documentaries, originals from Tyler Perry and specials from BET Networks.

How to access: Although BET+ will be charged as a separate subscription, it can be added to Amazon Prime Video. Otherwise, it can be viewed on any device in which the BET+ app is available for download.

Price: $9.99 a month, billed directly through app store of purchase

What is it? When does it start? On Nov. 12, Disney, which oversees Marvel, National Geographic, Pixar and the Star Wars franchise, will provide what it says will be “thousands” of movies and shows to stream.

Programming will feature original documentaries, films and series for subscribers of all ages. These include a documentary series about the making of Frozen 2, a live-action version of Lady and the Tramp, a new series from Marvel, the first scripted live-action Star Wars series, and a Toy Story-based project.

How to access: Disney+ will be available on most gaming consoles, laptops, mobile phones, smart TVs and tablets.

What is it? When does it start? HBO Max is set to debut in spring 2020 with 10,000 hours of curated content such as third-party licensed movies and program favorites from Adult Swim, Cartoon Network, CNN, Crunchyroll, DC, Looney Tunes, New Line, Rooster Teeth, TBS, TNT, truTV, Turner Classic Movies, Warner Bros. and more. It promises movies and original series in coordination with network partners.

Price: To be determined, but its current HBO Now platform featuring all of the cable channel's content and movies is one of the most expensive services at $14.99 a month. What is it? When does it start? In early 2020, NBC will enter the realm of streaming with its Peacock platform.

Officials say it will feature movies from DreamWorks Animation, Focus Features, Universal Pictures and other studios. But other exclusive content will be created, including a new season of the show A.P. Bio, which premiered on broadcast television; a reboot of Battlestar Galactica; Brave New World, based on the Aldous Huxley novel; Dr. Death, based on the true-crime podcast and featuring actors Jamie Dornan and Alec Baldwin; a talk show from Jimmy Fallon; reboots of Punky Brewster and Saved by the Bell; and a spin-off of the Real Housewives franchise.

In 2021, NBC will reclaim exclusive rights to The Office and Parks and Recreation, two of the most watched streaming series.

How to access: Details on its distribution will be announced closer to the platform's launch.

Price: Available at no cost to NBCUniversal pay TV subscribers. A separate version will include an additional fee that has yet to be announced.

A different type of streaming

If you want to ditch cable or satellite TV altogether, a variety of options provide live channels, often for less than a cable subscription.

The number of channels may be limited in comparison with cable or satellite, but prices range from around $15 to $50 a month. Some of these companies include AT&T TV Now, Philo TV, Sling TV and YouTube TV.

More on Television and Technology