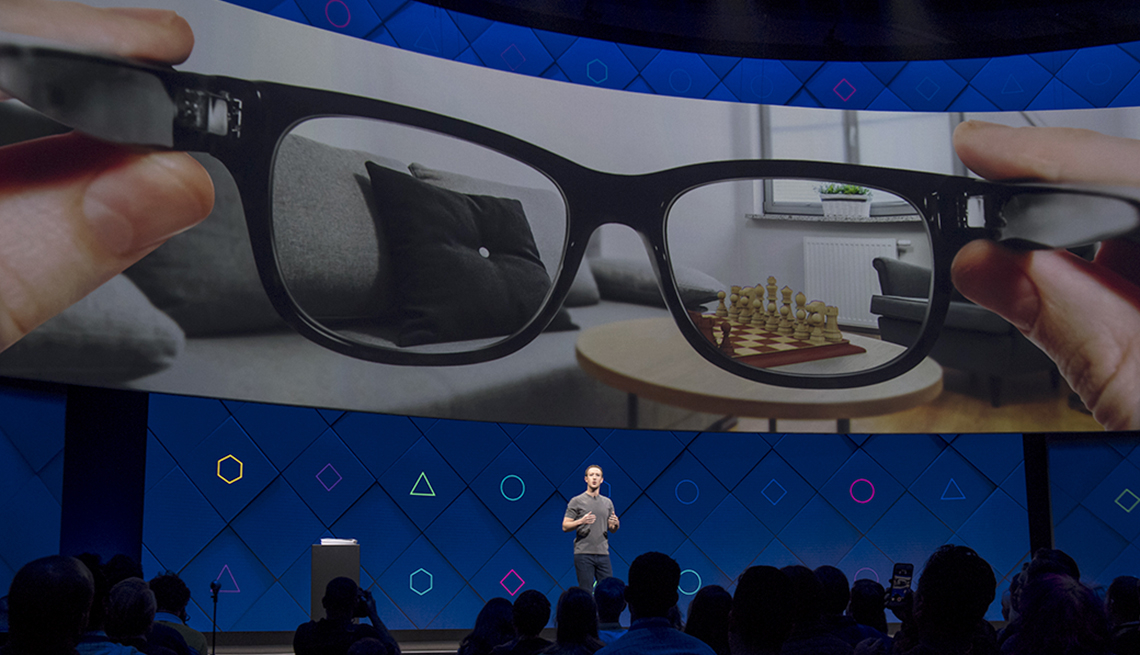 Facebook is ready to take its social network to the next level. That’s the message the Silicon Valley giant sent this week at F8, its annual developer conference, which wrapped up yesterday in San Jose, Calif.

The most buzzworthy of the new ventures is Facebook Spaces, a virtual reality app. Instead of simply exchanging messages and media with friends via your traditional Facebook page, Spaces will allow you to hang out with them in a virtual space of your choosing. After creating an avatar based on any of your photos, you can meet and chat with other users. Maybe you’d like to gather around a picnic table with old friends, or plan a vacation itinerary by “visiting” all the places you’d like to see, or read a bedtime story surrounded by your grandchildren while sitting in a (virtual) enchanted forest.

Of course, you’ll need certain virtual reality gear before you can even visit Spaces. For now, it’s available only to people who own the Oculus Rift headgear, and Facebook’s teaser videos show people also wearing Oculus Touch handsets, which allow participants to manipulate objects in VR.

Virtual reality currently occupies a fairly small niche among consumers, but analysts expect it to go mainstream soon, and with Spaces, Facebook aims to be ready. The company is also positioning itself at the forefront of augmented reality, which, instead of building a virtual world, allows users to manipulate the physical world around them using the Facebook camera app and their smartphone. AR has proved a tough nut to crack (remember the now-discontinued Google Glass?), but last summer’s Pokémon Go phenomenon revealed its huge potential, and Facebook CEO Mark Zuckerberg envisions many uses.

“Think about how many of the things around us don’t actually need to be physical,” Zuckerberg told the New York Times this week. “Instead of a $500 TV sitting in front of us, what’s to keep us from one day having it be a $1 app?”

The virtual and augmented-reality ventures point toward Facebook’s future, but the company announced updates to its Messenger chat application, too, that will go into effect immediately.

Along with upgrades to M — Facebook’s virtual-assistant version of Apple’s Siri and Amazon’s Alexa — the company has integrated more artificial intelligence capabilities into Messenger. So if your friend sends a message about getting together for coffee, Messenger will automatically suggest nearby cafes as a meeting spot.

Sure, it’s a convenience for users, but that sound you hear is Facebook’s cash register ringing once again. You can bet that all sorts of businesses will pay up to be included among the messenger suggestions and that the AI technology will expand and eventually play a big part in Facebook Spaces and its AR projects. More than ever, as much as you’re using Facebook, Facebook is using you.